(ORDO NEWS) — The Tianwen-1 probe circled the planet more than 1,300 times. China has unveiled stunning images of the surface of Mars taken by spacecraft.

The Tianwen-1 probe has successfully taken pictures of the entire planet, including its south pole.

The South Pole is of particular interest to scientists as this icy region could play a key role in figuring out whether the planet could be home to alien life.

Now, China has taken satellite images of the region – and the rest of the planet – in great detail.

It has circled the planet more than 1,300 times since arriving on Mars early last year.

China’s Tianwen-1 lander successfully reached the Red Planet in February 2021 as part of the country’s first mission. Since then, a robotic rover has been deployed on the surface, and an orbiter has surveyed the planet from space. 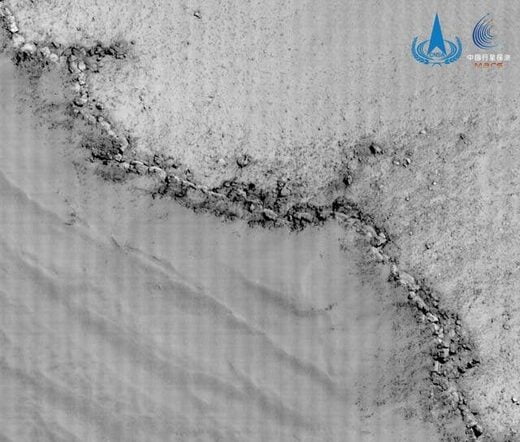 Among the images taken from space were the first Chinese photographs of the Martian south pole, where almost all of the planet’s water resources are locked up.

In 2018, an orbital probe operated by the European Space Agency discovered water under the ice at the planet’s south pole.

The detection of subsurface water is key to determining the planet’s potential for life, and also provides a permanent resource for any human exploration of the planet. 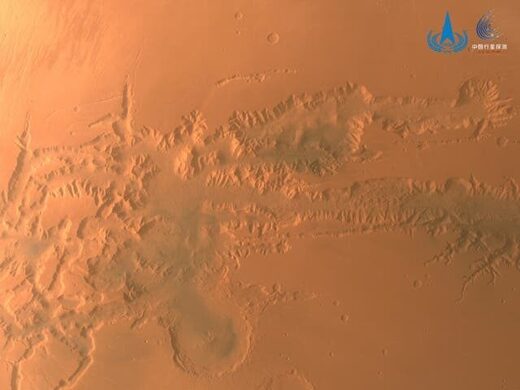 Other images from Tianwen 1 include photos of the 4,000-kilometer (2,485-mile) Valles Marineris canyon and the impact craters of the northern Mars highlands known as Arabia Terra.

Tianwen-1 also transmitted high-resolution images of the rim of the huge Maunder Crater, as well as a top-down view of the 18,000-meter (59,055 ft) Askrai Volcano, a large shield volcano first discovered by NASA’s Mariner 9 spacecraft over five decades ago. .