(ORDO NEWS) — The Chinese spacecraft Tianwen-1, orbiting Mars , has taken incredible selfies against the backdrop of the alluring surface of the Red Planet.

One of the epic images released by the China National Space Administration (CNSA) over the weekend shows a close-up of Tianwen-1 and its solar array flying over Mars’ north pole.

Another image (below) shows the entire spacecraft for the first time – a dizzying perspective that looks like it was taken from a sci-fi movie. To implement this, the device had to release a small camera , which, moving away from Tianwen-1, took a picture and transmitted it, which in itself is a technological achievement.

View of the North Pole of Mars from Tianwen-1

The Tianwen-1 spacecraft, carrying the descent module and the Zhurong rover, was launched in July 2020 and entered orbit about seven months later. On May 15, 2021, the module and the rover made a soft landing on the surface of the Red Planet. 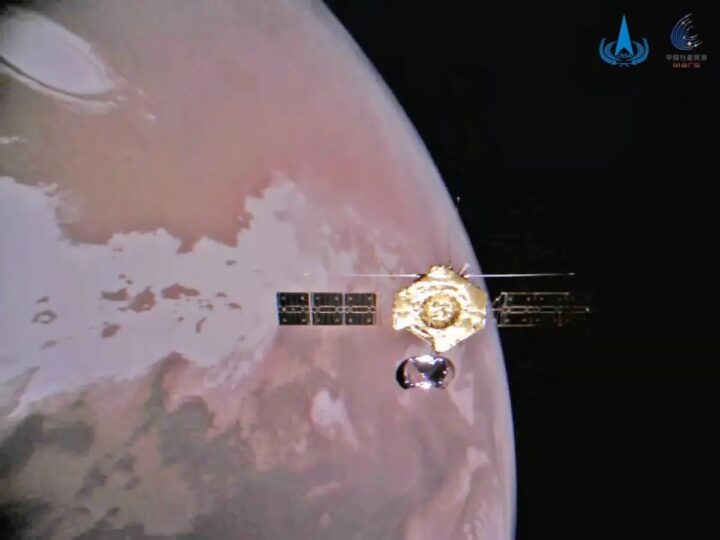 According to CNSA, Zhurong covered over 1,370 meters in 224 days, which is an amazing achievement considering the rover’s mission was only calculated for three months.

“Tianwen-1 received and transferred nearly 540 gigabytes of data,” according to a CNSA statement. “It still has sufficient energy and is in good condition.”

Most likely, in the near future we will hear more interesting things about the mission of the orbiter, as it studies the geology and magnetic field of the planet. The North Pole of Mars is of particular scientific interest, as it is believed to contain giant deposits of water ice – an important aspect of survival on Mars if we plan to colonize it. 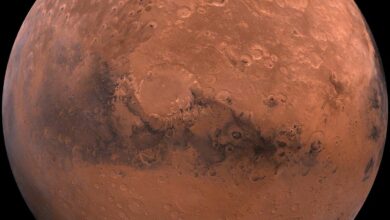