(ORDO NEWS) — EAST set a new world record: it warmed up five times stronger than the Sun, having worked in this mode for about 17 minutes.

Chinese scientists have set a new record for the operation of the EAST fusion reactor. During the experiment, he was able to reach a temperature of 70 million degrees Celsius, having worked so for about 17 minutes. This was reported by Xinhua, the official news agency of the PRC government. 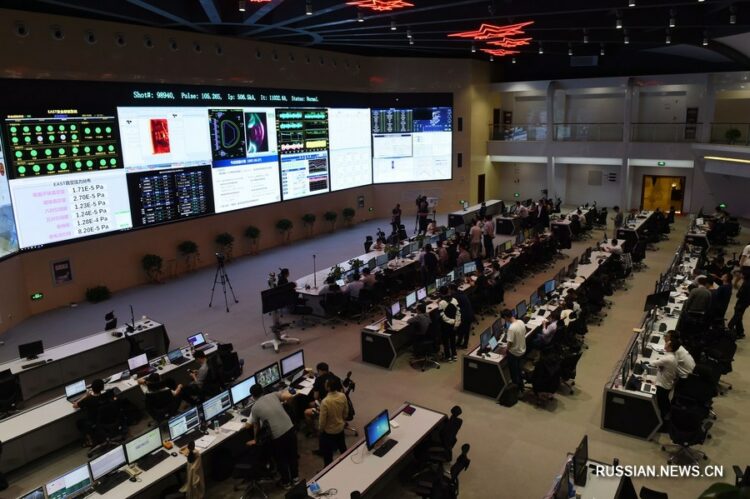 Prior to this, the duration record was held by Korean physicists. Using the KSTAR tokamak, they were able to hold a plasma at a temperature of 100 million degrees for 20 seconds.

EAST is called “artificial sun”. It is located in Hefei city in Anhui province in the east of China. The owner of the reactor is the Institute of Plasma Physics at the Academy of Sciences of the People’s Republic of China.

The device is a modified version of the HT-7 tokamak, which was built in the early 1990s. Russia provided active assistance in this. Today EAST is one of the few such installations with a completely superconducting magnetic system based on niobium-titanium conductors.

The inside of the reactor vacuum chamber was completely lined with metal tiles. At the bottom of the chamber is a tungsten divertor, which is water-cooled.

EAST work is part of a program aimed at creating an international experimental thermonuclear reactor. Note that many scientists consider thermonuclear energy to be the ideal “final energy” for the future of the Earth.

Despite the obvious successes of Chinese researchers in this direction, it is too early to draw far-reaching conclusions. According to experts, even 120 million degrees for one and a half minutes is probably not enough for an industrial thermonuclear reactor.

According to the plans, it will generate about 500 megawatts of thermal energy and 200 megawatts of electricity. They want to complete the construction in 2025.

In China, the thief was caught thanks to a mosquito he killed at the scene of the crime

In China, the thief was caught thanks to a mosquito he killed at the scene of the crime