US, WASHINGTON (ORDO NEWS) —  The municipality of Beijing closed two markets Friday, postpone the return of students and suspended sports competitions following the appearance of three new cases of Covid-19, after two months without any contamination.

China, the first country affected by the virus in late 2019, has since managed to considerably curb the contagion, which has fallen in recent weeks to a handful of new cases every day. And the majority concerns Chinese nationals who have returned from abroad.

But the city of Beijing reported on Thursday a new case of contamination of unknown origin, followed by two others on Friday. 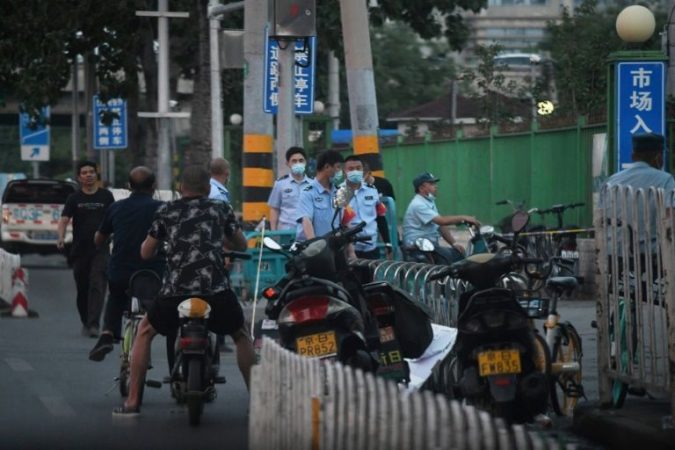 The last case so far recorded in the capital dates back to mid-April.

The last two patients identified are employees of the Meat Research Center. One of them had recently gone to the city of Qingdao (east), officials of the Beijing city hall said to the press.

Two Beijing markets where these two people had gone were closed on Friday completely or partly before disinfection, according to the Beijing Daily.

Dozens of police were surrounding the area, AFP journalists said.

The authorities have also decided to postpone for an indefinite date the return of pupils from three primary classes, initially scheduled for Monday.

Pekinese students have gradually resumed lessons in waves since the end of April, after three months of forced vacation and distance education.

All sports competitions are also suspended until further notice, the city of Beijing announced late Friday in a statement.

According to official figures, the Covid-19 contaminated 597 people in Beijing and left nine dead.

The announcement of new cases aroused concern on social networks.

“Beijing will be out of control! Prevention must be improved quickly! A second wave is likely to happen,” worried a user of Weibo, the equivalent of Twitter in China.

“I’m trembling with fear (…) I’m going to buy other masks. I hope it will be over soon,” said another.