(ORDO NEWS) — Researchers from the United States conducted an experiment and found that six-month-old babies born in the first year of the pandemic scored low in cognitive and motor skills.

In August last year, other scientists already announced the low IQ of children born in a pandemic. Their level of intelligence was more than 20 points lower than that observed 10 years earlier in babies who were lucky enough to be born before the global outbreak of Covid-19. True, then the work was published only in the preprint database.

This time, specialists from Columbia and California Universities and the New York State Psychiatric Institute (USA) conducted another study and published its results in the journal JAMA Pediatrics .

The work involved 255 children born at Morgan Stanley Hospital in New York from March to December 2020, as well as 62 children born before the pandemic. Nearly half of the mothers in the study had a coronavirus infection during pregnancy, although most of them were mildly or asymptomatic

It is known that babies born to mothers who have had a viral infection during pregnancy have a higher risk of developing pathologies of the nervous system and brain. Therefore, scientists assumed that they would find some changes in the development of such in children whose mothers were sick with Covid-19 while pregnant. The researchers were very surprised when they did not find any connection between the transferred coronavirus infection in mothers and pathologies of the nervous system in children.

But the pandemic had an impact on the motor and cognitive skills of these babies. This was shown by the results of questionnaires to assess the development of the child, to which the mothers responded. Scientists believe that the huge stress that people experienced in the first year of the spread of Covid-19 played a big role here .

This is indirectly indicated by the fact that no significant differences in the development of children whose mothers contracted the coronavirus during pregnancy and who did not have it were not found.

However, we also did not find very large differences in the indicators of such skills between children born before the pandemic and during it. We are talking only about a higher frequency of delays in the development of the above-named functions, small shifts in average scores between those and other children.

However, even these small changes, according to researchers, require closer attention, since at the level of entire states they can have a significant impact on health and the health of the population in general. This is known from the experience of other pandemics and natural disasters.

Do young children have a sense of morality?

Do young children have a sense of morality? 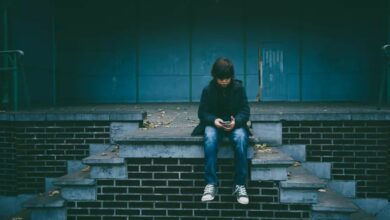