US, WASHINGTON (ORDO NEWS) — The situation in the exclusion zone near the Chernobyl nuclear power plant remains a fire hazard: a forest burns there, and new fire centers are formed every day. About this to the channel “112 Ukraine” said the speaker of the State Emergency Situations Service (SES) in the Kiev region Victoria Ruban.

According to her, due to gusts of wind on April 16 near the village of Korogod, Kiev region, new fires arose. Rescuers and special equipment were transported there, and now there is no open fire there.

Meanwhile, due to drought and strong winds, a dust storm hit Kiev. According to a Facebook expert at the FOBOS Weather Center, Evgeny Tishkovets, this is an unusual occurrence for the Ukrainian capital.

“Experts associate it with long- term natural fires in the Zhytomyr region and in the Chernobyl exclusion zone, as well as with the intensification of northwestern flows in the lower atmosphere, which brought ash, small soil particles and microscopic combustion products,” Tishkovets said. According to him, “the wind has done its dirty deed.”

The expert noted that Kiev has become the city with the most polluted atmosphere in the world due to the city of smog.

“The air pollution index in Kiev was 196 units, while in some neighborhoods of the city it now reaches 532 units. In normal times, it does not exceed 150 units,” Tishkovets said.

Residents of Kiev are advised to stay at home and not open windows, since the air contains combustion products. The residents themselves complain about the smell of burning.

The Ukr Hydromet Centre, however, notes that smoke from the vicinity of the Chernobyl nuclear power plant could not enter Kiev due to the north-west direction of the wind.

“The smoke that was observed in the capital was caused by a dust storm and the movement of combustion products from the Zhytomyr region,” the press service of the State Emergencies Service of Ukraine quotes the director of Ukrhydromettsentr Mykola Kulbidu. “The direction of the wind was north and west-north.

Monitoring of the situation in the Chernobyl zone is carried out by the Russian Emergencies Ministry. About it, as conveys Interfax, Kremlin spokesman Dmitry Peskov said.

“We have the Ministry of Emergency Situations, which carry out the necessary monitoring, evaluate the situation,” said Peskov, answering a question about how the Kremlin assesses the danger of smoke from fires in the Chernobyl region for Russia. 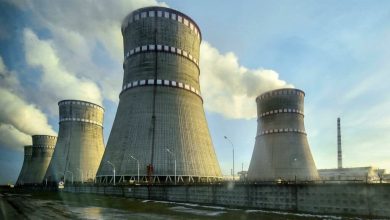