(ORDO NEWS) —Jake DeMarco , a 38-year-old Australian citizen, was shocked when he recently viewed video from a security camera installed in the backyard of his home in Melbourne.

In this video, it turned out that his young black dog named Ryder was playing with some strange dog.

At the same time, the camera perfectly portrayed Ryder, but it shot his partner in games very poorly, showing only a half-blurred whitish silhouette .

Everything looked as if this strange dog was not an ordinary dog, but something like a ghost.

The creature Ryder was playing with definitely behaved like a dog, was four-legged, and was about the same size and shape as Ryder. 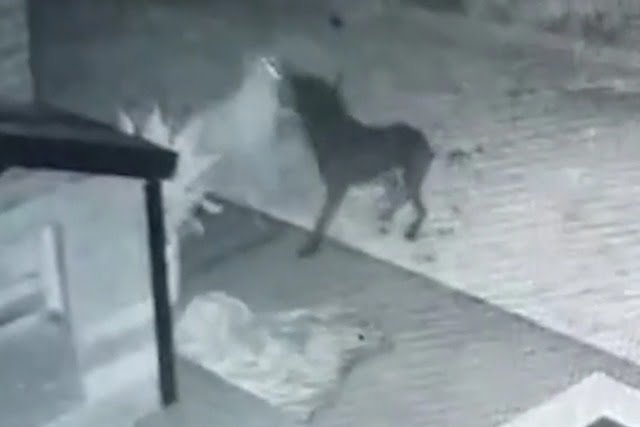 According to DeMarco, this second dog could not be real, because his yard is surrounded by a high and strong fence, over which no dog can jump.

In addition, DeMarco noticed the two dogs playing on the camera screen in real time, not in the recording, that is, Ryder was playing with the mysterious dog right at the moment when DeMarco looked at the screen.

But when DeMarco immediately ran out into the backyard, he found there only his black dog and no trace of the second dog . He also did not find this dog in his neighbor’s yard.

DeMarco doesn’t know how to explain this. He is very scared by what he saw and compares the footage to the horror movie Pet Sematary.