There is a special scale of volcanic activity, which takes into account the volume of erupted rocks and the height of the pillar of smoke. The upper value is 8 points – this is the “super-eruption”. During it, more than 1,000 cubic kilometers of ash are thrown to a height of more than 25 kilometers. But even a six-point eruption can cause the effect of a “volcanic winter” when a serious cold snap sets in on the entire planet.

For example, in 1991, when the “Mount of Fire” Pinatubo exploded on the Philippine island of Luzon, the average temperature on Earth dropped by 0.5 ° C. Fortunately, we only know about eruptions of magnitude 8 from historians.

The North American super volcano Yellowstone has woken up three times over the past 2 million years, the last time about 75 thousand years ago. From the explosions, mountain ranges disintegrated, emissions rose to the upper boundary of the stratosphere, and ash covered a quarter of the continent.

Another such disaster can threaten all life on the planet: ash in the atmosphere will block sunlight for years, plants will stop producing oxygen, algae in the ocean will die, food chains will be interrupted, many species will die out from hunger and frost. The most unpleasant thing is that mega-eruptions cannot be predicted, so we live in the literal sense “on a powder keg.” 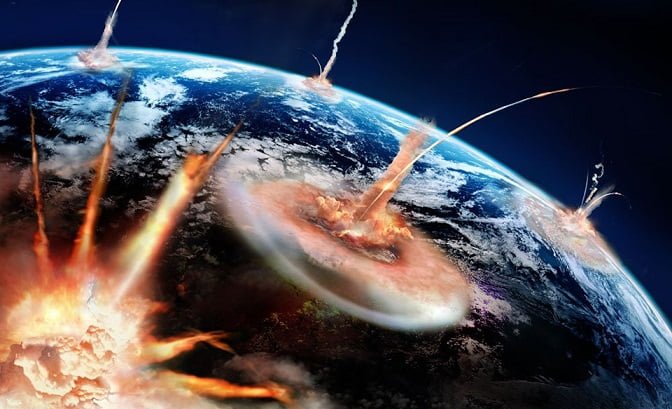 But supervolcanoes are far from the only threat to life on Earth. The list is quite long, and the first on it is the global nuclear war. There are several lethal factors in it at once, and each next one is worse than the previous one.

The shock waves of nuclear explosions will destroy cities, sweep away forests and water bodies. The level of radiation will rise many times over, causing damage to living tissue and subsequent mutations. The destroyed infrastructure and lost technologies will roll humanity back several centuries.

Deadly epidemics, gigantic fires and floods will break out. Then comes a nuclear winter, much like a volcanic one, and those who survive the bombing will die during the next dark and cold years. 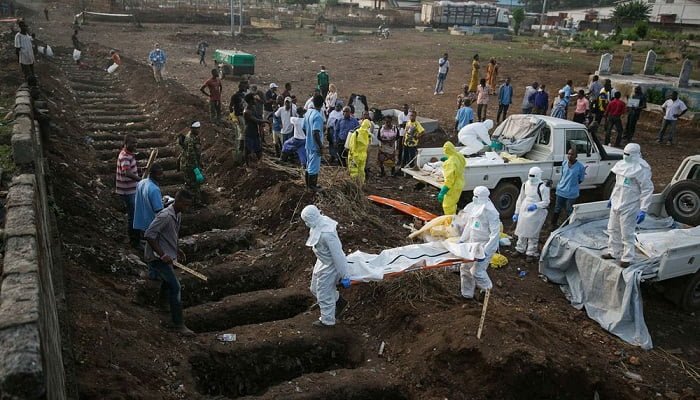 By the way, about epidemics. Recent events have shown that humanity is not yet able to quickly and effectively respond to biological threats, and the emergence of even one new virus leads to a significant reduction in the population.

No one will give exact numbers yet, but by the end of the coronavirus pandemic, there will be tens of millions of us on the planet. Of course, viruses most often threaten one or two species, but if among them there is one who can completely destroy humanity, it will no longer matter to us whether we died along with the rest of the biomass or not. 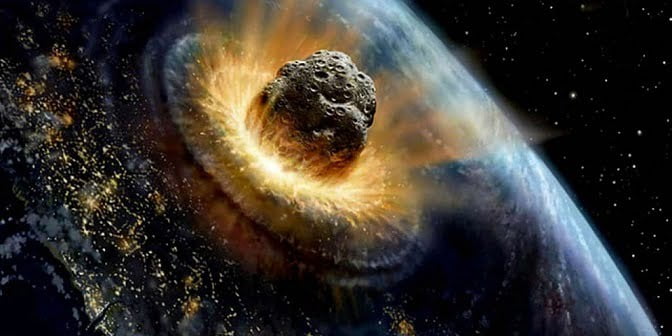 All these, if I may say so, are “internal” threats. Life on our planet can also disappear for reasons that come from outside. The first thing that comes to mind is the fall of a giant meteorite. Today, most scientists are sure that it was the “cosmic cobblestone” that killed the dinosaurs. About 66.5 million years ago, a 10-kilometer asteroid collided with Earth. The force of the explosion was 2 million times greater than the most powerful thermonuclear bomb ever created by mankind.

All possible misfortunes that one can imagine have hit the planet: the ejection of trillions of tons of rocks, a powerful shock wave, terrible hurricanes, tsunamis, extensive fires and many years without sunlight, when the day was as dark as a moonlit night, and the average temperature dropped by 26 ° C. Almost all earthly life died, and dinosaurs – the most numerous and diverse species of that time, inhabiting all continents – completely died out.

Space can send us other deadly “greetings” as well. A possible super-powerful solar flare could seriously affect the earth’s climate, and in addition, paralyze the work of all electronics. Humanity will be left without communication, almost all the accumulated data, transport, medical equipment, industry will stop working, and a new Middle Ages will begin with wars, epidemics and other misfortunes.

A supernova burst less than 10 light-years away will trigger a massive burst of energy known as a gamma-ray burst. Life on the side of the Earth that will face a supernova is guaranteed to perish immediately, and all living things on the “shadow” side – a little later.

Unfortunately, humanity cannot influence any of the above options. The only thing that calms us down is statistics. The probabilities of all these global catastrophes are rather small: supervolcanic eruptions, supernova explosions, and giant asteroid falls are quite rare, even by geological standards.

There is still a danger, and therefore the only possible way to save civilization is to go out into space as soon as possible, master interstellar travel and find (or build) a new home for humanity.

Of course, this will not happen tomorrow or the day after tomorrow, but let’s believe we still have time. The main thing is not to die at your own hands, by organizing a nuclear war, a global ecological catastrophe or building a powerful artificial intelligence that one day decides that the planet does not need people as a species.

I really want to hope that humanity will be smart enough to avoid all this. Though…