(ORDO NEWS) — Tesla recently discovered that nearly half a million of its vehicles were experiencing a phantom braking problem. Cars would suddenly stop on the roads, even if there were no obstacles. After the company received hundreds of complaints, an investigation began.

The National Highway Traffic Safety Administration (NHTSA) of the United States will study the problem and investigate cases of phantom braking. The investigation will affect all Tesla Model 3 and Model Y vehicles produced in 2021 and 2022.

When the problem came

“Phantom braking” was first reported last fall , when Tesla was forced to roll back an update to its Full Self-Driving driver assistance system due to problems with unexpected forward collision warnings and “phantom braking”.

After the rollback, the number of complaints about an unexpected and unreasonable emergency stop increased dramatically. The NHTSA received 107 complaints about this issue from November to January , compared to 34 complaints in the previous 22 months.

Now, the NHTSA says it has received 354 “phantom braking” complaints in the past nine months, alleging that a vehicle unexpectedly applies the brakes while driving at high speed. Applicants report that emergency braking can occur without warning, accidentally, and often several times in a single trip.

US government agencies are investigating

The NHTSA’s Vehicle Defect Investigation Authority has begun the pre-evaluation phase prior to a formal recall. The report notes that to date, there have been no reports of accidents, injuries or fatalities as a result of this problem. However, drivers complain that this behavior of cars greatly frightens passengers and can lead to a serious accident.

What is the cause of the problem

At present, the exact source of the problem is unknown, but Western media reports that the problem may be related to Elon Musk’s controversial decision to eliminate a number of radar sensors from the new Model 3 and Model Y cars. The head of Tesla decided that the driver assistance system could function normally relying solely on cameras.

Despite CEO Elon Musk’s claims that Tesla’s priority is safety, there have been ten recalls of branded vehicles since October last year due to problems ranging from a faulty trunk locking mechanism and a faulty windshield defroster to a mode that allows the car to continue driving in spite of STOP sign.

The company is also under investigation over a dozen incidents involving Tesla cars crashing into emergency vehicles while using autopilot. 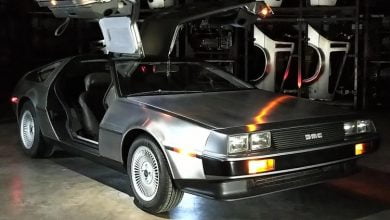