(ORDO NEWS) — The new technology makes it possible to “cleanse” the cells of a donor organ from blood group antigens and transplant them into patients with any group.

The shortage of donor organs remains one of the most pressing problems in medicine. There are not enough of them for all those who need them, moreover, transplantation is often limited by incompatibility problems.

In particular, it is impossible to carry out implantation from a donor with a blood type that does not match the blood of the recipient. However, new technologies make it possible to turn organs into “universal” ones, “nullifying” their blood group antigens. Canadian scientists have already demonstrated this possibility in the lungs.

Recall that blood groups are determined by a set of antigens present on the surface of red blood cells and some other body cells. In principle, dozens of blood group systems are known, but the main one is AB0, which is associated with the presence of α- and β-agglutinins.

In group IV (AB) carriers, the erythrocytes carry both of these molecules, making it unsuitable for transfusion to carriers of other groups who lack one or both of the agglutinins. Group I (0) is considered universal, since such erythrocytes do not have agglutinins, and the recipient’s immunity does not react to them.

For many years, doctors have been trying to find a method that allows you to turn the blood of one type into another or simply remove antigens from the surface of cells to obtain a universal group I.

Such work was carried out by scientists from the team of Professor Marcelo Cypel of the University of Toronto together with colleagues from other Canadian universities and clinics. 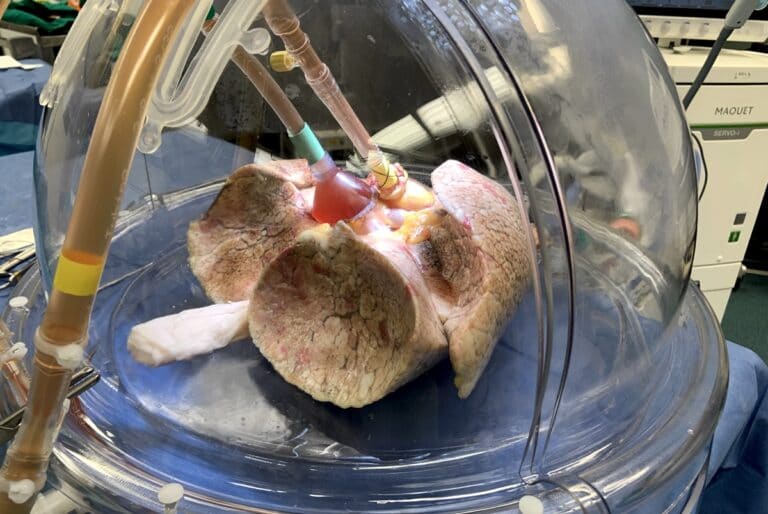 The experiments were carried out with lungs, for one reason or another, not suitable for transplantation in patients. They were placed in the EVLP system, which provides artificial blood pumping for the preservation and life support of donor organs.

Enzymes that change the blood type were added to the fluid sent to one lung; the second lung was supplied in the usual way. Then the scientists simulated the placement of organs in the body of a patient with an incompatible group, filling them with blood with a high content of the corresponding antibodies.

As expected, the second lung caused a violent reaction. But the first was practically not damaged by antibodies: more than 97 percent of the antigens from the surface of its cells were removed.

“This experiment opens the door to the creation of organs with a universal blood type,” the authors of the work noted . Already in the next year and a half, they plan to begin clinical trials of the new technology.