The idea put forward is not new. This winter, the UK launched a campaign to distribute vitamin D supplements free of charge to 2 million elderly and vulnerable people in the hope of reducing the risk of developing severe COVID-19. In November, the government attributed its decision to “the potential beneficial effects of vitamin D” against COVID-19. 20% of Britons, especially the elderly, overweight and black people, are deficient in this vitamin. Is there a scientific basis for the positive effect of vitamin D in the fight against COVID-19?

Vitamin D produced by the skin after sun exposure (which is actually a hormone) is also found in oily fish, egg yolks and some mushrooms. It is also present in fortified foods and as a medicine. Vitamin D is essential for bone growth and mineralization: a severe deficiency can lead to rickets in children and osteomalacia in adults. It is involved in many physiological processes, playing a large role in the immune process.

In recent months, several scientific studies have reported a large number of patients with vitamin D deficiency among people hospitalized with COVID-19. A study published September 3 in the journal Jama showed that the risk of testing positive for COVID-19 is higher in people with vitamin D deficiency. Finally, a cross-sectional analysis of data from Europe showed that deaths from COVID-19 in is significantly associated with vitamin D levels in the population. At the same time, the countries with the lowest rates have a higher number of infections and deaths.

“In addition, blacks and ethnic minorities, who are more likely to be vitamin D deficient due to darker skin tones, appear to be more infected with COVID-19 than whites,” the scientific journal The Lancet wrote in May. “. All of these factors lead some scientists to think that vitamin D may protect against COVID-19, as well as severe forms of the disease.

However, Professor Philippe Autier of the University of Strathclyde urges “to be wary of reverse causation.” “Now we know that the concentration of vitamin D in the blood drops sharply during the inflammatory process, be it acute (as with covid-19) or chronic. But the question of whether these low rates are a cause or a consequence of the disease remains unclear after three decades of active research, ”he explains. The scientist is inclined to the second hypothesis.

As evidence, he cites numerous clinical studies of the use of vitamin D in various fields as a treatment or preventive measure. They almost never led to positive conclusions. The only exception is a 2017 meta-analysis of 25 scientific studies that found that vitamin D intake reduced the risk of respiratory infections, especially in people with vitamin D deficiency.

In June, the UK’s National Institutes of Health decided against recommending vitamin D intake for the prevention or treatment of COVID-19 due to insufficient evidence of its effectiveness. He confirmed his opinion in September. “As with any drug, only selective clinical trials (with a placebo group) can provide a clear answer to the question of the effect of vitamin D on COVID-19. At the moment, this is not the case, ”summarizes Professor Olivier Lamy, head of the therapy department at the University Hospital of Lausanne.

Clinical trials should start at a hospital in Oslo. They determine if cod liver oil (rich in vitamin D) may be protective. 70,000 people will take part in the study. “At its best, vitamin D deficiency will be just one of many factors affecting covid-19. But there is good reason to believe that vitamin D, as an inexpensive and well-tolerated drug, can have positive effects, ”said Adrian Martino, a specialist at Queen Mary University of London. What happens with an overdose of vitamin D 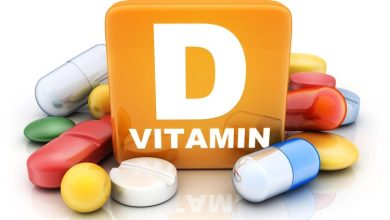