(ORDO NEWS) — Contrary to previous studies, new studies by scientists have shown that meditation is not able to cause structural changes in the brain in just a few weeks.

In a new study published in the journal Science Advances, scientists at the University of Wisconsin-Madison tested the idea that an eight-week mindfulness course could cause physical changes in the brain.

Previous research has shown that even some relatively simple mediation techniques can help rewire the brain by improving connectivity and even changing the volume of your prefrontal cortex, which is involved in complex cognitive behavior, personality expression, and softening social behavior.

However, the new study was unable to replicate these results.

The team rounded up 200 healthy people with no experience of meditation or mental health issues and asked them to undergo MRI brain scans.

After eight weeks of the experiment, the participants underwent another brain scan to see if there were any noticeable changes in their brains.

The researchers don’t quite understand why the results of their experiment differ from previous work. They suspect this may have something to do with previous studies in which participants signed up for mindfulness classes.

All of this is not to say that mindfulness and meditation are devoid of their benefits for mental health, cognitive acuity, and well-being.

First of all, the researchers admit that the participants only practiced mindfulness for eight weeks. Perhaps, they argue, people need to practice longer to see profound changes in the brain.

“We’re still in the early stages of research into the effects of meditation training on the brain, and we still have a lot to discover,” said study lead author Richard J. Davidson, professor of psychology and psychiatry at the University of Wisconsin-Madison. 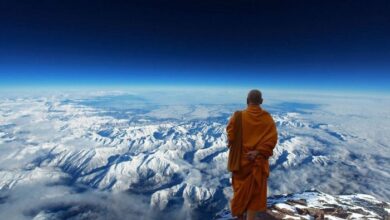 Power of meditation: Scientists have discovered monks with supernatural powers