The first line of the Odyssey begins, like much in ancient literature, with an appeal to the muses or gods. It was a common practice to ask, thank and implore otherworldly forces for inspiration and guidance in writing and storytelling.

The Muses themselves are usually divided into two different generations: “Elder” and “Younger”. The younger Muses are perhaps better known, as they were often depicted on Mount Olympus or in the company of Dionysus and Apollo.

Stories, music and dances were part of their entertainment repertoire, they performed in joy and in sorrow, as, according to legend, they even attended the funerals of Achilles and Patroclus, mourning the dead and their honors during their lifetime.

It was to the younger muses, as Hesiod called them in his Theogony, that Calliope, the muse of eloquence and epic poetry, belonged.

Calliope was the eldest of the Muses, born from Zeus and Mnemosyne (goddess of memory), supposedly conceived on the first night of marriage. Calliope was also the mother of Orpheus, whose father was the Thracian king Oyagros, who with his singing made “stones and trees move”. 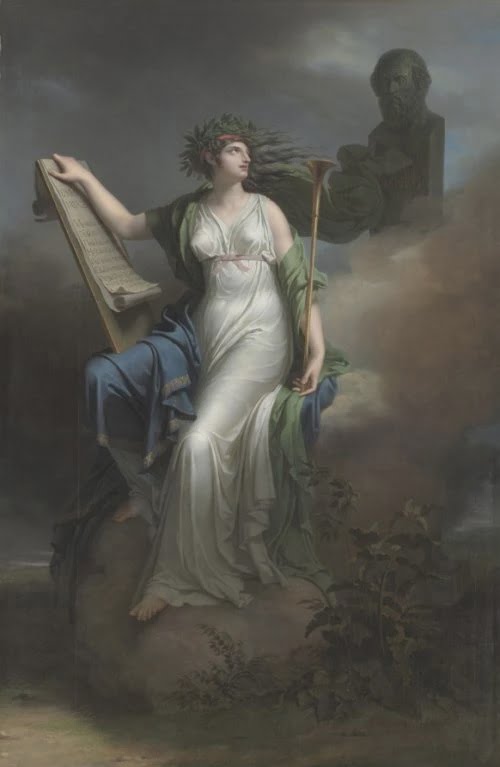 Calliope is usually depicted with a lyre, tablet or stylus, symbolizing her writing and verbal talents. In fairy tales, she usually appears not alone, but with her sisters, who complement each other.

Calliope, being the muse of eloquence, is naturally closely connected with the mortal world. It is said that it was she who endowed the kings with the ability to speak gracefully and authoritatively, when they were still babies, by anointing their lips with honey.

Thus, when babies grew up, they could “pronounce true judgments” and “soon wisely end even a great quarrel” (Hesiod, Theogony, 75). 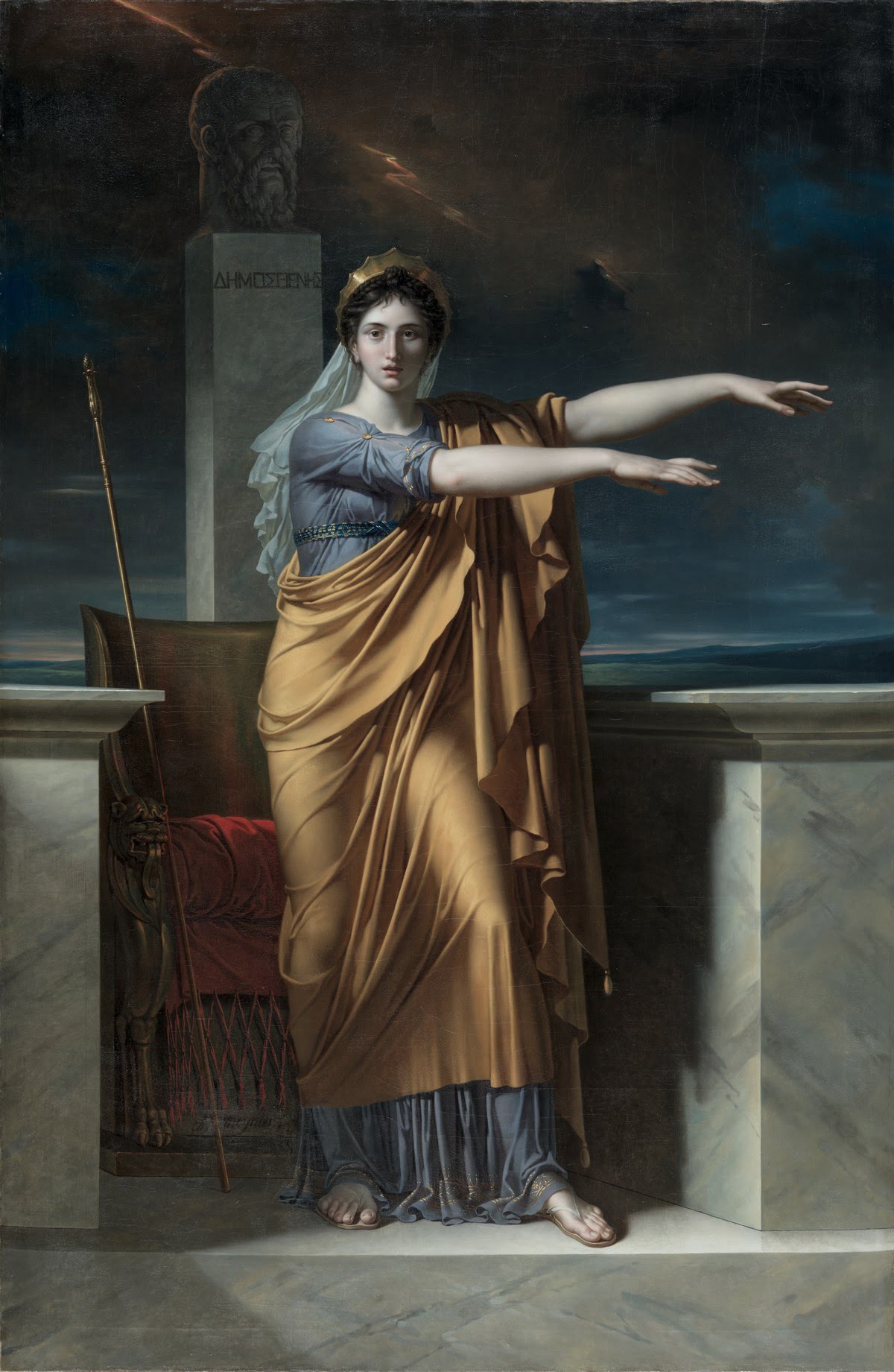 Since the Muses as a whole were incredibly influential in the world of mortals and gods, it is not surprising that they were depicted in detail in classical art.

The calliope, considered the eldest, the muse who stood at the head of her sisters, was a popular theme. She is depicted on dozens of Athenian red-figure vases, mosaics and sculptures. 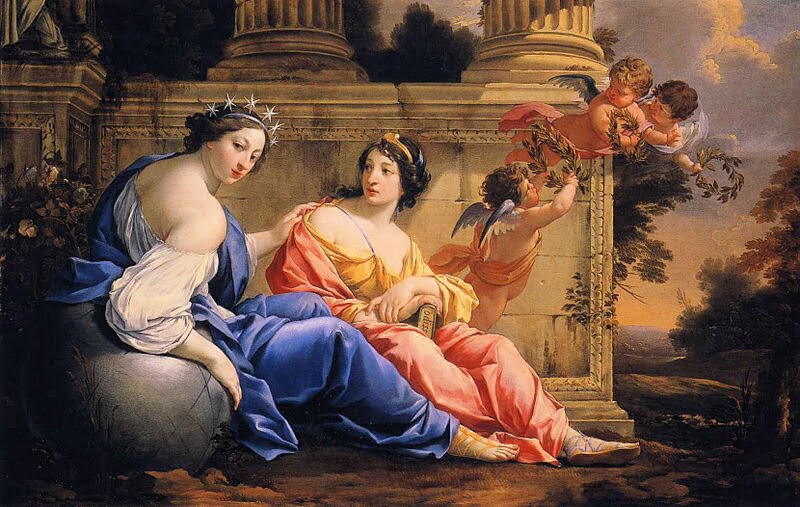 One famous image is on the François Vase, a large Attic volute crater made by the artist Ergotimos around 570 BC.

You can see her name on the upper belly of the vase next to the two horses, Zeus and Urania, with whom Calliope leads the procession. The remaining 7 Muses are depicted behind Zeus. Looking at the vase from the front, the Calliope occupies an interesting position of dominance. 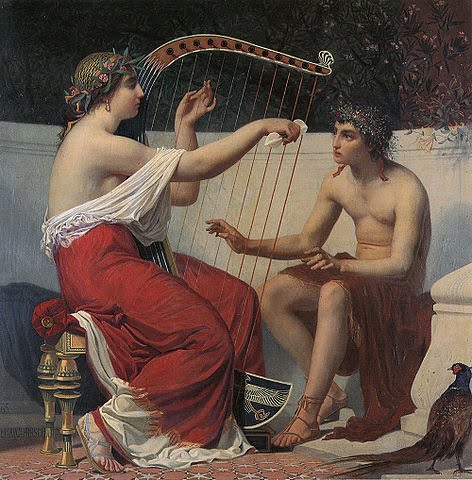 In later art, such as Charles Meigner’s 1798 painting, Calliope is depicted as the direct inspiration for the Homeric epics.

Although she is not specifically named at the opening of the epics – just the generic word “muse” is used to invoke an unearthly realm – Calliope is the oldest, best known, and associated with eloquence, making it likely that she was the supposed muse.

Other images of Calliope depict her in the classical style familiar to us: flowing clothes, a tablet or writing instrument, a strict but serene face. 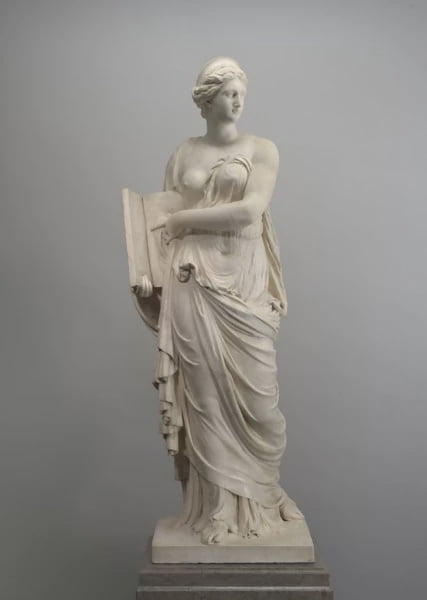 In general, the 9 Muses continue to be seen as a single entity, acting to achieve a common goal. However, Calliope is presented and revered as one of the most prominent muses, no doubt due to the fact that she is closely associated with the Homeric epics and the exploits of the leaders. She operates directly behind the scenes, never being away from the action.