(ORDO NEWS) — Astronaut Buzz Aldrin once spoke of a monolith on one of Mars’ moons that sparked years of controversy and intrigue among space explorers. What did he mean and is there this mysterious object?

According to comments made by Buzz Aldrin in the early 2000s, the Red Planet has a lot to offer us. Mars has two moons, Phobos and Deimos.

Buzz, the second person to set foot on the surface of the Earth’s natural satellite, reported that there was a monolith on Phobos that was waiting for humanity to discover it. 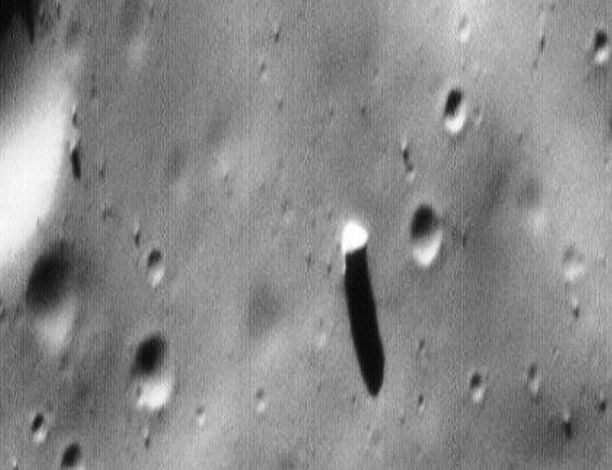 Images of the mysterious monolithic object were first taken back in 1998 by the Mars Global Surveyor. It is a boulder about 85 m across and 90 m high, which was previously described as “the size of a building.”

In the original image, it casts a massive shadow, enhancing its visibility on the surface of Mars.

In an interview with C-Span in 2009, Buzz Aldrin talked about the Moon’s future potential for humanity and how it would revive public interest in space.

And by the end of the conversation, he reported on the monolith on the moon, which caused people’s surprise.

He said: “Visit the moon of Mars (Phobos), there is a monolith, a very unusual structure on this small object that circles Mars once every seven hours.”

This immediately sparked all sorts of alien theories, especially since the very concept of “monolith” makes reference to Stanley Kubrick’s 2001: A Space Odyssey.

However, Buzz continued, “Well, the universe put him there. Or, if you prefer, God put him there.”
Monoliths are natural objects that can also form on Earth, they are geological features that consist of one massive piece of rock.