(ORDO NEWS) — The find was made as maintenance crews were preparing to install scaffolding before restoring the spire of the 800-year-old cathedral, which survived a huge fire in the spring of 2019. 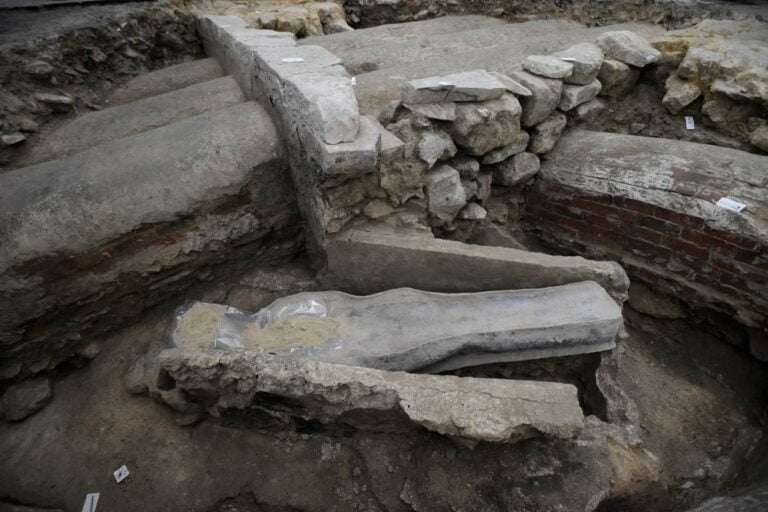 Lead sarcophagus found in the foundation of the cathedral

Several burials and a lead sarcophagus were found in the foundation of Notre Dame Cathedral. They were tentatively dated to the 14th century, AFP reported , citing the French Ministry of Culture.

The find was made during the reconstruction of an 800-year-old building that was damaged by a fire in 2019, more precisely, during the construction of scaffolding to restore the central spire, in the place where the transept (transverse nave) crosses the main nave. 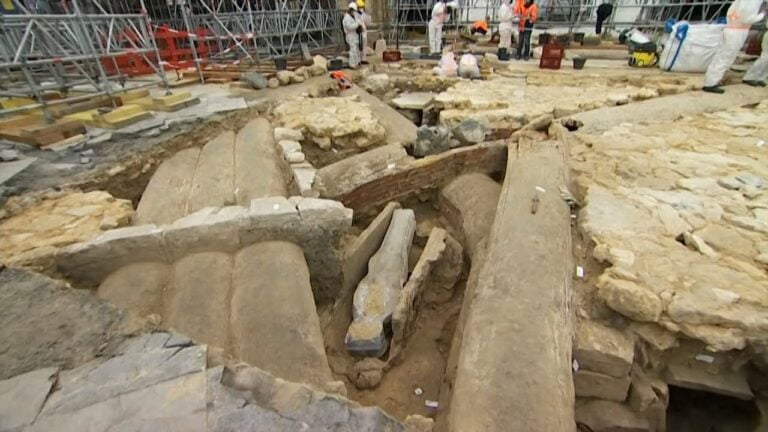 So far, little is known about the discovery: a lead sarcophagus in the shape of a human body was probably intended for a high-ranking dignitary. The coffin rested in the middle of brick pipes (a 19th-century underground heating system) and was well preserved, but slightly deformed under the weight.

Inside, there are still pieces of fabric, hair and a pillow of leaves. Also, fragments of painted sculptures were found under the floor of Notre Dame – most likely, this is part of the 13th-century partition that separated the altar from the nave. 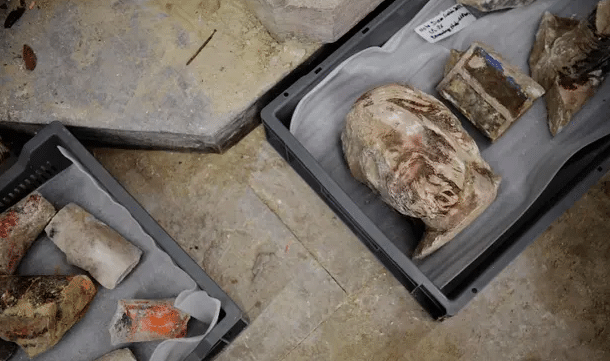 Head of a man among other finds 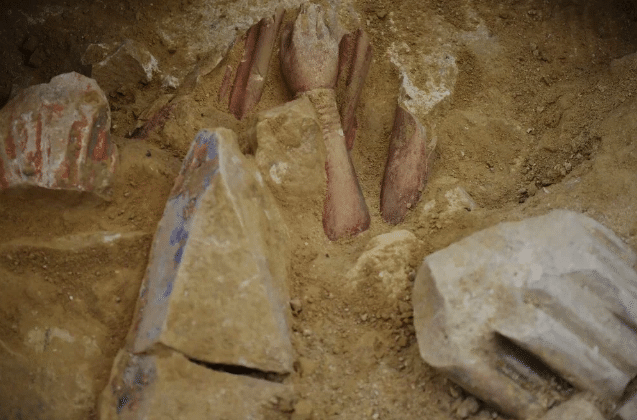 Archaeologists have a little over a week to complete the study of the finds. Then the reconstruction work will continue, as the opening of the revived symbol of Paris is scheduled for 2024. 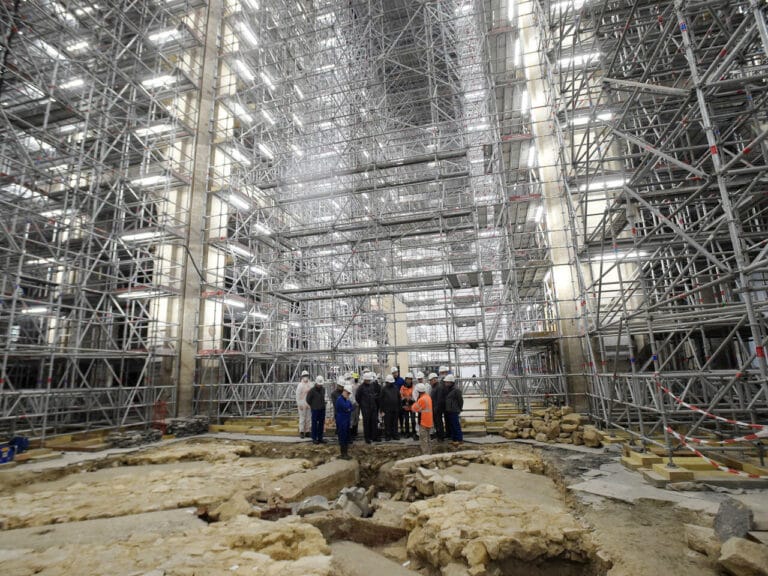 Archaeological group against the backdrop of scaffolding in Notre Dame

The fire in Notre Dame Cathedral occurred in April 2019: the fire destroyed the wooden roof frame from the original oak beams, collapsed the spire, but did not affect the main relics that were stored inside.

Initially, the police considered the version of arson. However, today it became known that the investigation, which lasted two years, finally came to an end. As a result, law enforcement agencies came to the conclusion that the fire was not intentional.