(ORDO NEWS) — Bees play an incredibly important role in ecosystems: almost all species of these Hymenoptera insects are indispensable in the reproductive cycle of flowering plants. However, in the past few decades, there has been a sharp decline in the populations of most members of the vast family of bees. One of the effective methods of compensating for such a negative trend, oddly enough, can be certain practices of operating solar power plants.

An interesting idea was presented by Hollie Blaydes, an employee of Lancaster University (Great Britain) at the online conference Ecology Across Borders , which takes place from 12 to 15 December. As the portal Phys.org writes , an article with a detailed description of the study has not yet been published, but is under review.

The fields of solar panels occupy a large area and cannot be located at a significant distance from electricity consumers. Therefore, they compete for land both with agricultural land and with ecosystems that are especially vulnerable to human activity.

As a result, many conflicts of interest are born, but the results of Blades’ scientific work promise to reduce the negative effects from at least two of them: the problem of the economic attractiveness of both solar power plants (SPP) and farms, as well as the detrimental impact on the environment.

The British researcher and her colleagues were interested in the issue of interaction between a species of insect-pollinators from the genus of real bees – bumblebees, widespread in the country – and SES, which are becoming more and more in Foggy Albion.

Scientists turned to theoretical research before embarking on costly and time-consuming field work. They used a combination of the well-proven computer model of pollination of plants by bees Poll4Pop and a geographic information system ( GIS ).

In virtual reality, researchers have recreated many different types of solar power plants with photovoltaic panels – the very fields of solar panels that cut into rural landscapes in blue and black squares. The differences were mainly in the way of caring for the land on which the SES was located. It turned out that under certain conditions, such man-made structures can greatly contribute to an increase in the number of bumblebees.

Typically, the solar power plant managers of the company simply mow all the grass under the panels, turning the used area into a huge lawn. However, if you look after this area like a meadow, the role of the power plant in the ecosystem changes dramatically. It becomes not a practically lifeless green desert, but a full-fledged participant in the biocenosis.

A single change in the strategy of caring for the land under the SES can quadruple the number of bumblebees within a kilometer radius of it. And this, in turn, will have a huge impact on the efficiency of pollination of all surrounding flowering plants.

Thus, SES from a competitor for land turns into a valuable assistant for agriculture. Moreover, the British farmers have already begun to note the alarming effect of the decline in the “livestock” of bees . And for the local ecology, solar panels will be able to benefit, leveling the damage caused by construction and “weaning” from the nature of the site.

Considering that for a full-fledged “greening” of the UK energy system, the area of ​​solar power plants with photovoltaic panels must be radically increased (from the current 14 thousand hectares to more than 90 thousand), the extra advantages from their installation will not hurt.

Nevertheless, as noted by Blades, the work done by her together with colleagues is still only theoretical. But on the basis of such promising modeling results, practical observations can already be made and the actual difference between SES with a meadow and a lawn under the panels can be estimated.

True, the problems in the implementation of the management strategy proposed by the researchers are also understandable. For example, now the management companies of such power plants receive two-year contracts, so long-term maintenance of the land under the solar power plant is not always included in the business plan. 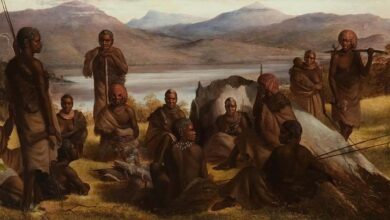