And now in the UK, a mysterious contagious disease is spreading among birds that turns them into zombies with twisted necks. 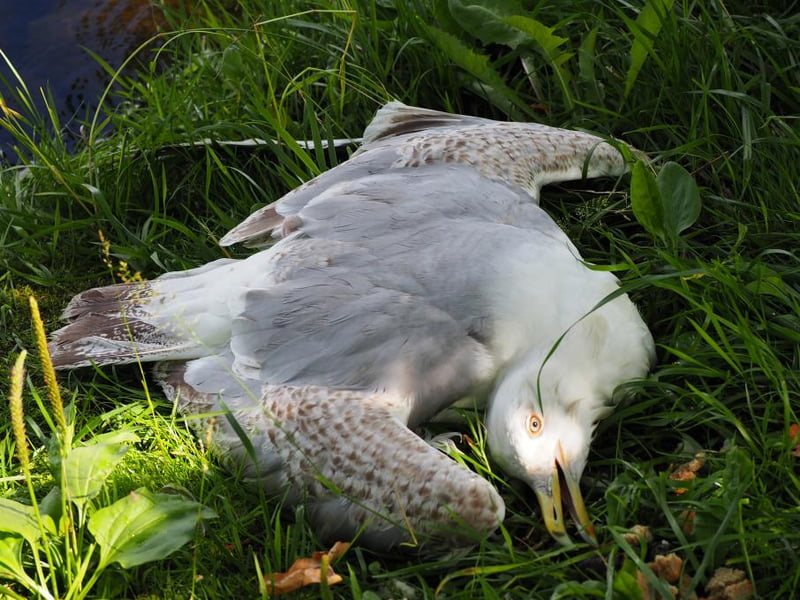 As the New York Post reports, the Jersey Society for the Prevention of Cruelty to Animals (JSPCA) has shared a warning with striking photos of pigeons with twisted necks.

They noted that the number of such birds entering the JSPCA animal shelter has increased over the past few weeks. Birds are showing neurological symptoms caused by paramyxovirus, experts say.

Pigeon paramyxovirus can cause symptoms such as deformed necks and extremely thin bodies that render birds unable to fly and walk in a straight line or move quickly.

At the same time, The Sun reports that the disease turns the birds’ feces green and causes them to die a few days after infection. In some birds, trembling and paralysis are combined with an unwillingness to eat.

A spokesperson for the JSPCA animal shelter said that PPMV also infects domestic birds. Infected birds sometimes injure themselves as a result of their inability to balance or fly well.

The disease is highly contagious and can be spread through feces and other secretions. Birds that survive a viral disease are humanely euthanized to prevent them from infecting others.

PPMV may survive longer during the wetter, colder months, which means cases are most common during the winter months. Humans cannot contract this disease.

The report of birds in the UK contracting the virus comes a month after 155 sites across the country reported an outbreak of bird flu that resulted in the culling of three million birds.

The Kingdom has already set up several bird flu prevention zones in affected areas such as Norfolk, Suffolk, parts of Essex and the entire South West of England. There is currently concern among poultry farmers that this could affect their livestock and Christmas turkey supplies.