US, NEW YORK (ORDO NEWS) — At least 30 Yemeni forces loyal to the internationally recognized government were killed in an attack on Sunday morning with missiles and drones targeting a government military base in southern Yemen, according to medical and military sources.

A government spokesman accused the Houthi rebels of being behind the attack on Al-Anad Air Base in Lahij Governorate, the largest military air base in the war-wracked country. No one claimed the attack. 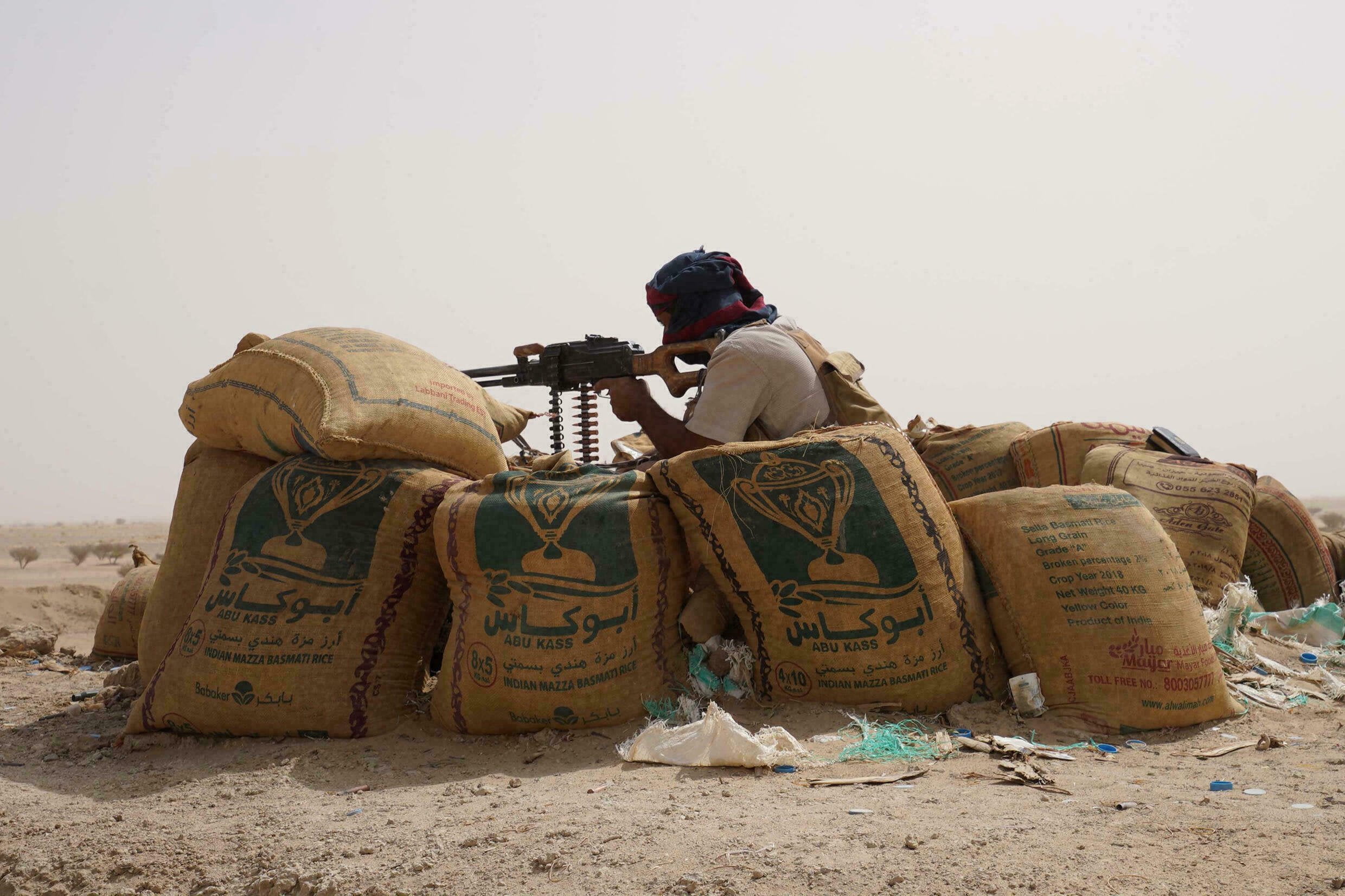 In the past, the base served as a major staging ground for US forces overseeing drone strikes against the extremist al-Qaeda network.

Muhammad al-Naqib, spokesman for the fourth military region in the government forces, told AFP that Sunday’s attack “leaded more than thirty dead and at least 56 wounded,” accusing the Houthis of being behind the attack, in a toll confirmed by a military medical source.

Video footage obtained by Agence France-Presse showed dozens of people gathered in front of the entrance to a hospital, where ambulances stopped one by one to transport the wounded.

At Ibn Khaldoun Hospital in Lahj, where some of the dead and wounded were taken, hospital director Mohsen Morshed told AFP, “We summoned the entire staff, surgeons and the nursing staff.”

“We learned that there are still bodies under the rubble,” he added.

An officer named Muhammad, one of the battalion trainers at the base, said, “We were gathered inside the hangar, and we saw a plane that they were shooting at to try to bring it down, but no one could hit it.”

“I arrived directly above the hangar where we were and fired the missiles,” he added.

In January 2019, the Houthi rebels launched an attack on the same base during a military parade, which caused the death of the head of military intelligence in the Yemeni forces and a number of soldiers.

The rebels took control of this base during their advance in southern Yemen in 2015, but forces loyal to the Saudi-backed Yemeni government regained control of it in the same year.

The attack that took place on Sunday is considered one of the deadliest attacks since the one that targeted the Yemeni airport of Aden on December 30 with ballistic missiles.

At the time, the attack targeted the airport building when members of the new Yemeni government arrived, killing at least 26 people, including three employees of the International Committee of the Red Cross and a journalist.

A conflict in Yemen has been raging between a government backed by a Saudi-led military coalition since 2015 and the Iran-backed Houthi rebels who control large areas in the north and west of the country, as well as the capital, Sanaa, since their offensive began in 2014.

The conflict resulted in the killing of tens of thousands of people, including many civilians, according to several humanitarian organizations.

About 3.3 million people are still displaced, while 24.1 million people, or more than two-thirds of the population, need assistance, according to the United Nations, which has repeatedly stressed that Yemen is currently witnessing the worst humanitarian crisis in the world.

While the United Nations and Washington are pressing for an end to the war, the Houthis are demanding the reopening of Sanaa airport, which has been closed under a Saudi blockade since 2016, before any ceasefire or negotiations.

It is scheduled that the Swedish Hans Grundberg will officially start on the fifth of September his duties as the Special Envoy to Yemen, succeeding the British Martin Griffiths.

BREAKING: US oil down more than 9% in Asian trade

BREAKING: President Trump urges “time for peace and calm” in US

BREAKING: US oil down more than 9% in Asian trade

BREAKING: President Trump urges “time for peace and calm” in US