(ORDO NEWS) — This is a rather unexpected result, given that the pandemic happened almost seven centuries ago. The discovery sheds light on why the frequency of certain diseases in different populations of modern humanity varies so dramatically.

According to modern ideas, the black death in the XIV century killed from 30 to 50 percent of the population of Africa and Eurasia over a matter of decades.

The total number of deaths as a result of that pandemic is at least as good as the number of victims of World War II, and by many estimates exceeds them.

Considering that the Earth’s population was then much smaller, this is the most severe test in the history of our species in the last tens of thousands of years.

New work by an international team of researchers, published in Nature , has uncovered an unexpected side of the epidemic: it left a visible mark on the genes of those who survived it, at least when it comes to Europe.

Moreover, this trace was useful in the Middle Ages and the New Age, but definitely harmful in our days.

The authors of the work studied the DNA of 206 people from European populations who lived before, during and after the plague pandemic of the XIV century.

As a result, they found that one of the genes, which became more common in the DNA of populations after the Black Death, should make it easier for the immune system to fight the plague bacterium.

Tellingly, this gene became more common not only in the populations of medieval England, but also in contemporary Denmark.

That is, we are talking about the fact that the plague spurred a kind of convergent evolution of two different, spatially distant populations. 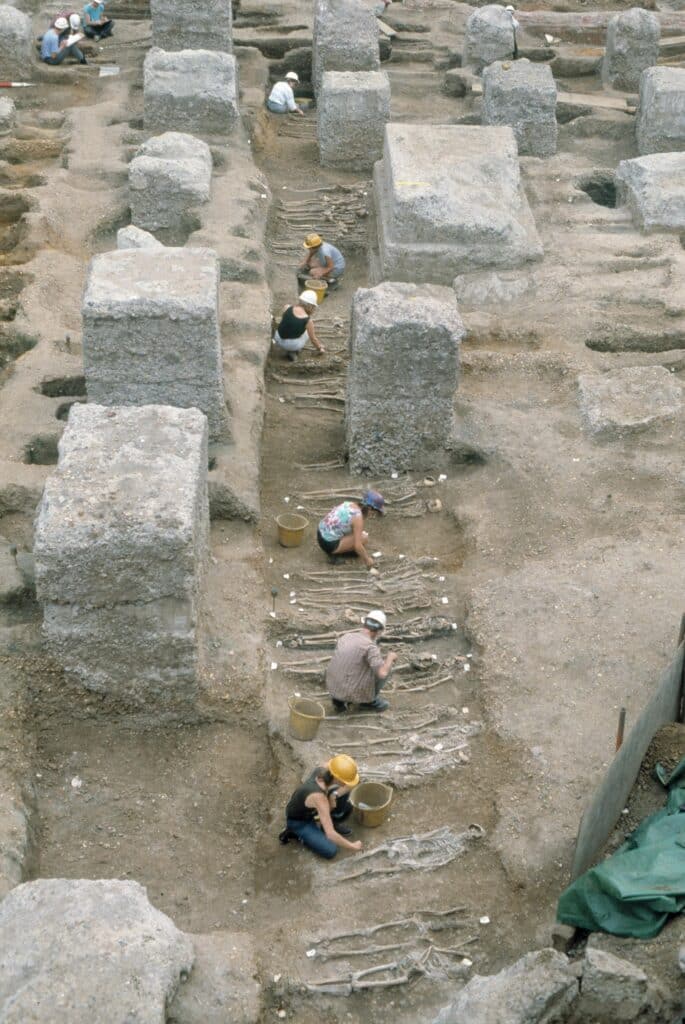 In addition to one particular gene, at least dozens of other genes have become more common, but it is difficult to say with certainty what the functions of many of them in terms of immunity.

A significant proportion of mutations in the human genome can be neutral in general and yet spread through the population if it happens to be present in a line of individuals with increased resistance to plague.

One thing can be said for sure: when the authors of the work grew cell cultures (from human cells) that had those genes that began to occur more often after the epidemic, their defeat by plague bacteria turned out to be difficult. Plague bacteria attacked a cell culture without such features much more easily.

It turns out that the plague significantly modified the human gene pool in just a few generations. Although she did not bring them completely new genes, she dramatically increased the proportion in the population of those whose genes allowed her to better resist.

Although these features were useful until the 17th-18th centuries, after the appearance of full-fledged quarantines, the plague ceased to be a mass disease. That is, the benefit of such mutations is lost today.

However, the same genes increase the risk of rheumatoid arthritis, the authors note. Therefore, the “plague” effect on modern people is not just that the disease changed the history of human societies in the XIV-XVIII centuries.

It turns out that the plague has a negative effect on the health of our species so far, 700 years after its strongest outbreak – even if this influence is indirect.