(ORDO NEWS) — This means that the climate models that predicted the future of our planet had a rather rough idea of ​​the carbon cycle in nature therefore, the real future may differ significantly from their predictions.

Until now, scientists believed that the total bioproductivity on Earth is about 120 billion tons in terms of dry carbon (that is, excluding water and all non carbon atoms in biological molecules). Almost all of this carbon comes from atmospheric carbon dioxide.

Based on this parameter, the growth rate of CO2 concentration in the Earth’s atmosphere was estimated.

However, now it turned out that the calculations are inaccurate: most likely, the point is the underestimation of the terrestrial bioproductivity by modern observational methods.

Both of these discoveries were made through satellite observations: it is almost impossible to correctly estimate the area of ​​​​forests or fires from the Earth – “big is seen from a distance.”

However, satellite observations also have limitations. For example, their images distinguish a forest from a field or savanna quite reliably, but do not allow us to accurately understand what the specific bioproductivity in tons per hectare of this or that forest or any other biome is.

To find them out, they usually take a “reference” site, estimate the biomass on it, and then multiply the area of ​​such ecosystems by the entire area known from satellite observations, obtaining a global estimate of biomass for biocenoses of this type.

It is clear that errors are possible with this method. Estimates of carbon dioxide emissions from the soil – from the decomposition of organic residues in it – are not easier: there are even more reasons for error. But until now there was no understanding of the extent of such inaccuracies.

The authors of the new work tried to compare these two estimates: the carbon absorbed by plants and the carbon emitted by the soil.

The fact is that there are specific estimates of how much carbon can be emitted by a plot of soil with a particular bioproductivity and these data are obtained in plots with controlled conditions, that is, they should be relatively reliable.

That is, due to them it is possible to check how much the estimates of the world bioproductivity of terrestrial ecosystems and the estimates of carbon dioxide emissions from world soils fit together. 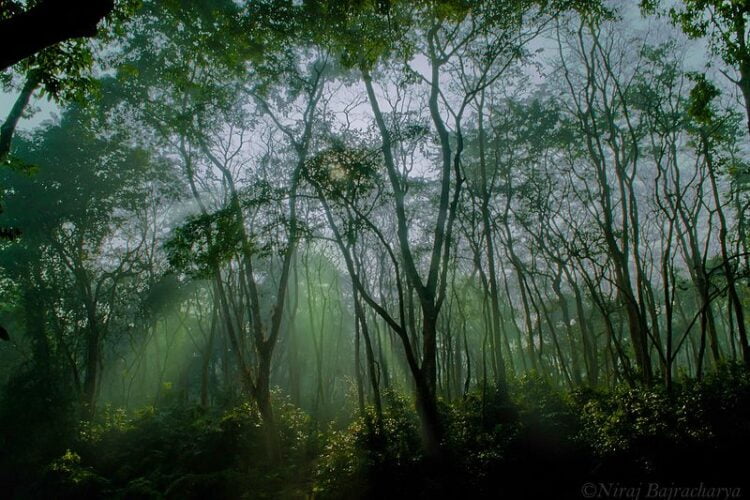 For soil carbon dioxide emissions, it’s not that hard to understand. Most measurements of such emissions are carried out at a small number of sites, and not for a whole year or at least around the clock, but according to measurements over a few hours of the daytime when it is convenient for scientists to make such measurements. Naturally, this can give serious errors.

In terms of bioproductivity, the source of errors can be the underestimation by satellites of a number of important factors. For example, it is difficult to estimate the development of undergrowth in forests with closed crowns from them without taking into account its biomass, it is easy to get an error.

In addition, the authors of the work note that satellite images are not able to effectively take into account the long-term stimulating effect of anthropogenic carbon dioxide on vegetation.

It is worth recalling that as its concentration increases, the plant biomass grows much faster than the leaf area, since it becomes easier for plants to extract carbon dioxide through the stomata in the leaves.

The work may indicate that the biosphere is tying up anthropogenic carbon dioxide emissions faster than thought. Therefore, the contribution of non-biogenic factors to this binding for example, the uptake of CO2 by sea water or rocks may not be as large as we thought.

However, the most interesting part of the study is still different: it turns out that terrestrial life, until very recently, was seriously underestimated in terms of bioproductivity.