(ORDO NEWS) — Microbial cells found on mangrove leaves can grow up to several centimeters and are easily visible to the naked eye.

It would seem that microorganisms, by definition, should be microscopic. Usually this is true: the average bacterial cell reaches only a couple of micrometers, and the largest of them – 750 micrometers. However, the bacterium found by scientists on mangrove plants is thousands of times larger.

It forms elongated cells up to a couple of centimeters long, the threads of which are visible to the naked eye. Their internal structure is very complex with individual elements characteristic of eukaryotic cells.

The amazing bacterium is found in mangrove forests growing along the coasts of Central America and the Caribbean, and inhabits the surface of rotting leaves of Rhizophora mangle.

Using various microscopy and staining methods, Olivier Gros and colleagues demonstrated that the filaments are individual long cells, some of which are a couple of centimeters long with a diameter of about 100 micrometers. It is larger than many small insects. 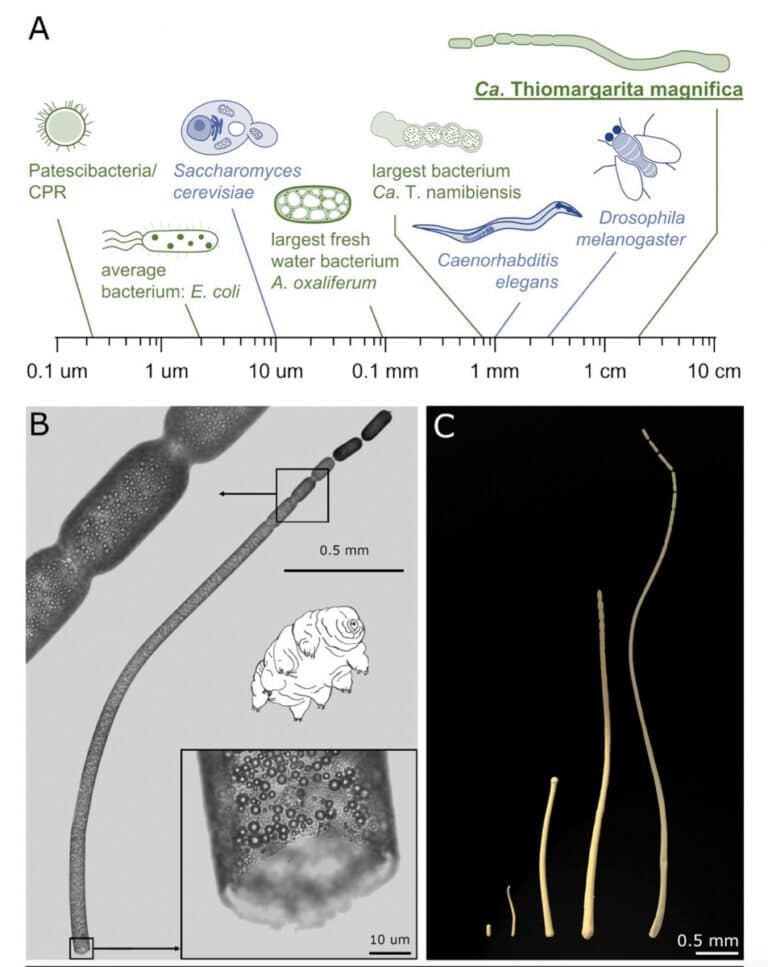 The internal structure of the cells turned out to be extremely complex for bacteria, as it resembles an “intermediate link” between the cells of prokaryotes (bacteria, archaea) and eukaryotes (fungi, plants and animals).

In giant cells, scientists noticed a pair of large membrane sacs, one of which contained almost all of their DNA, as if in the nucleus of eukaryotes. The genome is also unusually large: 11 million base pairs and about 11,000 identifiable genes—two to three times the size of a typical bacterium.

Inside the same membrane structure is the lion’s share of the cell’s ribosomes, which immediately carry out protein synthesis.

The second cell bag is even larger and is filled with water with a mass of substances dissolved in it. Similar structures are known in giant sulfur bacteria, Thiomargarita namibiensis and others, whose cells are surrounded by an additional layer – a thick membrane sac located between the membrane and the outer cell wall and filled with water and salts dissolved in it. Due to this, they reach unusually large sizes, although not as large as the mangrove bacterium.

In new bacteria, the membranous sac occupies more than 70 percent of the total cell volume. Scientists believe that it belongs to the same group of large sulfur bacteria, and named it Thiomargarita magnifica (from Latin it can be translated as “the largest sulfur pearl”). The largest cell found reaches two centimeters, although, according to biologists, in ideal conditions and in the absence of predators, they can grow even longer. 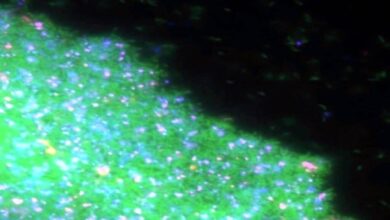