(ORDO NEWS) — For the first time, paleontologists have thoroughly studied the cloaca of a dinosaur – a hole used for reproduction, defecation and urination.

The intimate details are described in a scientific article published in the journal Current Biology.

In amphibians, reptiles, birds and even some mammals, urination, defecation and sexual excretion occur through the same opening – the cloaca. No one has previously described this organ of the now extinct animal dinosaurs in scientific articles. Which, however, is not surprising: it contains no bones and has almost no chance of being preserved in the fossils.

However, the authors of the new article examined a unique specimen. The skin of a Psittacosaurus specimen is better preserved than in any other dinosaur fossil. By the way, it was thanks to this sample that paleontologists discovered a camouflage color in the Mesozoic pangolin several years ago. Now the experts have continued their research, finding out the most intimate details of the anatomy of this creature the size of a modern Labrador. 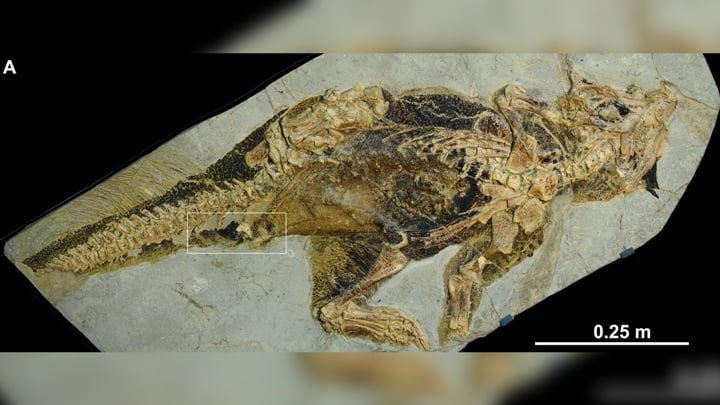 “It was absolutely amazing for a paleoartist to be able to recreate one of the last remaining features of dinosaurs that we knew nothing about,” admits the article’s co-author, paleoartist Robert Nicholls.

Having become interested in the excretory opening of a dinosaur, biologists were going to compare it with the cloaca of modern animals. However, the authors were faced with the fact that the appearance of these organs in different species is extremely poorly described in the scientific literature. So the experts had to conduct their own research on what and who is right under their tail.

Researchers have found that the cloaca looks different in different groups of animals. The organ of the psittacosaurus also had its own “face”, although it had some similarities with the cloaca of modern crocodiles. Just in case, let us remind you that crocodiles and dinosaurs belong to the same group of reptiles (archosaurs). 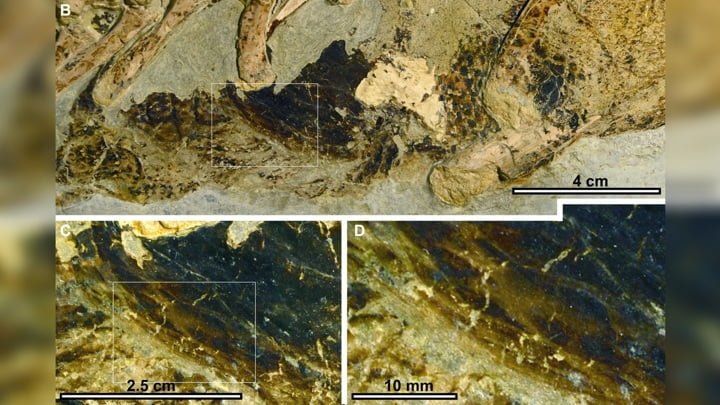 Paleontologists note that on both sides of the cloaca of the Mesozoic raptor, there were large spots stained with melanin. Scientists suggest that such a “mark” should have attracted a sexual partner. At least today, this happens in some birds. In addition, the researchers believe that near the cloaca there could be glands that produce an odorous substance (a trait characteristic of modern crocodiles).

Unfortunately, scientists did not have the opportunity to study the internal structure of the cloaca and determine the sex of the animal. Such details have not been preserved even in this unique fossil.

In India, found the temple of Shiva, missing 80 years ago

In India, found the temple of Shiva, missing 80 years ago