(ORDO NEWS) — Look closely at this picture in motion. Which way do you think it’s spinning? Up or down? Left or right? Sure? Now look again.

And further. Do you hear a crunch? It breaks down your gray matter. No wonder, because in front of you is not just a cool optical illusion, but according to the Society for Neurological Research – the best!

Our insanely lazy brain tends to simplify everything and solve some tasks superficially, without going deep, so as not to waste extra energy.

At the first glance at this seemingly banal illusion, the brain quickly evaluates the picture and issues a decision: “Nonsense, we saw such a thing, it spins to the right, nothing interesting, let’s move on.” A second look, and the concept changes: “Well, ok, I was wrong, it rotates to the left.

It’s still not interesting.” And when you start looking at special multi-colored veils that alternately show the direction of movement for ease of demonstration, a short circuit occurs in your head. There are not one or two interpretations, but four! Moreover, everyone has the right to exist, depending on the focus point.

The author of this puzzle is a programmer, a computer game developer, an erudite and just a good guy from Texas, Frank Force. At some point, he got tired of creating “shooters”, and he decided to switch to something more intellectual and creative.

In 2019, he threw himself into writing shortcodes in JavaScript, creating small but funny programs, which Frank himself calls software haiku. In just a year, he managed to write more than six hundred such scripts (all are freely available on github.com), and each one took him no more than 140 characters.

The result was not long in coming: in the same year, he and his “Double Axis” received the title of the best illusion in the world.

Practicing working with JavaScript, Frank tried many different programs (from games to music), until one fine moment he came across the famous Lissajous figures – trajectories drawn by a point that simultaneously performs two harmonic oscillations in two mutually perpendicular directions.

Frank noticed that depending on the focus point, the figure can rotate in different directions. Taking the figure of Lissajous as a basis, the guy created his own victorious illusion. In fact, the shape of the figures (both Lissajous and Force) depends on the relationship between the periods (frequencies), phases and amplitudes of both oscillations.

In the simplest case of equality of both periods, the figures are ellipses, which, with a phase difference, degenerate into line segments or turn into a circle.

If the periods of both oscillations are close, then the phase difference changes linearly, as a result of which the observed ellipse is deformed all the time. This phenomenon is used in electronics to compare frequencies and adjust one frequency to the second – the reference frequency. 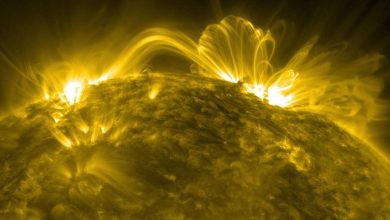 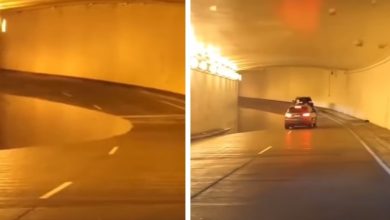