(ORDO NEWS) — European history of the 19th century appears to be an era of enlightenment and final development of the Earth. Courageous Europeans conquered the last undiscovered corners of the planet, bringing the light of civilization to savages. But the tracks of this progress were often smeared with aboriginal blood.

In the middle of the 19th century, despite the numerous appropriations of African territories by the colonialists, vast lands still remained on the continent, protected from slave traders and invaders of nature.

In 1865, Leopold II ascended the throne of Belgium. For the ambitious king, the country was too small, besides, he was tied hand and foot by parliament, which won more and more rights and freedoms for citizens every year. Leopold II saw the only way out in the conquest of the colonies. True, in the “accessible” world there are practically no places left where the colonizer has not stepped. The search brought him to Henry Morton Stanley, a journalist who made his name on African exploration. In 1881, Stanley, on behalf of the king and with the mandate of the Belgian Committee for the Study of the Upper Congo, set out on an expedition to explore the unknown lands at the mouth of the Congo River. There, through bribery and blackmail, he founded the Congo Free State.

In Europe, Leopold II had a reputation for being willing to sacrifice his fortune for the sake of unfortunate savages. In one of his speeches, he said: “To open the way for civilization to the only part of the world where it has not yet managed to penetrate, to dispel the darkness that still captures entire nations – this is a crusade worthy of our century of progress.” Using the contradictions of European countries, Leopold succeeded in transferring the undeveloped lands of the Congo basin to the management of the Congo Society, which he created. The decision was legalized on February 26, 1885 at the Berlin Conference, which fixed the boundaries of the African colonies. Moreover, all the lands of the Free State became the personal property of Leopold II.

The colony has become a source of priceless raw materials – ivory and rubber. Rubber, indispensable for making rubber, could have enriched the Congo, but has become a curse, turning the country into a huge labor camp filled with violence and utter terror. All the forces of the colonialists were aimed at increasing the production of rubber: in 20 years, from 1882 to 1901, exports increased 75 times – from 80 to 6 thousand tons. They achieved this by violence. First, all citizens (each aboriginal was hypocritically considered a citizen) were obliged to pay taxes with rubber. Secondly, rubber became the only means of payment accepted as payment for European goods. It looked a little like trade: even goods that were unnecessary for the aborigines were simply carried home, and if the doors were not opened, they were left on the doorstep.

The deal was deemed complete. The price was determined simply: any product is equal to the monthly collection rate of rubber. The execution of contracts and the collection of taxes were entrusted to 2 thousand civilian agents, into whose ranks were recruited Europeans who were not burdened with moral foundations, who wanted to enrich themselves in an overseas country. Their salary was scanty, the income depended only on the amount of rubber collected. But even a few thousand whites could not cope, so they were accompanied by “heads” – the leaders of small but aggressive tribes. These “heads” with a detachment of black soldiers, reinforced by white officers, settled in the same village and were placed at the disposal of the agent.

The soldiers were trained in the use of firearms and, dressed in military uniforms, were used to hold control of vast territories. These soldiers themselves were slaves and understood that, without fulfilling the officer’s command, they would go to collect rubber. The number of such “Social Forces” did not exceed 17 thousand people, but their cruelty made it possible to keep in fear and subordination the territory exceeding Belgium 76 times.

The most common punishment for refusing to work or failing to comply with the norm was shikotta – a flap of hippopotamus skin, processed so that it has jagged edges, sharp as knives, and hard as iron. It was used as a whip. Witnesses described that adult strong men screamed in pain and fell silent, exhausted after 25-30 blows. The scars from this “upbringing” remained until the end of life. If a man continued to argue, his wife and children were subjected to execution.

But that was not all. People were killed for the slightest offense. Here is what the American missionary Murphy wrote about it in 1895: “The horrors perpetrated in the Congo are connected with the extraction of rubber. Each village is obliged to deliver a certain amount of raw materials to the agent once a week, which is forced to collect. Soldiers drive people into plantations with rifle butts. Those who do not have time or refuse, are killed on the spot, and the soldiers do not look at whom they shoot, most often women and children are killed. The dead are chopped off the left hand to hand over to the commissariat. The cut off hands – women, men, children – are laid out in rows in front of the agent so that he can compare their number with the number of cartridges used. ”

Cartridges are a valuable commodity, for which it was possible to bail out good money from hunters, and therefore often the brushes were chopped off from those killed with a stock, stabbed with a bayonet. But sometimes they showed a kind of humanism – they chopped off the brushes of the living.

Villages whose inhabitants refused to go to work and fled into the jungle were subjected to total destruction: they burned all buildings, killed livestock, trampled crops, unripe bananas were cut down from trees, and wells were buried – the territory became uninhabitable. When residents returned to their homes, they were awaited by ambushes, which shot men, girls and women were sold into slavery.

At that time, almost all European countries had colonies and behaved little better, but what was happening in the Congo went beyond all limits. The first to sound the alarm was a Baptist pastor, veteran of the American Civil War, black color activist D.V. Williams. In 1889, he visited the Congo and was horrified by what he saw, but assumed that the king of Belgium, who stands for progress and enlightenment, did not know about the real situation in the protectorate. Williams wrote him a letter, where he described how the governor torments the local population.

He talked about torture by electric shock, about the burning of villages that dared to resist, about slavery, when thousands of people were sold in captivity. Moreover, the cost of a slave was so low that the purchase was more expensive. The pastor soon passed away, but his letter became the stone that caused an avalanche.

Descriptions of the lawlessness and inhumanity that were happening in the Free State of the Congo got into the press. Europe has stirred up. Who knows whether the public outcry was the reason for Leopold II’s refusal in 1908 from the Free State of the Congo, or the reasons were different … But he understood that the country’s economic potential was undermined for years to come: the “rubber genocide regime” led to a halving of the population from 30 million, and the remaining territories were a ravaged, destitute land inhabited by hungry, crippled people. And then the Belgian king, considered one of the richest people in Europe, sold the Congo to his own state, which until 1960 kept it in the status of a colony.

Prominent cultural figures spoke out against the horrors perpetrated in the Congo, including Mark Twain, Arthur Conan Doyle wrote the book Crimes in the Congo, where he collected documented facts of the atrocities of the Belgian colonialists, and published in 1889 the story of the popular writer Joseph Conrad, The Heart darkness ”shook the entire European society.

The extraction of rubber began with the introduction of compulsory labor of 60 days on the plantations, but the crazy profits, the greed of the colonists and the king did their dirty work. The time each worker spends in the field has increased to 290 days per season on a 16-18 hour workday. The men were taken from their homes for almost a year, and the family, being held hostage, eked out a half-starved existence.

In Belgium, an 11-year-old boy received a bachelor’s degree in physics

In Belgium, a driver fell asleep at the wheel and drove 25 kilometers

In Belgium, an 11-year-old boy received a bachelor’s degree in physics

In Belgium, a driver fell asleep at the wheel and drove 25 kilometers 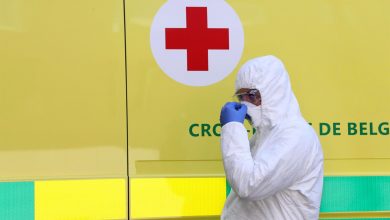