(ORDO NEWS) — The free fall of bodies in orbit once again confirmed the principle of the equivalence of inertia and mass – however, now with record accuracy.

Neglecting air resistance, objects fall to Earth at the same speed. This was first proved by Galileo, and Eintstein derived from such experiments the principle of equivalence of inertia and mass, which formed the basis of the General Theory of Relativity.

Like other Einstein’s calculations, the equivalence principle is constantly subjected to experimental tests, but each time it successfully withstands them. So it happened now: the loads that were in free fall in near-Earth orbit for more than two years moved in exactly the same way.

Recall that the General Theory of Relativity (GR) describes gravity as a manifestation of the geometry of space-time. This theory is based on the equivalence of the forces of gravity and inertia.

To illustrate the principle, Einstein himself proposed to imagine an elevator that is far from any attracting bodies, but moves with acceleration, or stands, but in an external gravitational field.

In both cases, all objects in the elevator will have weight, put pressure on the support, or stretch the suspension. It is impossible to distinguish what exactly influences them – acceleration or gravity.

For the first time, the weak principle of equivalence was tested, without even realizing it, by Galileo Galilei.

According to legend, he dropped spheres made of different materials from the Leaning Tower of Pisa to prove that the speed of falling did not depend on their mass. Historians of science believe that in reality Galileo’s experiments looked completely different, and he did not even need a tower.

However, scientists continue such experiments to this day, measuring the fall with an accuracy that neither Galileo nor Einstein thought about. 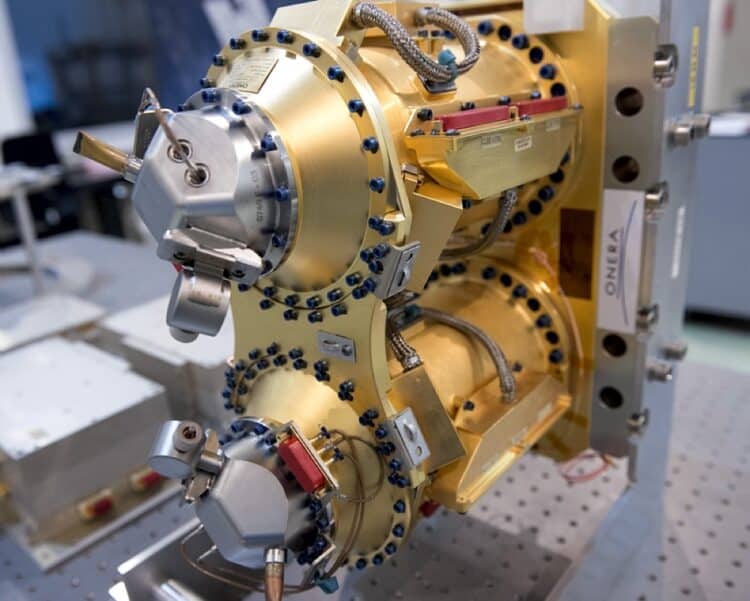 Another test of the equivalence principle was the tests carried out on board the French spacecraft MICROSCOPE. The 300-kilogram satellite was launched in 2016 specifically for such experiments and ended two years later.

The key to the mission was the T-SAGE (Twin-Space Accelerometer for Gravity Experiment) experiment, during which the positions of two “weights”, cylindrical weights moving with a satellite around the Earth, were measured with great accuracy.

From the point of view of general relativity, such a movement is equivalent to free fall, and if in a couple of years the loads were displaced at least one iota differently, ultra-precise accelerometers would notice this difference.

For the experiment, weights were used – hollow 300-gram platinum-rhodium cylinders, embedded in 400-gram hollow cylinders made of titanium alloy. In addition, similar measurements were carried out with another identical accelerometer for a pair of cylinders of the same composition, platinum-rhodium.

The cargoes were held in a sealed containment chamber by electrostatic forces and fell freely for many months, moving along with the MICROSCOPE satellite in a near-Earth orbit with an altitude of more than 700 km.

The result of this work turned out to be the same as that of Galileo once: no difference in movement between loads has accumulated. True, the accuracy of these measurements cannot be compared with the experiments of the Italian classic.

According to physicists, it is hundreds of times higher than anything that could be achieved on Earth even with the help of modern tools. However, even it may not be final: it is possible that the principle of equivalence is violated, but on a scale imperceptible even for MICROSCOPE.

Therefore, a new MICROSCOPE-2 orbital mission is already planned for the 2030s , which will increase the accuracy of measurements in the same classical experiment with falling bodies by two orders of magnitude.