(ORDO NEWS) — In the Valley of Hinnom near Jerusalem stood a giant statue of the god Moloch. The valley and the deity are infamous for their historical association with child sacrifice.

According to some historical accounts, the statue had its arms outstretched, and a fire was kindled within.

Children were placed into Moloch’s hands, where they burned to death while drums beat rhythmically to drown out their agonizing screams.

The valley, also known as Gehenna (its Aramaic name which was adopted into Greek), features prominently in the Bible. 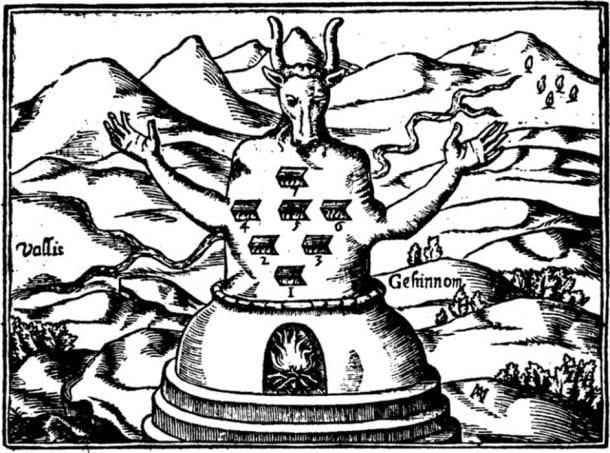 Depicted as a hellish, fiery location, Judah’s kings burned their children there, and the location is mentioned in the gospels of Matthew, James, Mark, and Luke, although sometimes the English translations incorrectly render Gehenna as Hell:

“It’s better for you that one of the parts of your body perish, than for your whole body to be thrown into Gehenna” (Matthew, 5:29).

“Fear Him who is able to destroy both soul and body in Gehenna” (Matthew 10:28).

“You serpents, you brood of vipers, how shall you escape the sentence of Gehenna?” (Matthew, 23:33)

“It is better for you to enter life crippled, than having your two hands, to go into Gehenna into the unquenchable fire” (Mark, 9:43)

“It is better for you to enter life lame, than having your two feet, to be cast into Gehenna” (Mark, 9:45). 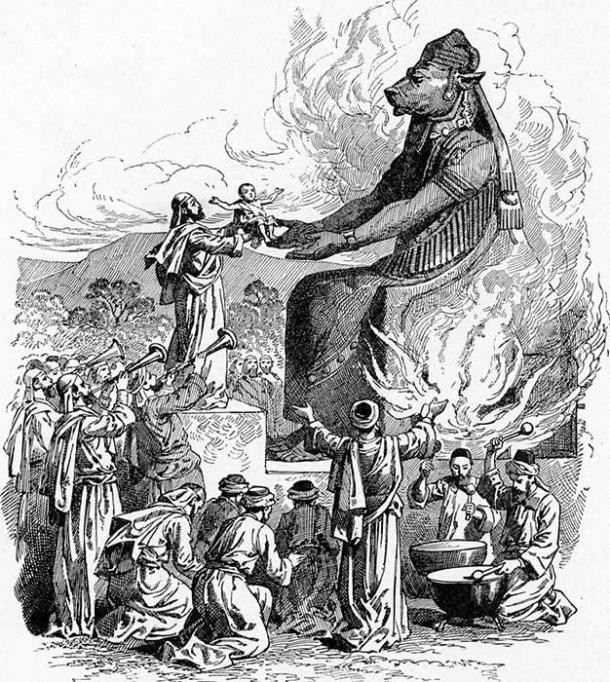 It is probable that the biblical references to the Valley of Hinnom and references to the one who kills and then burns bodies there refers to God, but the location was used for child sacrifice before the Bible existed, and the deity Moloch was the one appeased and summoned.

He was depicted as a bull-headed god, similar to a minotaur, and in historical literature is connected to the deities Anmmelech, Adrammelek, and Milcom.

For the price of a cup of coffee, you get this and all the other great benefits at Ancient Origins Premium. And – each time you support AO Premium, you support independent thought and writing.

I Ching: the secret computer of the Ancient Gods

I Ching: the secret computer of the Ancient Gods