(ORDO NEWS) — For more than a century, organizations and individuals have been exploring the possibility of building solar farms in space, and Australian astronaut Dr. Paul Scully-Power believes the time has come to do so, saying that technological advances have turned the concept from fantasy to economic reality.

Scully-Power, who became the first Australian native to leave Earth while serving as a payload specialist aboard NASA‘s Space Shuttle program flight 13 in the 1980s, said the concept of building solar farms in space has been discussed for decades. , but only recently has it become a viable solution.

“Advances in space technology and our growing ability to build and launch reliable satellites have made it possible to create a solar farm that will orbit the Earth, use solar energy and transmit it to Earth around the clock,” he said. 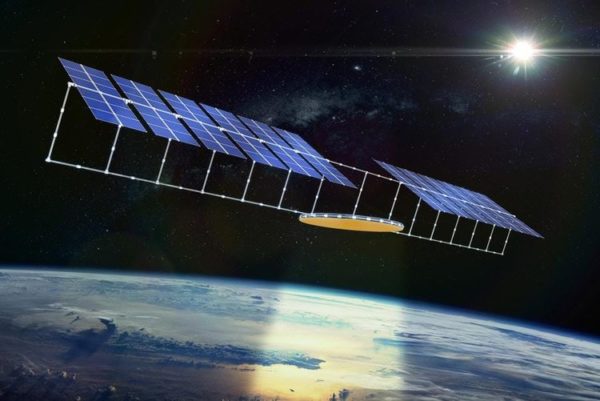 Space solar farms will most likely look like a spaceship made up of interconnected satellites. The satellites will carry arrays of solar photovoltaic panels capable of absorbing sunlight, converting it into clean energy, and then transmitting it to Earth in microwave form.

“We have a company in Australia that works hand in hand with a company in America, and they have already developed a solar power system project,” Scully-Power said.

“Energy can be transmitted anywhere on Earth. So in countries like Australia where there are rural communities, it is possible to transmit energy directly to these communities.”

The original concept of building solar farms in space was first described by Russian and Soviet rocket scientist Konstantin Tsiolkovsky in the 1920s.

In the late 1960s, American scientist and aerospace engineer Dr. Peter Glaser came up with a way to use solar energy in space and transmit it to Earth using microwaves. In 1973, he received a patent for this idea. The US government reportedly spent millions exploring the idea but concluded it was too complicated and expensive.

Scully-Power said the economic equation has now changed: rising energy prices are paving the way for space-based solar panels to be brought to market at competitive prices.

“Progress in space technology is also playing a critical role,” he said. “For example, today it is much cheaper to build satellites and launch them into space than 10 years ago.”

“Space solar gives us almost 100% continuity of supply, and it’s infinitely cheaper than anything we use now.”

Solar photovoltaics are already the main source of power for space equipment and infrastructure, but previous technologies have been heavy and often expensive to manufacture.

This situation is rapidly changing thanks to new solutions, including printable solar cells and perovskites, which promise lower cost and higher power-to-weight ratio, which is critical for equipment that must be launched against gravity.

Scully-Power is not alone in its support for space solar energy: the European Space Agency (ESA) has launched a competition for new technology and concept ideas to increase the feasibility of this concept.

The ESA campaign attracted 85 ideas, four of which were shortlisted and invited to submit proposals for research co-funding.

Scully-Power said the growing demand for energy means the case for solar space will only get stronger.

While the energy sector continues to develop and implement innovative solutions to increase production efficiency and improve operational processes, the demand for energy far exceeds the capacity of the Earth, he said.

“We’re talking about using space as an enabler in many, many industries,” he said. “In 100 years, to meet our population’s energy needs, we will need to produce at least four times the amount of energy we do today.”

“It is vital for Australia to consider our energy supply chain from both a strategic and a climate perspective if we are to maintain our current standard of living and protect our environment.”

Scientists found a source of a powerful signal from space

Scientists found a source of a powerful signal from space