(ORDO NEWS) — Australian company Tarmac Linemarking is testing a new type of glow-in-the-dark road line that makes roads look like something out of a sci-fi movie.

Tarmac Linemarking has carried out a trial run of photoluminescent markings on a kilometer stretch of road in a rural area.

Created in collaboration with OmniGrip and Vic Roads, this original product uses the photoluminescence effect.

A coating applied to asphalt emits the light it has absorbed during the day. The trial was carried out on Metong Road in southeast Victoria, but it was so successful that businesses and authorities from across the country were interested in the new technology. 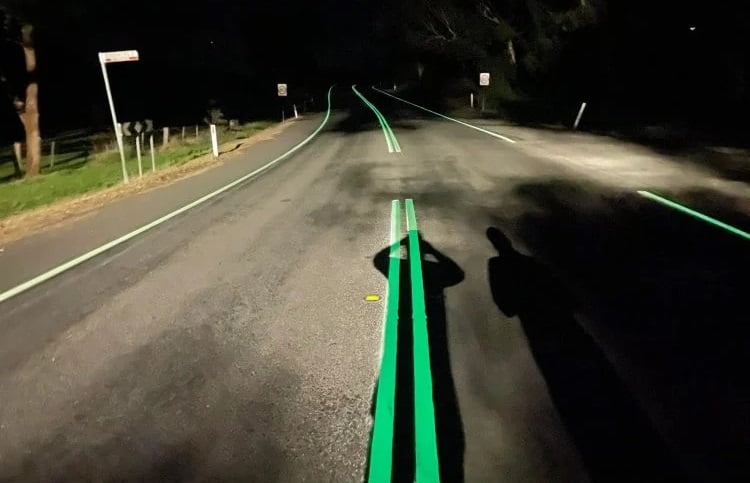 Photographs of the photoluminescent markings began to circulate on social media. Users have compared it to futuristic roads in sci-fi films.

“This processing will make it easier for drivers to recognize lane markings or signs, as well as provide clearer visibility at intersections and curves, giving drivers more time to react and preventing them from deviating from their lane,” Tarmac Linemarking said in a press release.

“It will be especially useful for people who are not familiar with driving in the area.”

Despite the hype surrounding the new road marking approach, some netizens are wondering if it has any downsides. They believe that if it were as effective as the company claims, then someone would have been using this technology a long time ago.

Tarmac Linemarking acknowledges that the glow period can vary on overcast days, but insists that its photoluminescent lines typically glow “most of the night.”

Global warming turned out to be unrelated to hurricanes

Global warming turned out to be unrelated to hurricanes