(ORDO NEWS) — Strong polar fronts have brought record low temperatures and record high snowfalls to Australia in recent weeks. The continent is facing one of the coldest winters on record. But why…?

June was an exceptionally cold month, according to the Bureau of Meteorology (BoM). And July continues this cold trend.

“This is a very cold outbreak for the state, with snow showers at low levels – near sea level – with several reports of snow flakes not settling up to about 20 meters above sea level at Howden,” BoM forecaster Luke Johnston said.

Also MORE frosty nights are on the way.

“All the cold air over Tasmania is just going to sit here all week,” Johnston added, noting that the next few mornings will be “very, very cold for most of Tasmania… with widespread minimum temperatures between -2C and -4C (28 .4F and 24.8F)”.

But in our time of “catastrophic global heat wave” – ​​I think that’s the official term now – why is it so consistently cold, and even on a continent as large as Australia?

Climatologist Emeritus Professor Roger Stone of the University of South Queensland believes that the increase in ice in Antarctica has led to large amounts of snowfall in the Southern Alps, causing a “high Thredbo index” – a phenomenon he also links to the rare third La Niña.

However, there are many theories, as it should be; and while the media likes to focus on the rare third La Niña—probably because this oceanic cold snap can be tweaked and rounded up a bit to fit their “climate change”—volcanic activity, namely the record high volcanic eruption of Hunga Tonga, is overlooked -Hunga-Ha’apai in January.

Volcanic eruptions are one of the key factors pushing the Earth into another bout of global cooling. Their widespread growth is associated with low solar activity, coronal holes, the weakening of the magnetosphere and the influx of cosmic rays penetrating silicon-rich magma.

The Hunga Tong eruption on January 15th ejected particulate matter through the stratosphere into the mesosphere. At 36 miles, it was the highest volcanic eruption ever recorded.

These particles are now “trapped” in the upper atmosphere and are predicted to cool the planet by about 0.3C. Australia’s exceptionally cold and snowy winter of 2022 is thought to be at least in part due to these delayed volcanic aerosols.

Recently, Antarctica has been painted in dazzling pink and plum hues – all because of the “afterglow” of the Tongan eruption. 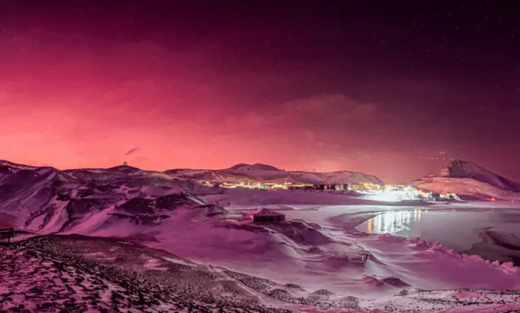 The same fiery skies were recorded in New Zealand and Australia, which scientists unanimously attribute to a surge of aerosols that were thrown into the stratosphere after the eruption of Hung Tong.

“Typically in the middle of winter in Antarctica, it’s almost always dark, except for a little ‘nautical twilight’ around noon, which means the horizon is faintly visible in good conditions,” said Stewart Shaw, a New Zealand Antarctic Science Technician based at Scott Base. during the winter and took amazing pictures of the blazing sky. 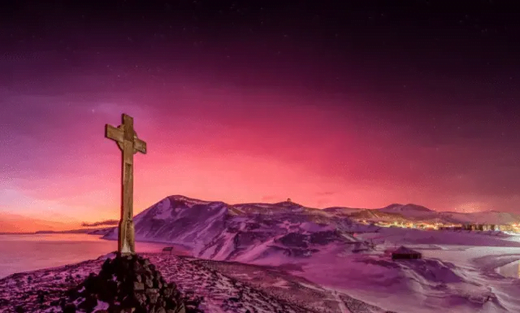 “But this year,” Shaw continued, “we were presented with an amazing spectacle that made most of the station staff grab their jackets and run outside with cameras to look at the amazing colors.”

“Believe it or not, I haven’t edited these colors, they are practically the way we saw them… It’s incredible,” he said.

Satellite lidar data – laser radar – shows that there are large amounts of aerosols in the stratosphere over Antarctica that were not there before the eruption, said Nava Fedaeff, a Niwa forecaster.

“Stratospheric aerosols can circulate around the globe for months [and even years] after a volcanic eruption, scattering and bending light as the sun dips or rises below the horizon, creating a glow in the sky with shades of pink, blue, purple and mauve,” Fedayeff explained.

However, these so-called experts kept silent about the consequences of such a phenomenon for cooling.

Scientists have long known the effect of large volcanic eruptions. For example, the Philippine volcano Pinatubo cooled the Earth by as much as half a degree Celsius within a few years after its summit exploded in June 1991 – this cooling is evident from satellite data: 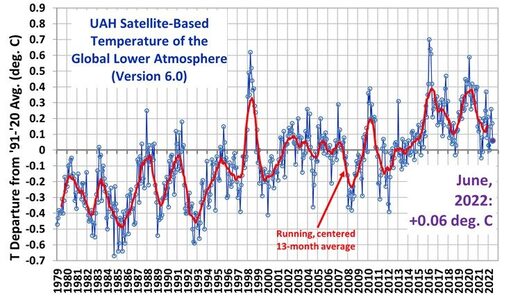 And while Antarctica and Australia are many thousands of miles from Tonga, the site of the January eruption, “we share the same sky,” says Geordie Hendrix, chief scientific adviser for Antarctica in New Zealand.

When you release large volumes of ash and sulfuric acid into the upper atmosphere, less sunlight reaches the surface of the planet. These solid particles act in much the same way as clouds – like the sun’s shadow on Earth, and there is a cooling effect. 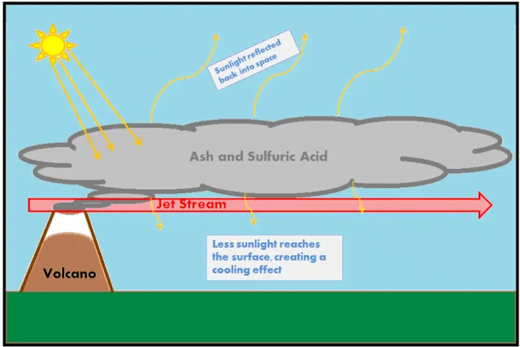 The Hunga-Tonga-Hunga-Haapai eruption was one of the largest in modern history, by far the highest. And given the recent reports of visible aerosols over New Zealand, Australia and Antarctica, it is clear they are still there, continuing to have a cooling effect on these regions.

Of course, the Southern Hemisphere is made up not only of Antarctica, New Zealand, and Australia, but also of larger land masses; and in this sense, almost everywhere you look in the “lower half of the world”, there is a significant cooling.

Argentina, for example, just experienced its coldest autumn (March-April-May) since 1976 (solar minimum cycle 20). And June continued this trend: temperature anomalies down to -3C below the multi-decade norm became the coldest June in Argentina in the last 20 years, according to the national meteorological agency SMN. 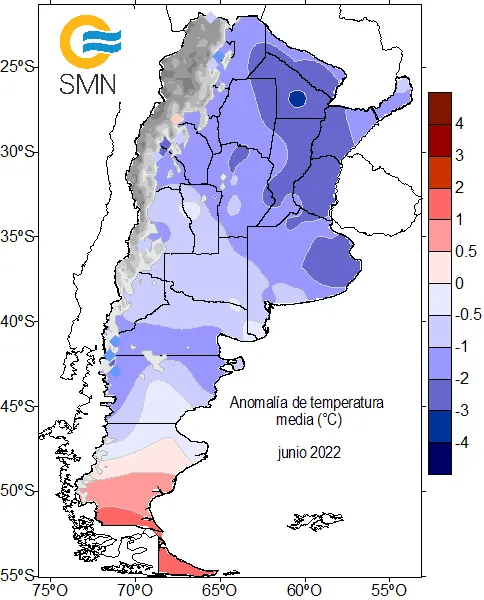 In neighboring Uruguay, June 2022 ended with a temperature anomaly as much as -2.3C below normal, making it the country’s coldest June in 41 years.

Temperature anomalies ranged from -1C below normal in the southeast to -3C in the northwest, according to Inumet. 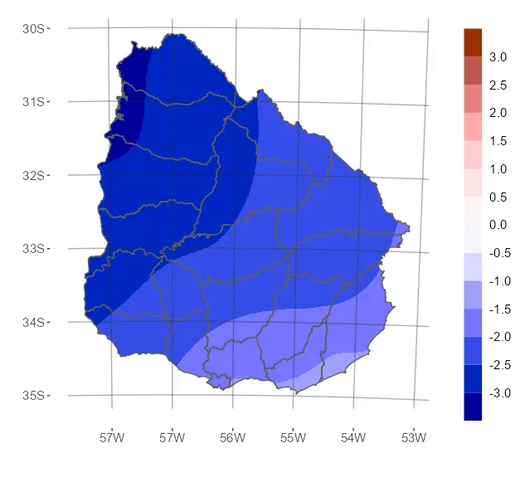 What’s more, the temperature of the entire planet appears to have been affected, with a dramatic drop seen last month.