(ORDO NEWS) — The character Renfield from Bram Stoker’s novel Dracula acknowledged the importance of blood, saying that “Blood is life.” This idea is not new, for example, the Maya kings tried to enlist the favor of the gods by performing bloody sacrifices.

There have been enough tribes throughout history that have practiced ritual hematophagy (the consumption of blood as a food source) and cannibalism (the eating of other people), traditions that have shaped the imagery of certain mythological creatures such as the werewolf, wendigo, or vampire. 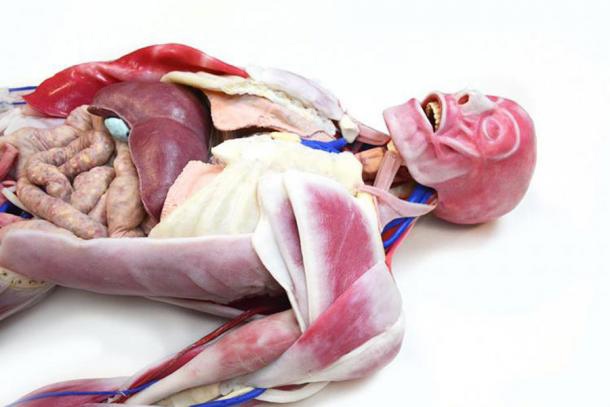 In addition to cannibalism, numerous rituals are known to have involved the consumption of blood, but there have also been rituals in history that involved the practice of necrophagy. In some tribes, when a relative died, the descendants had to eat his whole lifeless body.

This ritual could go on for several days, and sometimes the corpse began to rot. Despite this aspect, the descendants absorbed everything in order to absorb the knowledge and power of the deceased relative, so as not to lose the spiritual energy of their ancestors.

In some parts of India, a strange ritual is still practiced. On a certain day of the year, those who have deceased relatives buried in the cemetery go to the temple in the morning, where they inhale the smoke formed as a result of the burning of a special mixture of plants and substances.

After reaching the state of ecstasy, the priest leads those who came to the temple to the cemetery. There, people will dig up their dead relatives with their hands, bite and chew on pieces of corpses. The explanation for this ritual is that each bite will bring the soul of the deceased closer to eternal rest.

And these are not only rituals that are associated with hematophagy, cannibalism and necrophagy. There are many legends around the globe that tell of supernatural beings that feed on human blood and flesh.

Creatures named lamia, strix, and empusa are mentioned in Greek and Roman mythology as feeding on blood to survive.

In addition to the fact that the strix and lamia preferred the fresh blood of children and newborns, the strix could also feed on the blood of young men. In addition, the Greeks also mentioned in their legends certain female entities that came during a person’s sleep to suck his blood. 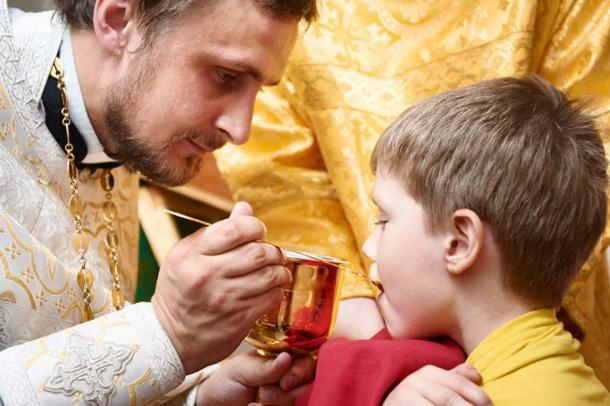 There are also religions that forbid the consumption of blood in any form. Islamic law speaks of the term “najis” which defines what is impure in the context of a religious ritual, “najasat” is a ritual impurity that can be removed by purification through fasting and prayer.

The Qur’an, in turn, mentions impurity, forbidding the consumption of blood in any form. Eating blood or food prepared from it is haram, a sinful act.

In Jewish tradition, the blood is washed off the meat with great care before it is cooked. An argument supporting this custom is found in the book of Leviticus, where it is said that the consumption of blood is forbidden because “the life of the animal is in the blood.”

As for the Christian religion, in this context a kind of ritual hematophagy arises. The Eucharist implies that the wine used becomes the blood of Christ, which is then consumed by the faithful. As for ritual hematophagy in the context of the Eucharist, it is justified as spiritual nourishment. Christian mythology also includes references to the chalice used by Christ at the Last Supper, known as the Holy Grail. The blood of Christ was collected in this vessel at the time of the crucifixion, and legends say that all who drink from this vessel become immortal.

Professor Basil Johnston introduced the wendigo, describing him as follows: “The wendigo was emaciated to the point of emaciation, his withered skin tight around the bones.

With bones pressed into the skin, an ash-gray complexion and deeply sunken eyes, the wendigo looked like an emaciated skeleton, recently taken from the grave. His lips were torn and bloodied…

Unclean and suffering from festering flesh, the wendigo exuded a strange and terrible smell of decay and decay, death and decay.”

Thus, the wendigo symbolizes the idea of ​​greed and excess, especially through the fact that he can never get enough, no matter how much he kills and eats.

Wendigo is considered one of the most terrible creatures. This is a cannibal spirit that can cause a state of possession. After that, the person takes the physical form of a monster, which goes to satisfy the cannibal inclinations of the entity.

It is believed that those who practice cannibalism can become possessed by wendigo much more easily, and those who kill a person and consume their heart can become wendigo in turn. 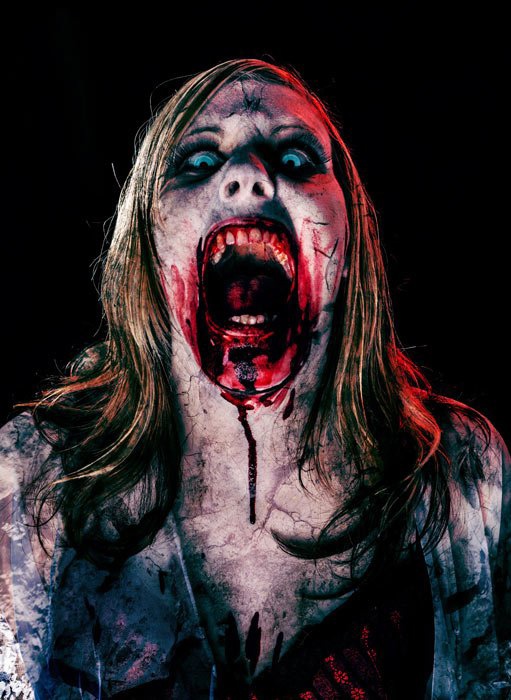 The vampire is found in many cultures around the world. As a mythological creature, it is a living dead that feeds on fresh blood, which is defined as “a dead man who – after punishment or a curse – comes out of the grave at night and visits the sleeping ones to suck their blood – his only food” or as “the deceased who comes out of graves at night to torment the living, drink their blood, and kill them so that they, too, become vampires in their turn.”

The vampire is the result of the transformation brought about by the son. The strigoi rises from the grave like a living dead after a strong discontent.

It may consist either in an act that was committed against him during his lifetime, for example, in a great insult, great grief, or that he was killed by someone, or in posthumous discontent, for example, in the fact that his funeral rituals were not performed correctly.

On the one hand, the strigoi have a mytho-folklore rationale associated with the fear of death and the need to properly conduct a funeral. Even more distinct from western vampires are crusnik and kudlak, opposing entities in perpetual struggle, of which kudlak is a vampiric-type entity.

The image of the vampire is not limited to European space, the Akkadian goddess of war and fertility named Ishtar uttered the following threat: “I will raise the dead and they will eat the living, I will make the dead surpass the living.”

The most famous type of Asian vampire is the Chinese Jiang Shi, who does not feed on blood, but on the qi of his victims, which is the life essence of every person. Thus, whether exotic or western, the vampire is present in many cultures around the world.

The vampire also appears in connection with the desire of man to gain immortality. The legends of the world tell of immortals who appear in various forms. In the Hebrew Bible, Methuselah lived for over 900 years, and he came from a people who lived for a very long time.

Utnapishtim, the ancestor of Gilgamesh, became immortal after consuming a certain type of plant. In Chinese myths, there are many references to immortals, dwarfs who lived for a very long time, and the elixir of immortality.

Chinese immortals lived in heaven, in a world hidden in the clouds, and they fascinated the Chinese rulers, who, in turn, were also interested in learning the secret of immortality. In this regard, John Petru Culianu said: “Immortality may have its price, and this price may be too high.”

The fascination that the myth of the vampire has on the human imagination has led to countless novels and films that revisit and enrich centuries-old myths.

The Western vampire is the living dead who drinks the blood of the living to survive; he transforms into his vampiric form after being bitten by another vampire, after being cursed, or after turning away from the faith.

In his form as a nocturnal creature, the vampire hates silver, shrines, garlic, and other items that are mentioned in numerous legends on the subject. What fascinates, however, is the seductiveness that the vampire displays despite being a kind of undead. 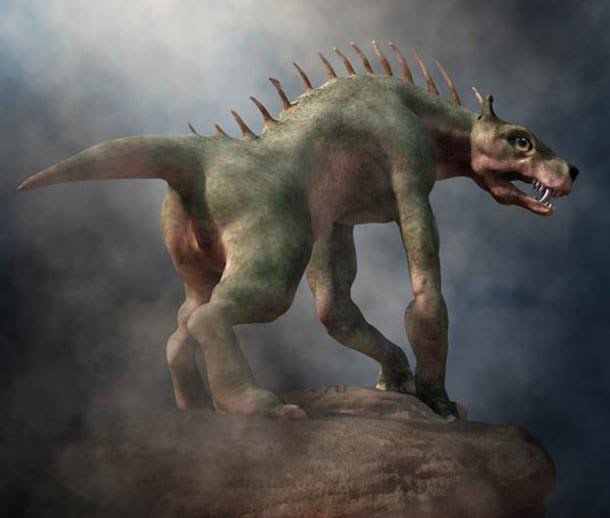 Among the mysterious creatures that feed on blood, one cannot forget the chupacabra, which feeds on the blood of animals, especially goats. The study of this phenomenon is part of the knowledge base known as cryptozoology, the science that deals with animals and creatures whose existence has not yet been proven with certainty.

Thus, the Chupacabra is a cryptid. In the same situation are Tokoloshe, Bigfoot, the Loch Ness Monster, Luska, the Mongolian Death Worm, Yeti, Iguanodon, Mokele-Mbembe, Youi and others.

The earliest stories associated with the Chupacabra originated in Mexico, from where they spread to Central America, North America, and Chile. Local residents turned to the authorities for help, because they found that their animals were killed in a barbaric way, torn to pieces and covered in blood.

Most of the dead animals were goats that had been bitten through the neck and completely sucked out the blood.

Some people have claimed to have seen the culprit, and while descriptions have diverged over time, the original description of the Chupacabra was that it had large eyes, sharp claws, a row of spikes down the middle of its back, and was about the size of a bear cub.

New stories about the chupacabra appeared in the Philippines and Russia, and the press began to take an interest in this topic.

This marked the beginning of numerous discussions on this topic: some support the idea of extraterrestrial origin of the creature, others try to explain that it is only related to coyotes infected with scabies.

Unlike other predatory species, the Chupacabra completely drinks the blood of its prey, and eyewitnesses said that this creature has skin like a reptile, a muzzle with large teeth, like a panther, and a forked tongue.

The creature is also described as being able to travel great distances like a kangaroo by jumping, and there have been cases where eyewitnesses have reported seeing the creature jump over six meters (20 feet).

Despite the lack of scientific evidence, the fear of the Chupacabra among the locals of Central America has not diminished at all!

In the insect world, there are certain species that practice the behavior of sexual cannibalism. Spiders from the genus Latrodectus practice this type of behavior. It was they who gave us the deadly name of the spider “Black Widow”.

The same behavior is observed in praying mantises – insects that, during or at the end of sexual intercourse, bite off the head of their comrade. Pliny, in Naturalis Historiae, speaks of a variety of cannibal birds. These ostrich-like birds lived their lives on an isolated and little-known island.

They did not eat anything from this island, but ate only each other. Thanks to this cannibalistic behavior, birds carried out natural selection, which allowed the most stable and adapted to survive.

Stories of cannibalistic tendencies also exist in Japan, where the cannibal crown Yama-uba fed on the flesh of newborns in particular, but also of adults.

In return, when such a crown saw the little orphan Kintaru, she did not kill him, but raised him with love and care, and he grew up and became Sakata no Kintoki, the famous hero of Japanese legends.

Thus, we can say that hematophagy, cannibalism and necrophagy have entered the myths of the world since ancient times, giving rise to legends and fantastic creatures that remain famous and close in impact in the modern world in which we live….