Every year we receive a mysterious find as a gift that makes us wonder about the origin of the human race and imagine the cultures that roamed our planet before us.

Many argue that there is sufficient evidence that there may have been civilizations before us that surpassed us intellectually and even technologically. How much do we really know about our past?

The ancient city of Atlantis has been studied for hundreds of years. For example, we can see that it was a subject of great importance to Smithsonian researchers, as highlighted in their annual report of the Smithsonian’s Board of Regents for the year ending June 30, 1915. 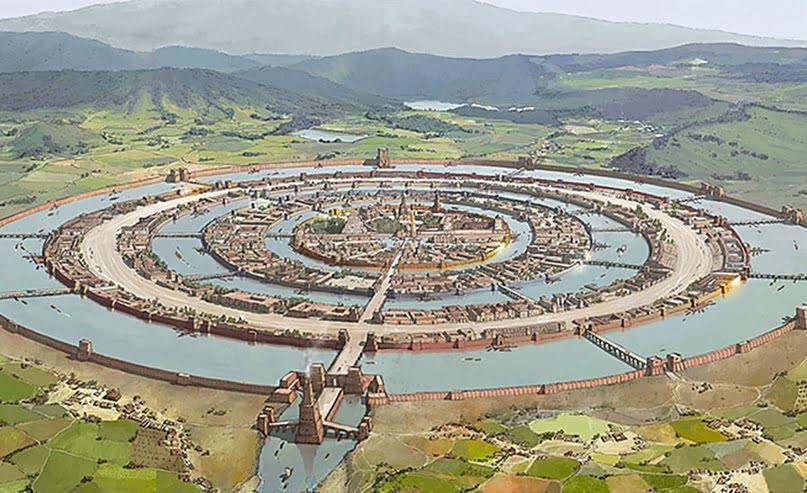 In the report, beginning on page 219, author M. Pierre Termier, member of the Academy of Sciences and director of the Geological Map Service of France, gives a lecture on the civilization of the Atlanteans. He makes a compelling case for further exploration of this lost city:

“After a long period of disdainful indifference, note how in the last few years science has returned to the study of Atlantis.

How many naturalists, geologists, zoologists or botanists today ask each other if Plato has not handed us, with a slight amplification, a page from the real history of mankind.

It is not yet possible to confirm this, but it is becoming increasingly clear that a huge region, continental or consisting of large islands, collapsed to the west of the Pillars of Hercules, otherwise called the Strait of Gibraltar, and that its collapse occurred in the recent past.

In any case, the question of Atlantis is again brought before the men of science, and I do not believe that it can be solved without the help of oceanography.

I thought it natural to discuss it here in this temple of marine science, and to draw the attention of oceanographers to this problem, which has long been despised, but which has not been revived, as well as to the attention of those who, immersed in the noise of cities, listen to the distant roar of the sea.

In his lecture, M. Termier cites zoological, geographical and geological data confirming the existence of the disappeared civilization of the Atlanteans. But not only that, modern archaeological finds on the ocean floor also raise some questions.

Finding such ruins is no easy task given the sheer size of our oceans. Much of what is under the sea is unknown, more than 80 percent of our oceans are uncharted and unexplored.

It is possible that when the ancient philosophers mentioned Atlantis, they did not invent anything, and their knowledge was somehow received by those who transmitted it before them.

It is believed that the lost “city” existed hundreds of thousands, and possibly millions of years ago. 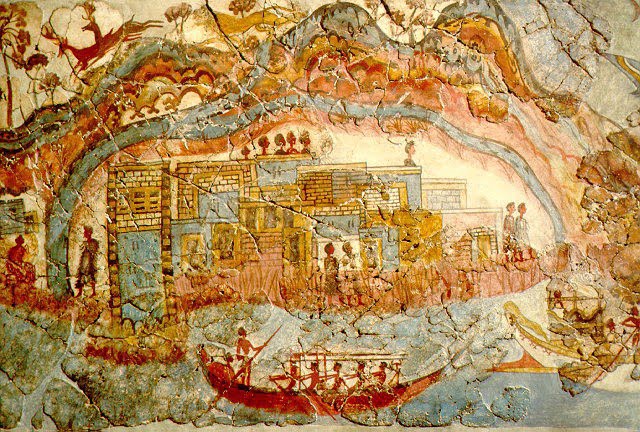 Description of Atlantis by Plato

Plato, the ancient Greek philosopher, gives a description of Atlantis in his dialogue Critias, which was never completed. The following is a summary of its description.

The following are some of the many points taken from the founder of the Society for Philosophical Research and scholar Manly P. Hall from his work The Secret Teachings of All Ages.

Atlantis was inhabited by “terrestrial” and “primitive” human beings. One of them was married to the god Poseidon, who copulated with people, and as a result, they had five children.

This crossbreeding between gods and humans is a common theme in many historical texts found throughout the world. Thus, they became half gods, half human and created a utopian civilization.

Atlantis has become an established nation with a wise government and industry that has allowed it to reach technologically advanced heights that surpass even what we have achieved today.

Atlantis had limitless resources, wild animals and precious metals, and was densely populated.

Atlantis was full of large and beautiful palaces, temples, docks, and a network of various bridges and canals that connected the various parts of the realm.

White, black and red stones were used in the construction of public buildings. “They surrounded each of the land zones with a wall, and the outer wall was covered with copper, the middle one with tin, and the inner one, which covered the citadel, with orychalch.

In the citadel, located on the central island, there were palaces, temples and other public buildings. In its center, surrounded by a wall of gold, there was a sanctuary dedicated to Clito and Poseidon. 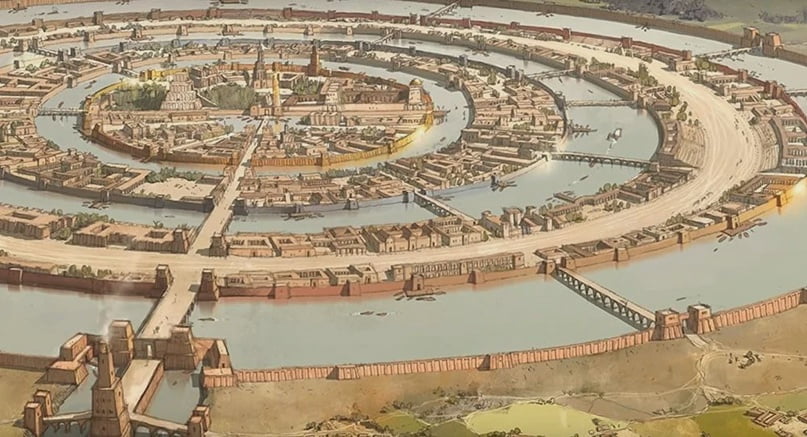 There were many gardens in Atlantis full of hot and cold springs. There were countless temples, public baths, and exercise rooms for both humans and animals.

“The part of Atlantis facing the sea was described as high and steep, but around the central city there was a plain, protected by mountains known for their size, quantity and beauty.

The plain gave two crops a year: it was watered by rains in winter, and huge irrigation canals in summer, which were also used for transportation. The plain was divided into sections, and during the war each section provided its own quota of fighters and chariots. ”

Atlantis was huge, it was ruled by numerous kings, each of whom controlled his own land. Their relations with other kings were regulated by the original code of ethics, which was engraved by the first ten kings. 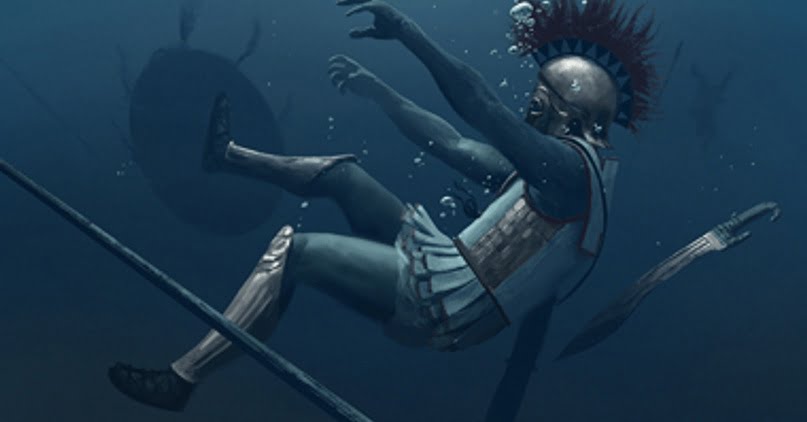 The death of Atlantis

Above are the main provisions of Plato about Atlantis. He describes it as a great and powerful empire, almost magical, and says that it was the same empire that attacked the Hellenic states.

He attributes the power and glory they tasted after this enterprise to their final ruin, writing that the love for these selfish desires that soon developed among the kings of Atlantis “seduced” them from “the path of wisdom and virtue.”

Hall explains, “Filled with false ambition, the rulers of Atlantis decided to subdue the gods in their sacred dwelling and appealed to them.” Here Plato’s story ends abruptly, for the Critias was never completed.” Manly P. Hall in The Secret Teachings of All Ages.

Plato also touches upon the theme of Atlantis in his Timaeus, recounting a story told by Solon – who himself is said to have heard the story in Egypt, transmitted to him by a priest through hieroglyphic inscriptions in a temple at Sais – in which a great cataclysm flooded the continent. Thus, the island of Atlantis completely disappeared.

Ken Feder, professor of archeology, in his book Fraud, Myths and Mysteries: Science and Pseudoscience in Archeology.

“The technologically advanced, but morally bankrupt evil empire – Atlantis – is trying to conquer world domination by force. Only a relatively small group of spiritually pure, morally principled and incorruptible people – the ancient Athenians – stand in its way.

Overcoming insurmountable difficulties … the Athenians are able to defeat their much more powerful adversary simply by the strength of his spirit. Sound familiar? Plato’s Atlanta dialogues are basically the ancient Greek version of Star Wars.” Ken Feder. 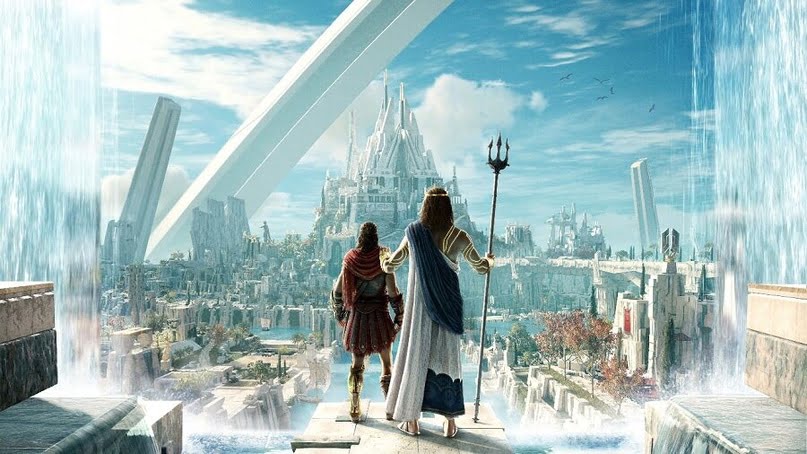 The Egyptian connection here is also interesting because Crantor, another ancient Greek philosopher, claimed that Egyptian priests declared the history of Atlantis to be written on pillars that still survive around 300 BC.

Manly P. Hall noted that before this cataclysm, part of the population left and did not succumb to selfish tendencies, which apparently led to the death of Atlantis.

Were the philosophical, religious and scientific knowledge of Atlantis transmitted? There are many similarities between the teachings of Atlantis and those of other cultures such as the Maya in Central America.

According to Manly P. Hall, from the Atlanteans,

“The world received not only a heritage of arts and crafts, philosophy and sciences, ethics and religions, but also a heritage of hatred, strife and perversions.” The Atlanteans provoked the first war; and it has been said that all subsequent wars have been fought in fruitless attempts to justify the first and undo the evil it caused.

“Before Atlantis sank, its spiritually enlightened initiates, realizing that their land was doomed, since it had descended from the Path of Light, left the ill-fated continent.

Taking with them the sacred and secret teachings, these Atlanteans settled in Egypt, where they became its first divine rulers Almost all the great cosmological myths underlying the various sacred books of the world are based on the mystery rituals of the Atlanteans.” Manly P. Hall in The Secret Teachings of All Ages. 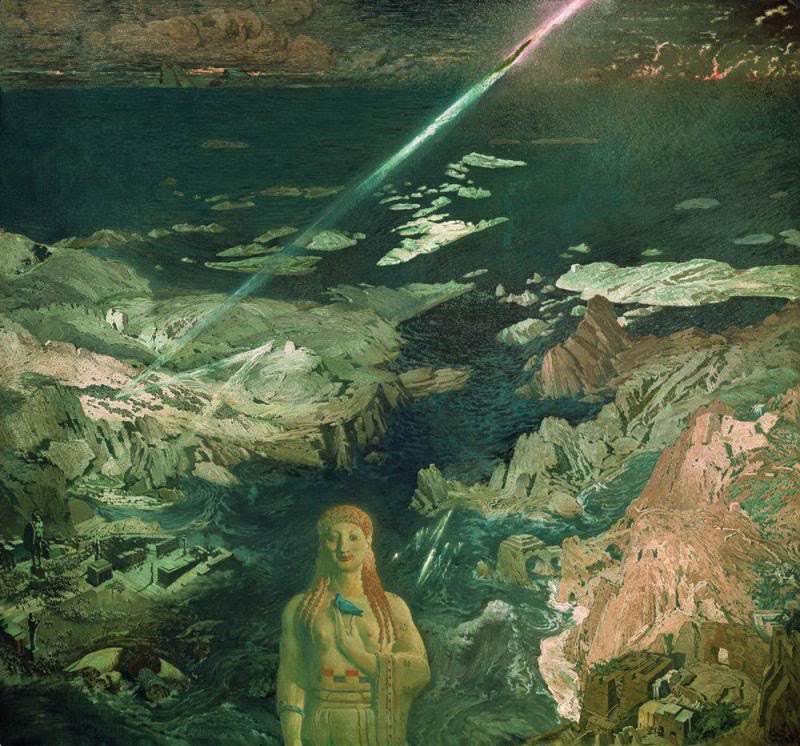 One of the most interesting parts of this story, in my opinion, is that this place is often remembered as a place of glory, light and abundance, which it was. But they were not immune to the dangers of extreme greed, ego, and the desire for material wealth, power, and control.

The ancient civilization of the Atlanteans, if it really existed, has some similarities with what we observe in the modern world.

Oddly enough, our civilization has become one that craves power, control and material wealth. We are sacrificing the health of our planet and all life on it for economic gain and “globalization”.

We may not be able to focus on the most important things, such as service to others, ethics, morality, and our potential to create a world where everyone can thrive together as one.