(ORDO NEWS) — Vivid visions at the end of life are not just nonsense, scientists are sure. Before death, many people see vivid and meaningful visions, according to the stories of representatives of different cultures and throughout human history.

However, this phenomenon has been little studied by scientific research. But a recent study published in the American Journal of Hospice & Palliative Care – the first to focus on patient perception – found that most of these visions are a source of personal comfort.

They evoke a sense of peace, a change in perspective, or an acceptance of death, which suggests that healthcare professionals should recognize visions as a positive part of the dying process.

Researchers at Demen College and Buffalo Hospice, an agency of the Center for Hospice and Palliative Care, studied 63 patients admitted to hospice over an 18-month period. The researchers interviewed patients daily, asking them about any visions and writing down detailed descriptions of them.

Most participants reported having experienced at least one vision that was much more vividly remembered than dreams or delusional episodes, and these near-death visions were realistic and emotionally significant. 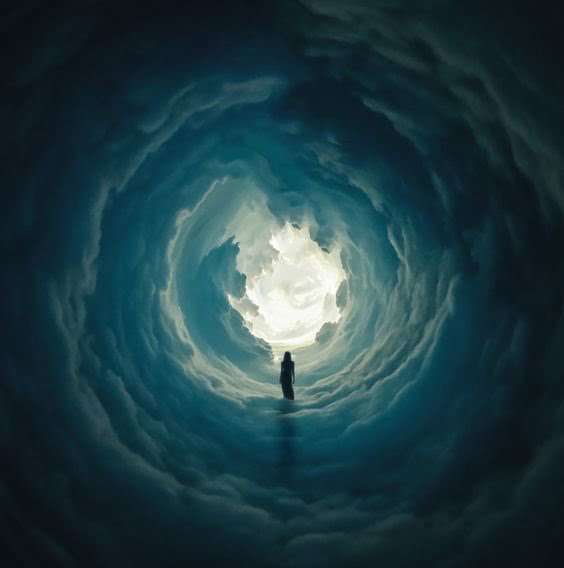 The researchers’ analysis identified six categories that encompassed all visions – for example, it was common for participants to see deceased loved ones waiting for them.

As death approached, patients tended to move from visions of living people to visions of the dead, which patients described as more comforting.

A major theme that emerged from the study was that end-of-life visions are a source of comfort. Previous research has come to similar conclusions: A survey of hospice nurses in 2013 and 2014 found that 89 percent of them believe that such experiences are associated with a calm and peaceful death.

However, according to one of the co-authors of the study, physician Christopher W. Kerr, medical professionals tend to ignore deathbed visions. He says most doctors casually write these cases off as delusions or drug side effects. 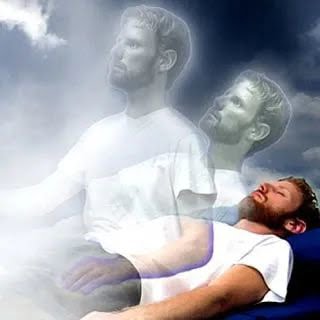 Researchers believe that such a dismissive attitude towards the experiences of dying patients can be detrimental to their mental health.

“We need to treat the patient, not just the disease; what matters is overall quality of life at the end of life,” says Pei S. Grant, director of research at Hospice Buffalo.

She and her colleagues invite families and practitioners to talk about visions with patients, who are often happy to share their visions when asked about it after being brought out of near death. 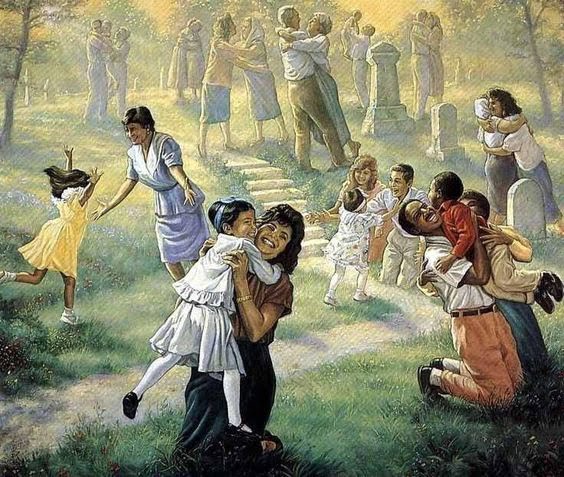 This allows patients to review their lives, analyze the feelings associated with death, and come to terms with past experiences. “Just being there and listening is what the patient wants,” says Grant.

Recognizing the personal significance of these experiences at the end of life can help patients and their families navigate the difficult transition from dying to death.”

Visions of lost loved ones

As they approach death, patients often see realistic and memorable visions in one or more of these six categories, according to new research:

Comforting Presence: A loved one – most often deceased, but sometimes alive – brings comfort.
2. Travel preparation: Patients prepare for travel. In a vision of one patient, she boarded a plane with her (living) son and felt comforted.

3. Seeing or communicating with the deceased: Friends and relatives who have died play an important role that patients find overwhelmingly reassuring.

4. Waiting for loved ones: Dead friends often appear to be “waiting”. Three days before her death, a woman reported visions and dreams in which she was at the top of the stairs, and her (now deceased) husband was waiting for her at the bottom.

6. Unfinished business: Several patients report disturbing visions centered on the fear that they will not be able to complete important tasks. Two young mothers talk about how they felt worried about their children.