(ORDO NEWS) — Black holes have been an object of “astronomical fascination” ever since Albert Einstein predicted their existence in 1916 based on his newly developed general theory of relativity.

We have come a long way since then:

How do scientists observe black holes?

You might be wondering how this works, considering that even light can’t leave a black hole, which means getting an image of it must be something impossible.

This is generally true, but like tracking the orbits of stars around a black hole, we gain important information by observing the distribution of gas behind it.

The orange gas we see in images of black holes doesn’t really have that shape; we get a distorted image due to the gravitational effect of the black hole on the surrounding light. This process, called gravitational lensing, can tell us a lot about the characteristics of a black hole. 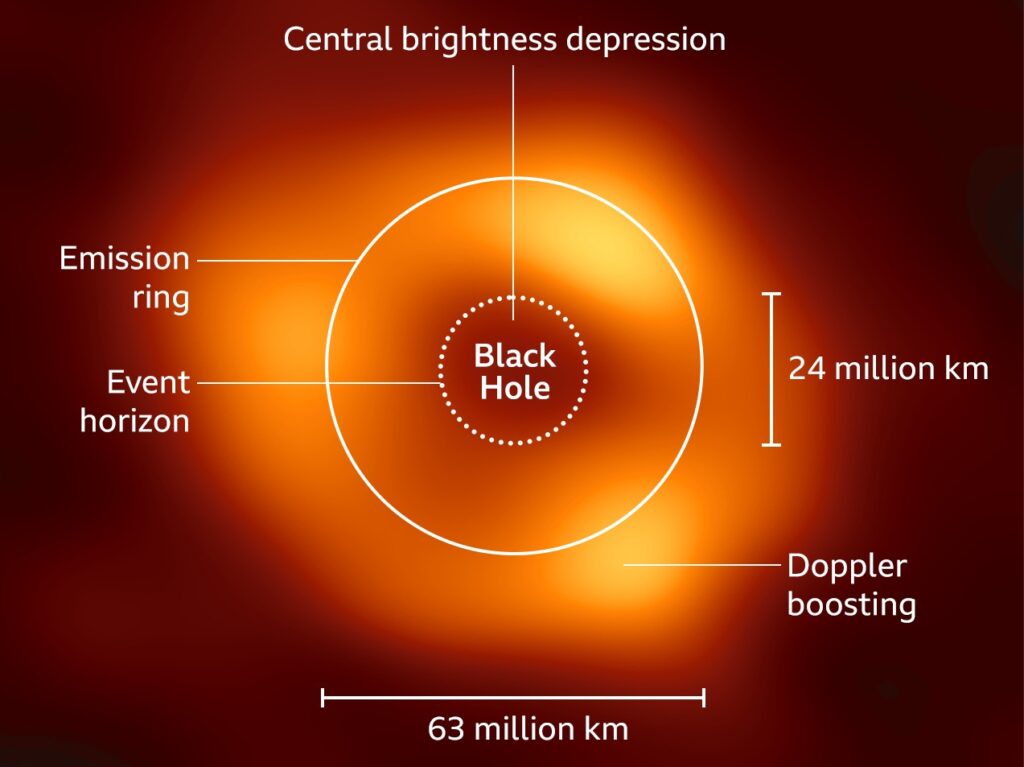 EHT is an array of telescopes, which is a global network of radio telescopes with a very long baseline across the Earth, approximately equal to the diameter of our planet, which allows you to receive data of the highest possible resolution.

The received data is combined, and then given to the supercomputer for processing, which creates an image. The computing power required to process such an array of data is comparable to the continuous operation of 2000 modern computers at the limit of their capabilities during the year.

The image helps us determine the mass of the black hole, and as more images become available, it will be possible to create an animated time series (video) showing how matter falls into the black hole over time.

However, to create such a video, we will need years of continuous observations, since processes of this magnitude are very slow.

Today, when we have two images of black holes, we can say with confidence that the methods used are working, and over time, the study of black holes will only become easier as we gain experience and get more and more advanced equipment at our disposal.