(ORDO NEWS) — Agree, it would be very convenient if there was a tunnel in the Universe connecting two regions of space-time : flew into it and flew out somewhere in another galaxy.

Such hypothetical tunnels ( wormholes or wormholes ) are considered by some scientists to be the product of science fiction. Although, as the same scientists note, if wormholes really exist, they are extremely unstable and quickly collapse.

Let’s assume wormholes are 100% real, but how do we find them? To search for wormholes, we need a black hole, stars in its orbit, and modern equipment to predict the behavior of stars, according to a new study.

It is believed that wormholes are something like a “fold” in space-time.

Now imagine that the fabric is space-time, and the fold between the dots is a wormhole. Physicists Albert Einstein and Nathan Rosen published a massive study on this in 1935 and their concept was called the Einstein-Rosen bridge.

Finding wormholes in the Milky Way is not that difficult, according to a new publication by scientists from the University at Buffalo and Yangzhou University.

They argue that the tunnel, as it were, combines two regions of space, which means that such massive objects as stars located at the other end of the wormhole, gravitationally affect the stars near “our” end of the tunnel. 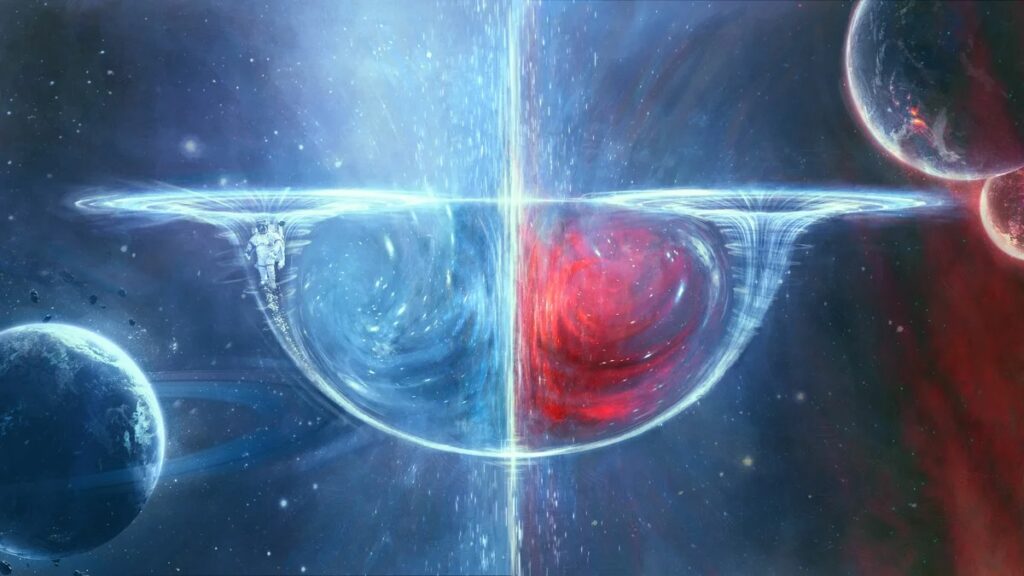 In order for a wormhole to form, an extreme gravitational environment is needed, like around a black hole or even inside a black hole’s event horizon.

So where do we find a massive black hole in the Milky Way and a few stars in orbit around it?

The galactic center of the Galaxy is quite suitable, because the supermassive black hole Sagittarius A * rests there, and a whole group of stars revolves around it.

If there is a wormhole in that region, then we can fix it by observing the movement of stars.

“If there is a star on each side of the wormhole, then our star should feel the gravitational influence of the star on the other side,” said cosmologist Dejan Stojkovic of the State University of New York at Buffalo.

“The gravitational flow will pass through the wormhole.

Using the software it is possible to predict the movement of stars around Sagittarius A* and if we notice a deviation, then it could very well be caused by a wormhole.”

This is actually more difficult than it might seem at first glance.

The mass of Sagittarius A* is 4 million times the mass of the Sun and is by far the dominant gravitational force in the region. Trying to fix the deviation in the movement of one or even several stars is painstaking work.

In the event that the wormhole is inside the event horizon of a black hole, as some theorists predict, then we would not be able to see its effect on the orbit of stars at all, since the effect would be indistinguishable from the influence of the black hole itself. 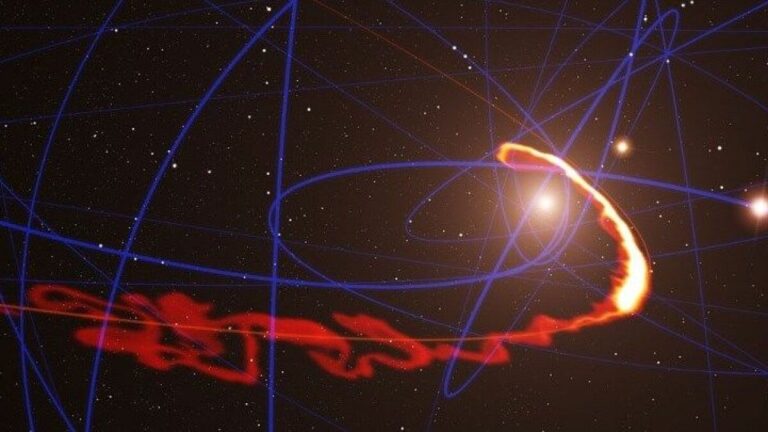 The good news is that we have a huge archive of data obtained during the observation of the star S2, which is located next to a supermassive black hole.

Two independent teams have been monitoring S2 for 25 years, and with each passing year, technology has improved to provide more accurate information.

There will be a lot to analyze, but even if we manage to fix a perturbation in the orbit of the S2 star, this will only be indirect evidence of the presence of a wormhole.

However, if we want to find a wormhole, then we need a starting point and Sagittarius A* with S2 is an ideal pair for this. However, even if we find a wormhole, travel through it is unlikely or completely unsafe.

“Even if a wormhole exists, people and spaceships are unlikely to squeeze through.

We need a source of negative energy to keep the wormhole open, and while science does not know how to do this without magic, ”concluded Stojkovic.