US, WASHINGTON (ORDO NEWS) — Astronomers have become even closer to unraveling all kinds of radio signals from space, which can be fixed from time to time.

On April 28, scientists recorded a strong flare of the star, which is located 30 thousand light-years from our planet. This burst of radio waves was single and its duration was only 0.1 seconds.

The burst provoked was a magnetar of the Milky Way, which is one of the neutron stars. They have a very strong magnetic field, a small diameter (no more than 30 kilometers), but the mass can exceed the mass of the Sun several times. 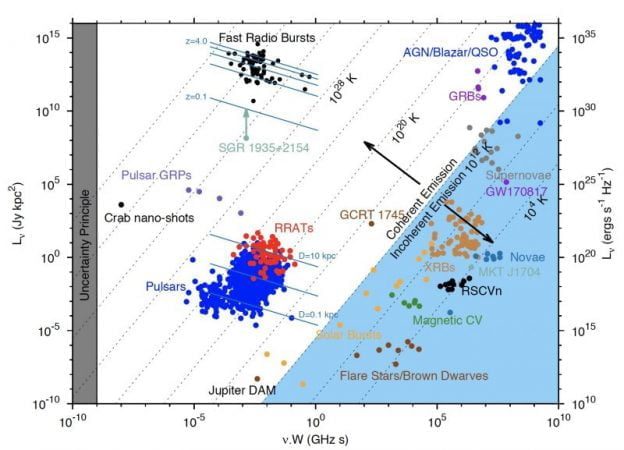 Scientists have analyzed various kinds of data and calculated that it is magnetars that can act as sources of strong radio bursts that regularly come from space. The first stars of this type were found in 2007. It is worth paying attention to the fact that the surge was so strong that the telescope for scanning the sky could not accurately evaluate it.

Experts noted that if it turns out to prove that magnetars emit incomprehensible signals, this does not mean at all that they are the only sources of radio signals coming from space. Some of the recorded signals can be repeated repeatedly and unexpectedly, some behave differently.

The woman showed the sun’s harm with a simple comparison

The woman showed the sun’s harm with a simple comparison