Scientists at the Harvard-Smithsonian Center for Astrophysics, who studied the data set, still do not have an accurate explanation of the origin of the “dark rays”. But based on their research , which was published in the scientific journal The Astrophysical Journal, they lean toward the assumption that light travels through clouds of cosmic dust – like rays of sunlight piercing clouds on Earth.

Looking at this new pic of IC5063 (from Barth's Prop15444), trying to figure out if I can make a color image… hmm maybe not, but are these cones I'm straining to see real, I wonder? 🤔 pic.twitter.com/EtMSyhhTkj

“I noticed dark rays almost immediately after opening the images in Photoshop to work on enhancing them,” Schmidt said. 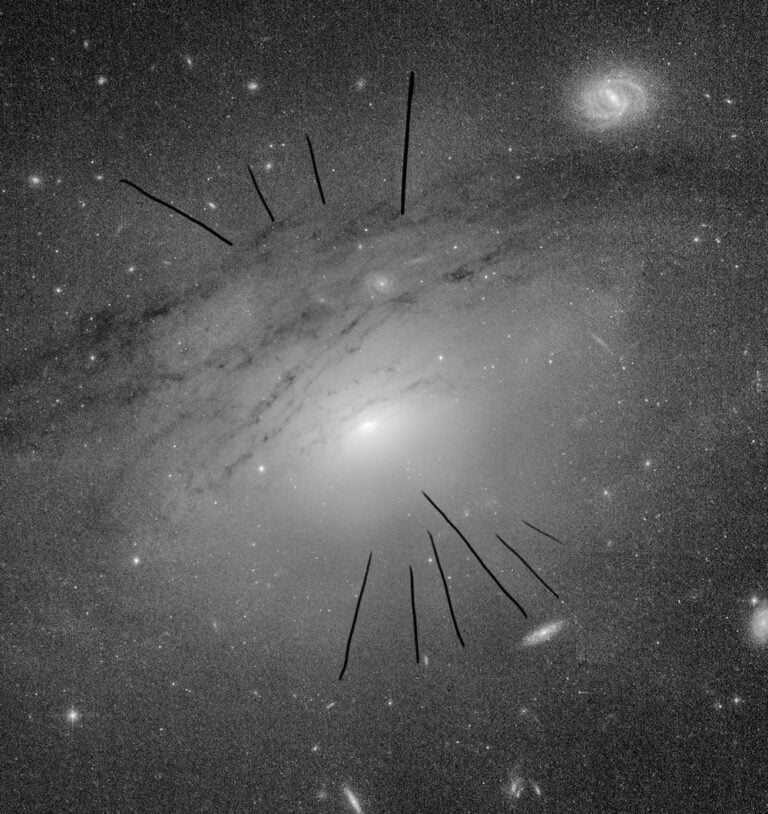 The main question remains: where did the giant toroid-shaped cosmic dust cloud come from, which, according to the researchers, surrounds the black hole, and why it passes light evenly in all directions.

“It is possible that the curvature of space creates gaps large enough for some of the light to pass through, and when the torus rotates, the rays of light can travel through the entire galaxy like a beacon beam through fog. We are probably witnessing something that cannot be seen directly, ”said Peter Maxim, astrophysicist and lead author of the study at Harvard.

Zombie outbreak: it is enough to evolve one parasite

Zombie outbreak: it is enough to evolve one parasite