(ORDO NEWS) — It turned out that our Galaxy in the distant past absorbed a rather atypical victim galaxy. Its conditional name is Gaia-Sausage-Enceladus (probably, a more euphonic one will appear later). Apparently, her origin was also unusual.

According to astronomers’ calculations, billions of years ago, our Galaxy collided with another, which had the opposite direction of rotation of the galactic disk. A noticeable part of our stars, especially dark matter, appeared precisely after this absorption. The corresponding article was published in The Astrophysical Journal

We live in a spiral galaxy called the Milky Way, which has an approximate disk diameter of 200,000 light years. The disk is the visible part, the bulk of the galaxy is located in its halo – a spherical region in which the disk is immersed.

There are very few visible objects in the halo, but there is a lot of invisible dark matter. The number of stars in our Galaxy is not yet clear, but it is unlikely that it is less than 200 billion, and the number of planets, apparently, is even greater.

Astronomers have been discovering here for a long time traces of stars, which are noticeably older than its main population – up to 13.5 billion years (that is, they arose almost immediately after the Big Bang).

A significant part of them are included in globular clusters – ancient compact formations, the presence of which in “wrong” places, where usually there are no globular clusters, indicates that in the past they were captured by the Milky Way as a result of its mergers with other ancient galaxies.

Some of these stars rotate “against the grain” (not like the entire galaxy), and some have an extremely elongated orbit, the inner part of which approaches the central regions of the Milky Way, and the outer one lies far beyond the edge of its stellar disk.

Questions about how and when this merger took place and what were the parameters of the captured galaxies are significant. Understanding the rate of evolution of galaxies as a whole and their typical sizes in the early Universe depends on them.

The fact is that now there are significant ambiguities in these issues: many supermassive black holes in the centers of ancient galaxies from the early Universe, which we observe in telescopes at large redshifts , have too large a mass. So much so that it is unclear how exactly they could have time to form so massive in a matter of hundreds of millions of years. 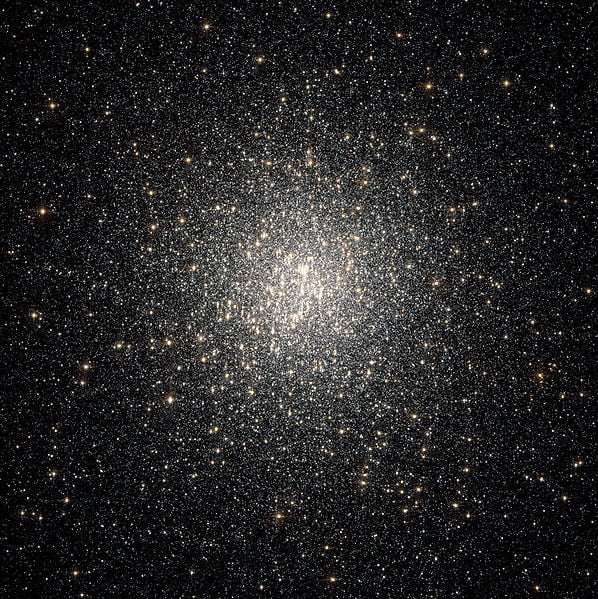 Now astronomers from the United States, Canada and Australia have tried to simulate the last collision of the Milky Way with large galaxies of antiquity. Such clusters are considered Messier 2, Messier 56, Messier 75, Messier 79, NGC 1851, NGC 2298 and NGC 5286.

Focusing on the ancient globular clusters in the Galaxy with “wrong” speeds and positions, the authors of the new work were able to significantly clarify the time of this event and parameters of the absorbed galaxy.