(ORDO NEWS) — In 2017 and 2019, our solar system was visited by at least two interstellar objects ( Oumuamua and 2I/Borisova ), which we managed to detect.

The identification of relatively small objects coming from interstellar space is a huge leap for science. However, the information we were able to glean about the nature of each of them was depressingly scarce.

If – or when – the next interstellar voyager decides to visit the solar system, will we be better prepared?

Will we be able to spot it earlier in order to have time to launch an interceptor spacecraft and take pictures from a close distance? It was the planning of this format that a team of astronomers took up.

When ‘Oumuamua was spotted, sci-fi fans immediately saw parallels with the plot of Arthur C. Clarke’s Rendezvous with Rama, in which a manned spacecraft is sent to investigate a mysterious cylindrical object that turns out to be a huge alien craft.

However, the action of this beautiful novel takes place in the 22nd century, when people already have, for example, a base on Mars and great opportunities to intercept approaching objects. Today, unfortunately, we have nothing of the kind.

Then a method is proposed for intercepting and studying an object of this kind using an unmanned spacecraft.

It is worth noting that this work is far from being realized by NASA or any other space agency. If the idea is approved, then the final version of its implementation will most likely look very different.

However, the paper, which has not yet been peer-reviewed, sets the tone for a serious conversation about how one of the most exciting space missions of the near future can begin.

The authors of the article expect that we will find about 15 interstellar guests per decade, which increases our chances of organizing the study of at least one of them.

The first step towards intercepting a mysterious object is timely detection.

With the advent of many new telescopes that have either recently been connected to the global constellation, or are about to appear, this condition is quite feasible. 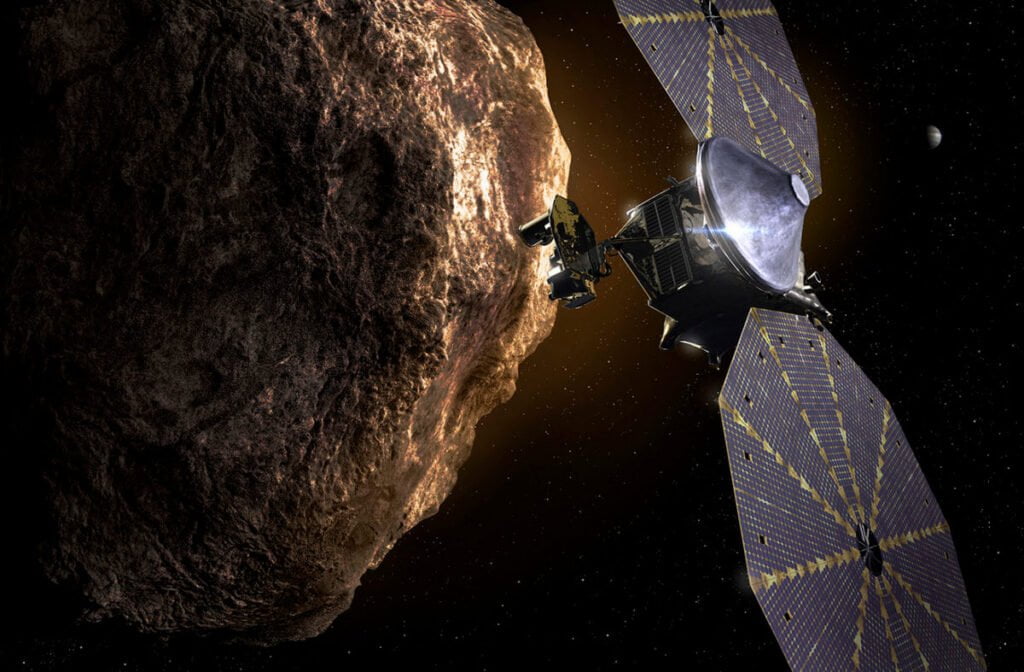 After that, we need a spacecraft ready to fly. Instead of dealing with delays associated with launching from Earth, for example, due to bad weather, the authors of the study propose to send it into space in advance.

When the probe reaches the Lagrange point – they suggest L2, where NASA’s James Webb Space Telescope is based – it will go into “sleep mode” and be activated only when needed.

Of course, a mere fly-by, even at close range, of an object coming from interstellar space will not be enough to quench astronomers’ thirst for knowledge.

The authors of the article believe that pictures taken even from a distance of 1000 kilometers are likely to raise more questions than they answer.

Probably, the interception of such an object in order to drop the descent vehicle on its surface is the most far-sighted solution.

One question remains: should such a spacecraft follow the first interstellar target, which may be an apparently boring object, or should we hope that one day something more interesting will visit us.

One of the authors of the preprint is Harvard professor Avi Loeb , who believes that ‘Oumuamua may be an artificially created apparatus – or part of it – that was launched by a more advanced civilization.

Loeb outlined his vision of the situation, supported by weighty arguments, in the book “Extraterrestrial. In Search of Alien Intelligence”.