(ORDO NEWS) — Using the Very Large Telescope (VLT) in Chile, which is part of the European Southern Observatory, astronomers watched as a supermassive black hole more than 8.5 billion light-years from Earth engulfed a star the farthest distance scientists have ever or have witnessed something similar.

The event was designated AT2022cmc.

Astronomers tracked the “feeding” in visible light, because the remnants of the star were “ejected” by a powerful jet directed directly towards the Earth. This observation led to the publication of two studies in the journals Nature and Nature Astronomy .

Such a terrible death of a star is called a tidal disruption event (TSE), which is a phenomenon that occurs when a star involuntarily comes too close to the event horizon of a supermassive black hole, where tidal forces have a destructive effect on the luminary, tearing it apart.

Apparently, even black holes sometimes need to “burp” after a hearty snack. In about 1% of cases, SPR cause plasma jets to fly out of both poles of the black hole. Exactly how the incredibly powerful jet capable of stretching thousands of light-years emerges remains a mystery. For now, anyway.

In order to observe the SPR, the jet of a black hole must be directed towards the Earth. The event, which unfolded at a distance of about 8.5 billion light-years from us, prompted researchers to point 21 telescopes, including the VLT, in its direction. 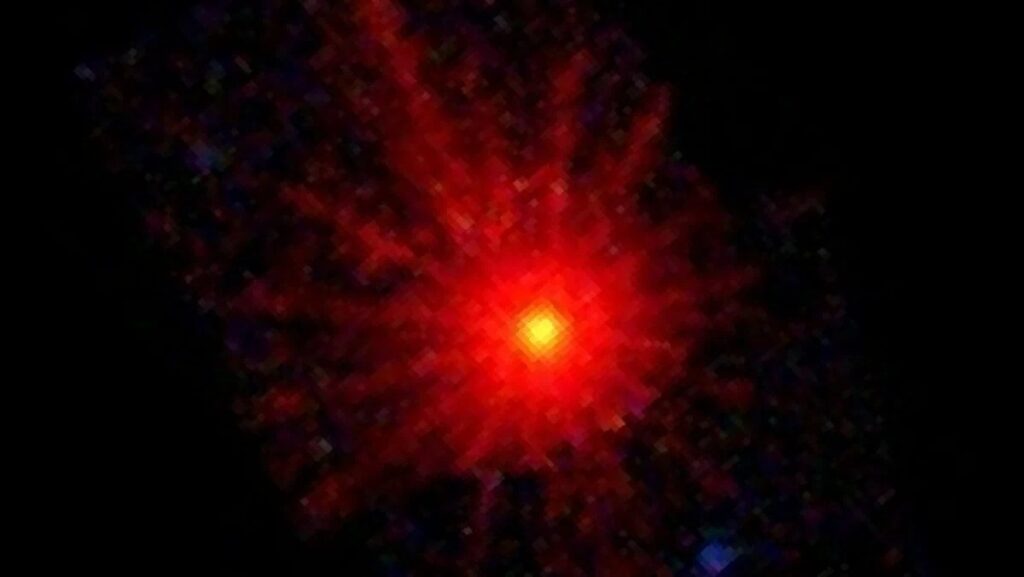 When matter from the jet was first discovered, astronomers expected the cause to be a gamma-ray burst, one of the brightest and most energetic outbursts of energy in the universe. Of course, they were stunned to find a feeding black hole located at an incredibly great distance from the Earth.

“This particular event was 100 times more powerful than the afterglow of the most powerful gamma-ray burst,” said Diraj Pasham, an astrophysicist at the Massachusetts Institute of Technology and co-author of the study.

“It was something extraordinary.”

Pasham and his colleagues calculated that for the jet to remain so bright, the black hole would have to “devour” matter every year, the mass of which would be equivalent to 50% of the mass of the Sun.

“We have an example of insane hypernutrition,” Pasham added.

Undoubtedly, astronomers are dreaming of learning more about these elusive SPMs in order to better understand how supermassive black holes grow (evolve) and how they affect the galaxy, determining its future. The AT2022cmc event is a good start.