(ORDO NEWS) — Some time ago, astronomers confirmed that two new Einstein crosses were discovered, which are extremely rare. They differ from all those objects that experts found earlier.

There are very interesting objects in deep space that can only be seen with the help of specialized equipment with enormous power. Einstein’s crosses are just such objects. 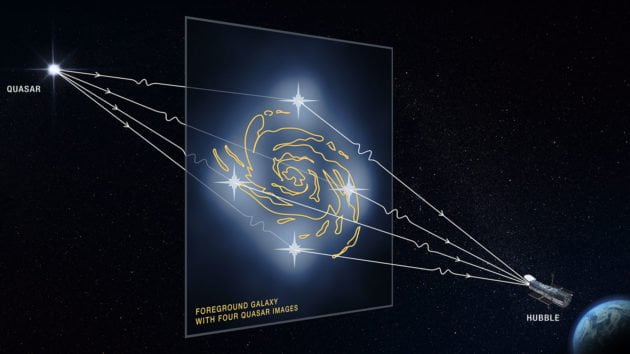 These are special events of gravitational casting, or in other words, the influence of massive matter on light. Due to the fact that the light beam is influenced by the gravity of the huge ones, its trajectory changes.

A massive object can be a galaxy, star or planet. They can act in the same way as a gravitational lens. Previously, scientists only knew about a few objects such as the Eystein cross.

Nicola Napolitano conducted a study, as a result of which it was possible to confirm the existence of two more new objects of this type. The uniqueness of these Einstein crosses lies in the fact that the lens sources are quasars, not galaxies. Experts have never seen such objects before.