(ORDO NEWS) — This galaxy was spotted by a team of astronomers from the Indian Institute of Astrophysics in Bangalore while exploring the known interacting galaxy.

The researchers said that such galaxies can account for up to 15% of the mass of the universe.

A team of Indian astronomers have discovered a faint star-forming galaxy that has so far gone undetected in front of a larger, brighter galaxy. The ghost galaxy has stars still forming. It is located in our space region only 136 million light years away.

The galaxy was discovered by a team of researchers from the Indian Institute of Astrophysics in Bangalore, along with collaborators from other countries, while studying the known interacting galaxy NGC6902A. 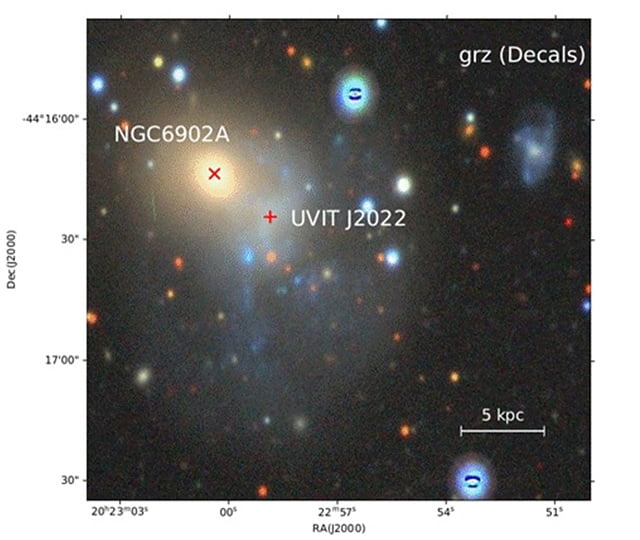 These emissions came from young O and B stars, the most massive and shortest-lived stars in the galaxy. This excess of light prompted researchers to investigate this feature in more detail and determine the cause of the interaction.

The galaxy has a low brightness that is at least ten times fainter than the surrounding night sky, making it difficult to detect.

However, powerful optical telescopes have been able to capture this faint brightness emitted by these galaxies. The researchers said that such galaxies can account for up to 15% of the mass of the universe.

The study, published in the journal Astronomy and Astrophysics, raises the possibility that there may be similar diffuse galaxies that have been misinterpreted as interacting galaxies due to their proximity to each other.