(ORDO NEWS) — Using state-of-the-art astronomical instruments, an international team of researchers has confirmed the existence of Proxima b, a planet similar to Earth, which revolves around the closest star to our solar system, Proxima Centauri.

“Confirming the existence of Proxima b was an important task, and it is one of the most interesting planets known around the Sun,” said Alejandro Suárez Mascareño, lead author of an article on a study accepted for publication in Astronomy & Astrophysics.

Astronomers have found that Proxima b is 1.17 times the mass of the Earth, which is 1.3 times less than the previous estimate. He makes a revolution around his star in just 11.2 days.

Calculating the mass of a distant planet with such accuracy is “completely unheard of,” said Michelle Major, 2019 Nobel Prize laureate, who laid the foundation for the technology that made the discovery possible.

Proxima b was first discovered in 2016 using the HARPS (High Precision Radial Planet Search Device), a planet hunting spectrograph mounted on one of the telescopes at the European Southern Observatory at La Silla Observatory in Chile.

Scientists have been able to hone their work on ESPRESSO, a new generation spectrograph also located at the observatory in Chile, which is three times more accurate than HARPS.

“We were already very pleased with the work of HARPS, which has discovered hundreds of exoplanets over the past 17 years,” Francesco Pepe, professor of astronomy at the University of Geneva, Switzerland, and leader of ESPRESSO.

“We are very pleased that ESPRESSO can make even better measurements, and this is also a reward for team work that lasts almost 10 years,” added Pepe, who is also the co-author of the study. 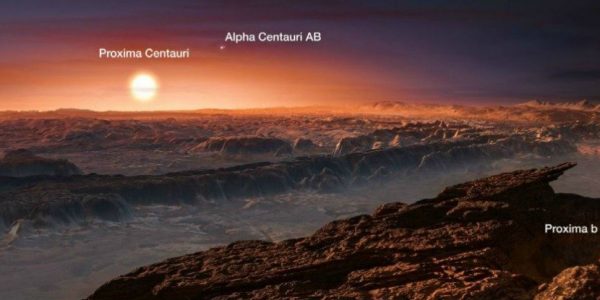 Although Proxima b revolves around her star at such close range, she still receives from her about the same amount of energy as the Earth receives from the Sun. And this is an opportunity to find alien life.

But there is bad news: Proxima Centauri tends to bombard any nearby planets with a huge amount of x-rays – Proxima b receives about 400 times more than the Earth receives from its Sun.

This leads to the question: “Is there an atmosphere that protects the planet from these deadly rays?” asked co-author Christoph Lovis, a researcher who worked on ESPRESSO, in a statement.

Lovis hopes that the next generation of spectrographs – the successor to ESPRESSO, RISTRETTO, already in development – can help us find the answer.

However, in order for us to become more familiar with Proxima b, which is “only” 4.2 light years from the Sun, with the help of a modern propulsion system, it will take several thousand years.

Hubble looked as far back as possible, but could not find the first stars

Hubble looked as far back as possible, but could not find the first stars