Nearly a month after the Event Horizon telescope took the first image of a black hole at the center of the Milky Way galaxy, astronomers have discovered a unique object in the universe – a black hole drifting through space.

Astronomers from the University of California at Berkeley have calculated that the mass of an invisible compact object is 1.6-4.4 times the mass of the Sun. The results of the observations will be published in the Astrophysical Journal Letters.

Astronomers believe that the object could be a neutron star. Neutron stars are dense, very compact objects, but their gravity is balanced by the internal pressure of the neutrons, which prevents the black hole from collapsing further.

With microlensing, we can examine compact objects and “weigh” them.

I think we’ve opened up a new way of looking at these dark objects that can’t be seen any other way,” said UC Berkeley assistant professor of astronomy and lead author Jessica Lu.

Astronomers estimate that there should be 100 million black holes among the 100 billion stars in our galaxy. But because black holes do not emit their own light, they are extremely difficult to detect. The results are the result of almost six years of work with data from the Hubble Space Telescope. 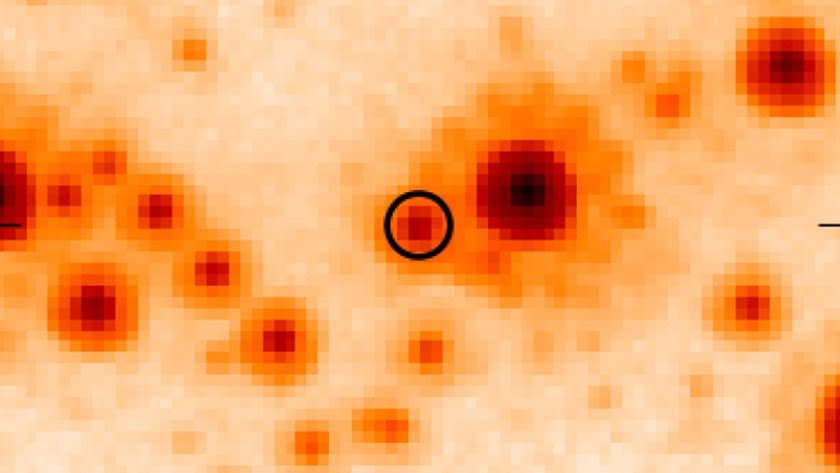 The rogue black hole lies about 5,000 light-years from Earth, in the Carina-Sagittarius spiral arm of our galaxy. However, his discovery allows astronomers to estimate that the nearest isolated stellar-mass black hole could be much closer to Earth, at about 80 light-years.

While the Berkeley team observed the microlensing event, the necessary calculations were made by a team of astronomers from the Space Telescope Science Institute (STScI) in Baltimore. An article describing the analysis of the STScI team led by Kailash Sahu has been accepted for publication in the Astrophysical Journal.

The Sahu team estimates that the drifting black hole is traveling through the galaxy at 160,000 km/h (fast enough to travel from the Earth to the Moon in less than three hours). This is faster than most other neighboring stars in this region of our galaxy.

“Whatever it is, the object is the first dark stellar remnant found wandering the galaxy unaccompanied by another star,” Lam added.

Astronomers used the Hubble telescope to measure the amount of deflection in the background star’s image by the black hole.