(ORDO NEWS) — Observations by the Japanese mission Hayabusa2 have led astronomers to doubt the true origin of the near-Earth asteroid Ryugu.

The Hayabusa2 mission launched in 2014, arrived at Ryugu in 2018, and returned samples of asteroid material to Earth in 2020.

In addition to collecting these samples, the mission remotely collected important data on the space body. While rock samples are still being studied, remote sensing has revealed three important features of Ryugu: its composition, shape and possible origin, Nagoya City University in Japan said in a statement.

Remote observations show that Ryugu is not a monolithic block, but an asteroid composed of small pieces of rock and solid materials brought together under the influence of gravity, according to a recent study. Ryugu also has the shape of a spinning top, which is likely due to its rapid rotation, the statement said.

Finally, observations have shown that Ryugu has a remarkably high organic content, indicating that it was not formed from the debris left after the collision of two large asteroids, as previously thought. Instead, Ryugu could be the remnant of an extinct comet that lost most of its water ice, the researchers suggested in their study.

However, when a comet flies into the inner solar system, it heats up very quickly as it approaches the sun, causing solid ice to turn directly into gas in a process called sublimation. This process leaves behind only rocky debris, which, in turn, condenses under the influence of gravity, forming an asteroid with a pile of debris.

“Ice sublimation causes the comet’s nucleus to lose mass and contract, which increases its rotational speed,” lead author Hitoshi Miura, an assistant professor at Nagoya City University, said in a statement. “As a result of this rotation, the cometary nucleus can acquire the rotation speed necessary to form the shape of the rotating top.”

“In addition, the icy components of comets are believed to contain organic matter formed in the interstellar medium,” Miura added. “These organic materials could be deposited on the rocky debris left behind by ice sublimation.”

Using a physical model, the researchers simulated how long it would take Ryugu ice to sublimate and also estimated the increase in the rotational speed of the resulting asteroid.

Their simulations showed that Ryugu likely spent tens of thousands of years as an active comet before moving into the inner solar system, where Ryugu’s ice evaporated, turning it into a debris asteroid, the statement said.

Further analysis of Ryugu samples will help confirm its origin. In turn, these high-organic debris asteroids could be what astronomers call comet-asteroid transition objects (CATs). The OSIRIS-REx mission, which aims to return samples from another near-Earth asteroid known as Bennu, will provide additional information about these types of objects.

“CATs are small objects that were once active comets but have become extinct and are outwardly indistinguishable from asteroids,” Miura said in a statement. “Through their resemblance to comets and asteroids, CATs could provide new insights into our solar system.” 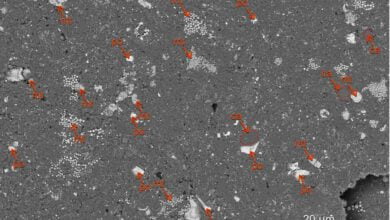 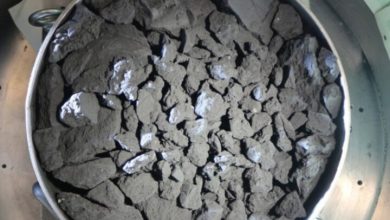 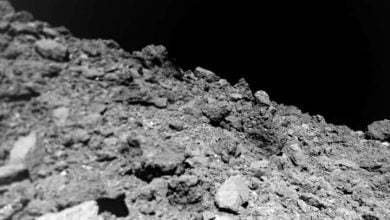