(ORDO NEWS) — In the past few months, many researchers have tried to understand what conditions exist or must be created on Mars in order for people to live there.

Relevant research ranges from energy and oxygen production to using Martian soil for plants and looking at what might happen to the dead of possible Martian colonies. An important question in this context is how to protect the surface of Mars from harmful radiation. Answer: an artificial magnetic field is needed.

The Earth‘s magnetic field acts as a protective shield against the solar wind, radioactive and X-rays. Due to its magnetic field, the Earth is also protected from atmospheric erosion, which probably happened on Mars.

The Earth’s magnetic field is created by the so-called dynamo effect, according to which “electromagnetic induction is caused by the interaction between convection in an electrically conductive substance and rapid rotation.”

An international research team has shown for the first time how, theoretically, it is possible to give Mars a protective magnetic field.

Because the Red Planet’s core is smaller and colder than Earth’s, restarting the dynamo will be very difficult, the researchers say. It would take a lot of nuclear power. In addition, it will be necessary to somehow drill to the core.

And even if scientists could do it, it would be unclear whether a dynamo effect could be created. The researchers also discussed the idea of ​​creating a large cylindrical coil in Mars orbit to create a magnetic field around the Red Planet, but dismissed it as too complicated and expensive. 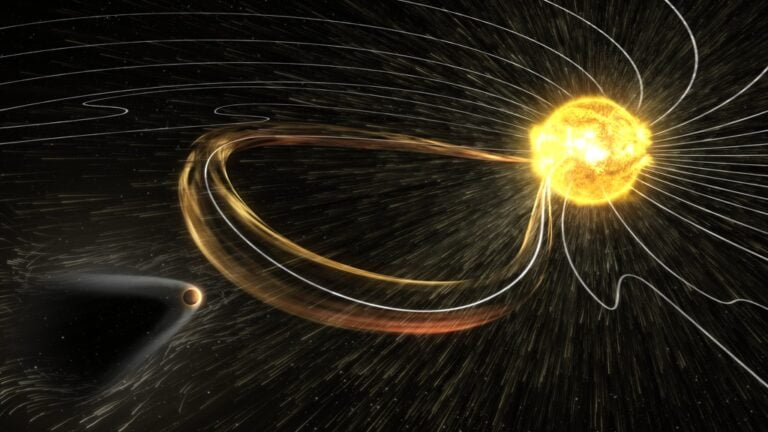 Phobos is relatively close to Mars, and it takes about eight hours to go around it. If someone were to ionize its surface, these charged particles would form a kind of ion protection ring around Mars. A similar process was observed with Jupiter’s moon Io.

According to the researchers, this will create a permanent magnetic field that will protect the surface of Mars. According to the document, the idea requires the least amount of resources and energy of all the proposals discussed in the study.