(ORDO NEWS) — In May 2018, the lithospheric plate under Puget Bay began to show activity and for a month scared Washington residents with regular tremors.

During this time, a sufficient amount of energy was released and scientists recorded an average magnitude of 6 points. After that, the southern part of the Canadian island of Vancouver shifted by a centimeter closer to the Pacific Ocean.

The event was quite lengthy and geophysicists such as Paul Johnson had enough time to collect data and analyze it. In 2017, the Paul Johnson team first began working with artificial intelligence (AI) to try to predict seismic activity.

Then, with the assistance of European colleagues, they recreated regular tremors in laboratory conditions and allowed the machine to identify patterns and draw conclusions. By the way, then AI still managed to make correct predictions several times.

The earthquake, which was discussed at the beginning of the article, became an ideal “training ground” for AI training, which in real time received a gigantic array of data and extracted something new for itself. Then it was cooler. 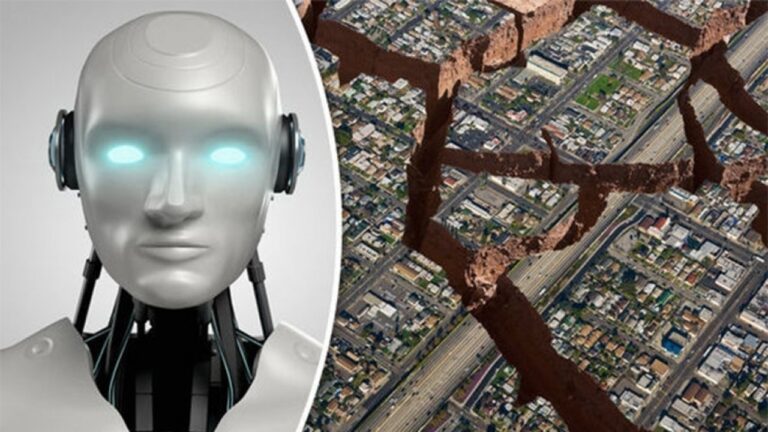 On September 15, 2019, an article was published on arXiv.org on behalf of Paul Johnson, who said that he and the team tested the capabilities of trained AI in earthquakes with slow sliding lithospheric plates in the northwestern Pacific Ocean.

What do you think came of this? AI predicted earthquakes in a few days!

“This is an exciting event. I think we really have achieved incredible success, ”commented Maarten de Hoop, a seismologist at Rice University, who commented on the result.

Research in this direction is ongoing and it is worth recognizing that AI has shown fantastic capabilities. Probably, in the near future, the machine will be able to predict earthquakes in any corner of the world, which will help to avoid fatal consequences.

Girl running after ice cream van blew up the Net

Girl running after ice cream van blew up the Net