(ORDO NEWS) — The Nazca Desert in Peru is like an art gallery, for those who can contemplate from above. However, even after decades of observing from the sky, we have barely explored a small part of this disappearing collection of giants among the rocks.

Last year, a Peruvian archaeologist told The Guardian that he thinks scientists have found only 5 percent of all Nazca lines in the desert.

Researchers at Yamagata University in Japan are currently working with local archaeologists to fix this, and their latest find of ancient lines almost doubles the number of drawings already known. It is reported by Science Alert.

One of the humanoid illustrations even appears to have some Homer Simpson-style facial hair. 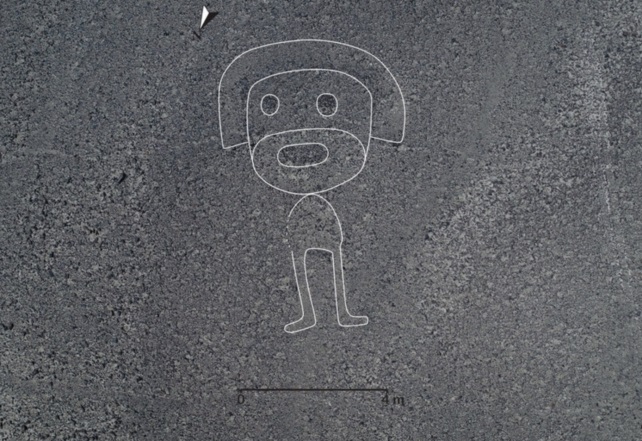 Some other designs etched into the landscape show birds, killer whales, cats, and snakes. Some of them are simple lines or trapezoidal patterns.

It is difficult to say when the drawings were made, but clay pots found near the lines date back to between 100 BC and 100 BC. and 300 AD

Many ancient drawings are “scribbled” on flat terrain, making them difficult to see from nearby vantage points.

Because the lines were created by removing rocks and debris to reveal the soil of contrasting color underneath, erosion only added to the difficulty in finding them.

The drones have allowed experts to see the Nazca lines with greater clarity than ever before.

The information they collect is analyzed by artificial intelligence (AI) capable of recognizing various patterns faster and more reliably than the human eye. In 2019, AI actually discovered a new drawing of the Nazca line. 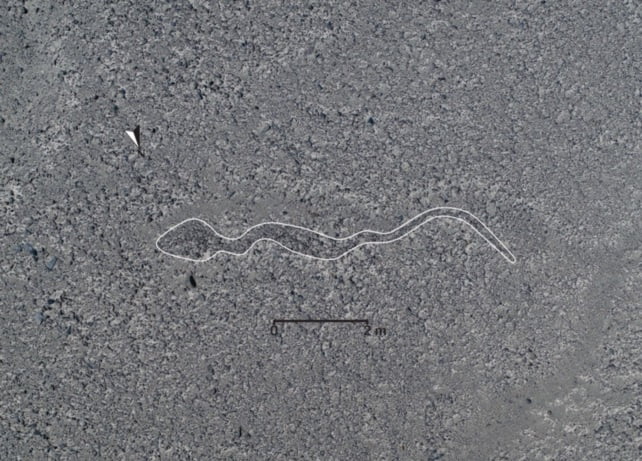 The Nazca geoglyphs are one of history’s most intriguing mysteries, and even if archaeologists find more, it likely won’t get us any closer to understanding their purpose.

For some inexplicable reason, between 500 B.C. and 500 AD Societies in southern Peru have built simple lines, shapes and figures across the landscape, many of which can only be seen in their entirety from above.

The lines have been interpreted in different ways over the decades, but the most common explanation is that they were meant for heavenly gods who looked down on people.

According to another theory, these figures and patterns were drawn for ritualistic astronomical purposes and must somehow reflect the stars. 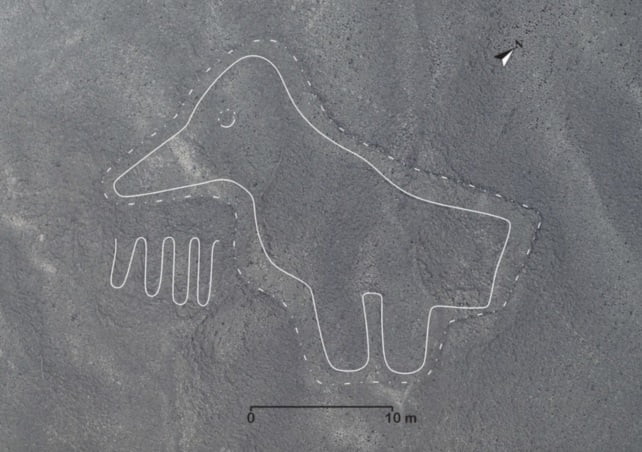 In 1994, when part of the Nazca Desert was declared a World Heritage Site, only about 30 “geoglyphs” were found, and they were mostly depictions of plants and animals.

As it turns out, this was just the tip of the iceberg. By 2019, archaeologists had discovered a total of about 200 geoglyphs, some of which depicted humanoid figures.

Thanks to the latest drawings discovered by researchers at Yamagata University, the official number of known Nazca lines now stands at 358. 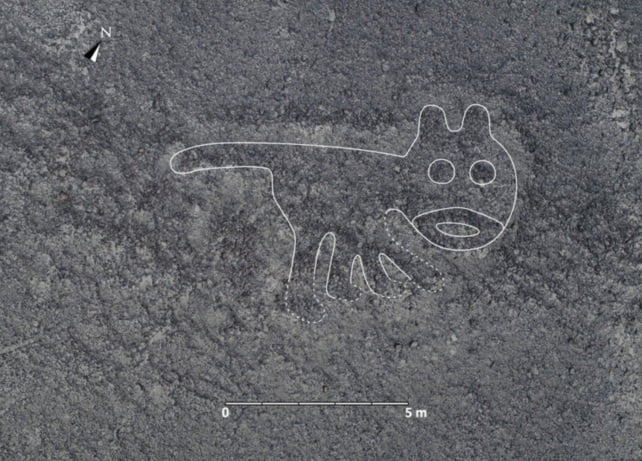 In all likelihood, there are many more ancient works of art hiding in the desert, and scientists from Yamagata have set themselves the task of counting as many of these mysterious drawings as possible.

Horrors of Jack the Ripper’s latest victim : A story not for the faint of heart

Horrors of Jack the Ripper’s latest victim : A story not for the faint of heart