(ORDO NEWS) — Professor Swaran Singh argues that there may be levels of consciousness that are driven by something deeper than just brain activity.

Warwick University psychiatrist Swaran Singh attempted to ascertain the scientific validity of mystical experiences by describing his own transcendental encounter as he emerged from a state of general anesthesia.

Describing the strange phenomenon in detail in the Journal of Nervous and Mental Diseases, Professor Swaran Singh explains how he came to “understand the cosmos not in the cognitive sense of knowledge, but on the basis of an experience that is difficult to articulate.”

An unusual event occurred nearly 40 years ago on April 4, 1984, during postoperative recovery from a serious car accident.

Since then, Professor Singh has devoted himself to the study of the objective sciences, but insists that this experience “becomes more and more visible in my sense of self and understanding of the relationship between the empirical and the transcendent.”

Describing this experience, he says that it was imbued with a “noetic feeling”, which is defined as “a feeling of revelation and full understanding”. According to the author, the strange phenomenon lasted from ten to 12 minutes and allowed him to “know something completely and completely that I had never known before.”

“I don’t know how I know, but I know that I know,” he writes, and then tells how he came to fully understand the relationship between “space, time, energy, matter and life.”

In trying to establish the source and causes of this unexpected phenomenon, Singh insists that “these phenomena must have a neural basis.”

Delving into this issue, he talks about how the activation of brain regions such as the insular cortex, premotor cortex, and lower parietal lobe has been associated with mystical experiences during meditation or under the influence of psychedelic drugs.

He also notes that any such changes in his own brain activity were most likely provoked by a “psychological state of confusion”, but at the same time claims that the knowledge gained during the experience was reliable.

Thus, he bridges the gap between empirical science and the indefinable power of pure experience, and argues that while neural activity undoubtedly determines our mental processes, certain levels of consciousness may be due to something deeper than just brain activity.

“Brain states are machines. They don’t give us intelligence,” he writes. “And subjective meaning cannot be reduced to a state of the brain, regardless of the strength of the statistical connection between them.”

Thus, ultimately, this article highlights a philosophical paradox that threatens to frustrate the quest of mainstream science to find a scientific explanation for consciousness, experience, and ultimately reality itself.

Having outlined this seemingly fundamental conflict, Singh concludes: “I cannot know what kind of reality I experienced – caused by drugs, lucid dreams or something else, but it was – reality.”

Anesthetic has been found to drastically change Primate Brain waves

Anesthetic has been found to drastically change Primate Brain waves 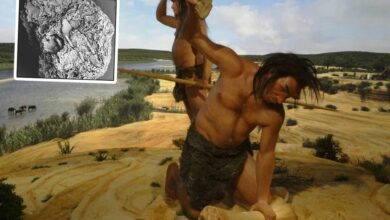