(ORDO NEWS) — Turkish archaeologists discovered the heads of Greek gods during excavations in the city of Aizanoy.

Aizanoi was founded as a Phrygian city on the western outskirts of the Phrygian kingdom.

During the Hellenistic period, the city passed between the power of the Pergamon and Bithynia kingdoms, and then came under the control of the Romans in 133 BC.

The bulk of its monumental buildings date back to the 3rd century AD, when Aizanoi was an important political and economic center in the Roman province of Phrygia Pakatiana. 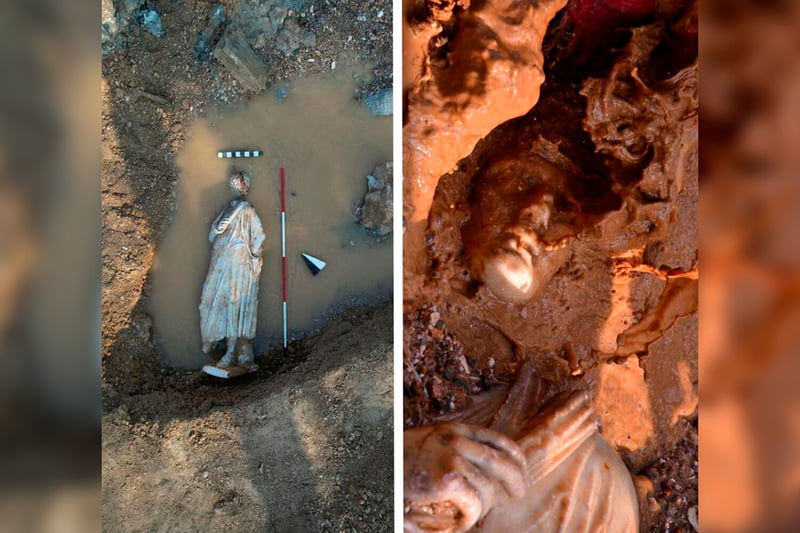 Archaeologists from Kutahya Dumlupinar University have been excavating in the immediate vicinity of Roman bridges crossing the Penkalas stream, a tributary of the Rindakos River.

He found stone heads depicting Greek gods: Eros (god of love), Dionysus (god of grapes and winemakers, as well as ritual madness, religious ecstasy, festival and theater), the demigod Hercules, and several other gods from the Greek pantheon.

The team also found a near-finished statue that was missing only half of its pedestal and one leg. The statue is over 2 meters high and depicts a male figure.

Scientists have not yet figured out whether the statue is a monument to one of the inhabitants of the city, or also depicts a god.