(ORDO NEWS) — Scientists have found that the artificial structure was not connected to the sea: instead, it served the adjacent temples. 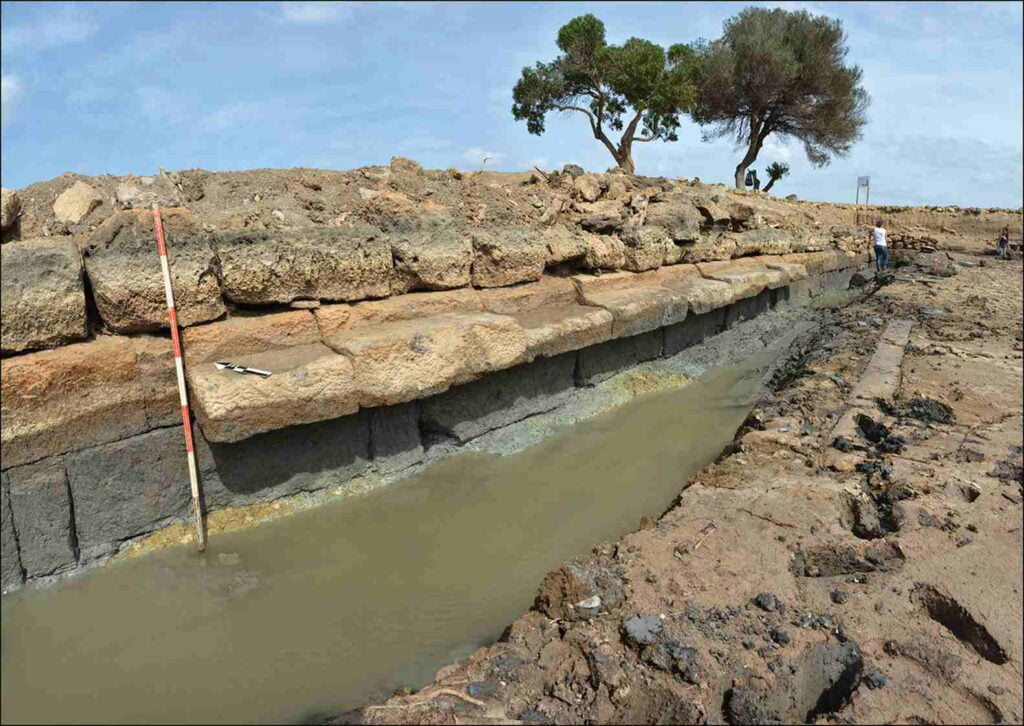 Previously, archaeologists believed that this was the wall of the inner harbor

Located in the center of the Marsala lagoon on the western coast of Sicily, the island of Motia (now San Pantaleo) is small: its area does not exceed 45 hectares.

But this islet was the site of a flourishing settlement during the Bronze and Iron Ages. The island had access to natural resources salt, fish, fresh water as well as a well-defended harbor at a strategic location between North Africa, Iberia, and Sardinia.

Since the second millennium BC, the island has attracted people from all over the Mediterranean. And the Phoenicians, the best navigators of antiquity, could not sail past such a place. They founded their settlement on Motia at the beginning of the 8th century BC.

Archaeological finds suggest that the Phoenicians integrated with the local population (Elymians) and gave rise to the Western Phoenician culture, which was quite noticeably different from their original.

After the study, the pool was filled with water from natural sources, and archaeologists placed a statue of Baal in the center

Archaeologists have been excavating a settlement on Motia since the first half of the 20th century. Excavations in 2002-2020 focused on a large (52.5 by 37 meters) rectangular stone-lined reservoir. The researchers decided that this was Coton, an artificial harbor of the Carthaginian type.

Most of these harbors date back to the Punic Wars. New work by Italian archaeologist Lorenzo Nigro, published in the journal Antiquity , claims that was not the case at all.

Professor Nigro conducted a re-examination of the reservoir and came to the conclusion that its purpose is not practical (harbour), but ritual. It was a sacred pool at the center of a huge religious complex.

The fact is that previous research found the temple of Baal on the edge of the Motiya basin, and not the alleged port facilities.

The temple was very surprising to archaeologists who expected to find infrastructure instead that would testify to the connection of the inland reservoir with the sea – that is, would prove that this is precisely the inner harbor. Such an unexpected discovery prompted a re-examination of the reservoir, which began in 2010. 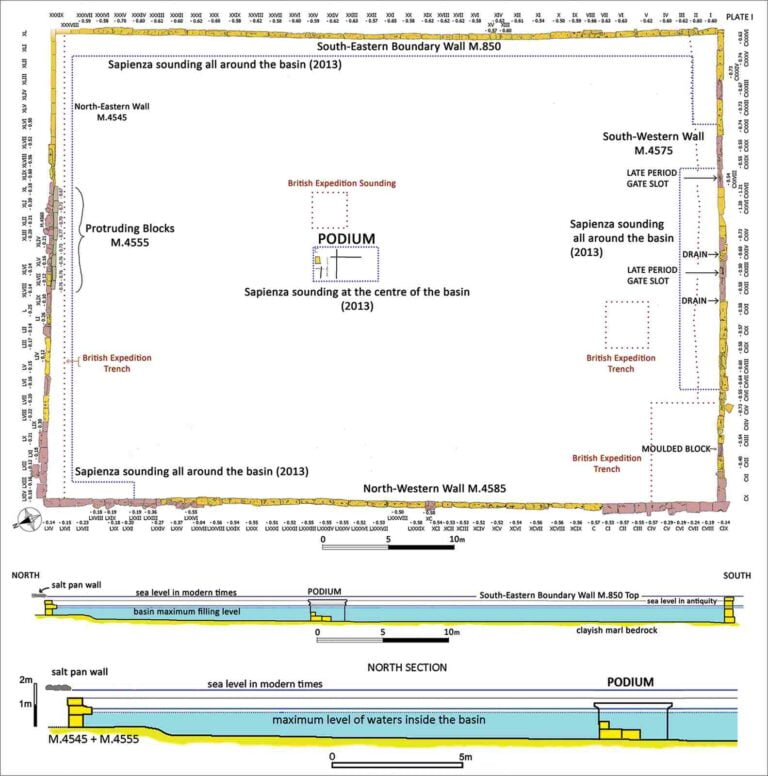 Scheme of the temple complex around the poo

During the excavation, the researchers completely drained the reservoir in order to study it from the inside. As a result, the following turned out: despite the outward resemblance to the Carthaginian cotons, the pool on Motia could not be one, because it is simply not connected with the sea – it was filled with fresh water from natural sources.

Archaeologists have also unearthed additional temples along the edges of the pool, as well as stelae, altars, votive offerings, and a plinth in the center of the pool that once stood a statue of Baal, the god of fertility, war, sky, sun, and water.

A new interpretation of the excavations at Motia makes what was thought to be a coton, one of the largest sacred pools in the preclassic Mediterranean. It illustrates the many functions and varied symbolism of places of worship in the Phoenician world. 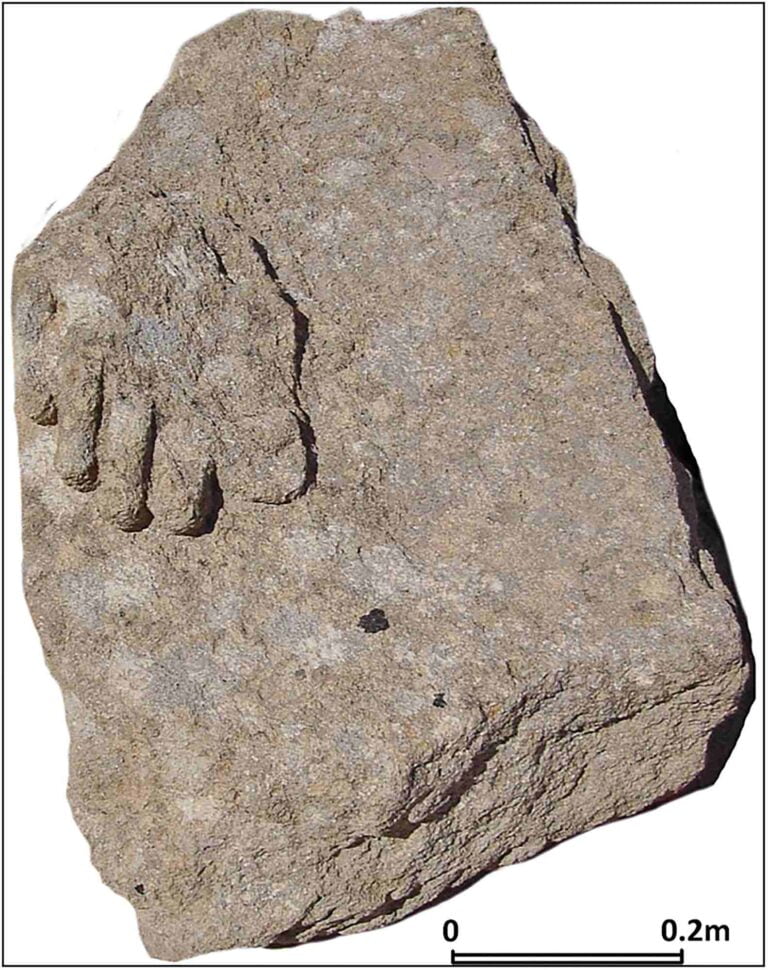 A block with a carved foot of the statue, found on the edge of the pool

Sacred lakes or pools were known in Egypt, where they were dedicated to the goddess Mut (in Tanis), the gods Amun (in Karnak) and Thoth (in Hermopolis), the latter possibly inhabited by sacred ibises, and also in Mesopotamia, where the pools were used for sacred fish. By analogy, Nigro suggests that other sacred animals, such as geese, could also live in such pools.

The work also notes that the builders of the pool oriented it by the stars, making the picture of the firmament part of the rituals.

For example, Capella (Alpha Aurigae), the sixth brightest star in the night sky, rises in the north at the autumn equinox, and its position is marked by a niche with traces of offerings. Orion, identified with Baal, rises in the east – southeast during the winter solstice – the temple of Baal is oriented in this direction.

These discoveries are of great importance, especially in relation to the origin of the Phoenician settlement, its development into a city, and the functions of some of the main local monuments.

The cult and astronomical role played by the temple complex and pool in the emergence and development of Motia suggests that the pre-Phoenician population of the island was open to cultural interaction and hybridization: this counterbalanced the increasing political and economic dominance of Carthage.

Consequently, Motia was a place quite different from the rising western Phoenician power of Carthage. Carthage did not forgive such freedom and did not provide military assistance to Motia, when in 397-396 BC the Syracusan tyrant Dionysius laid siege to the city and then destroyed it.